Harry Kane on why England are stronger than they were at the World Cup, playing with ‘fearless’ Phil Foden… and the TV drama he aims to finish by Sunday’s Euro 2020 opener against Croatia

The Tottenham striker captained the Three Lions to the last four in Russia, where they were knocked out by Croatia, who they will play in their Group D opener at the European Championship on Sunday.

Kane told the Official England podcast how much the 2018 semi-final loss against Croatia hurt, as well as discussing the squad’s improvement since that tournament – including ‘fearless’ Manchester City midfielder Phil Foden – and playing in front of fans again at Wembley. 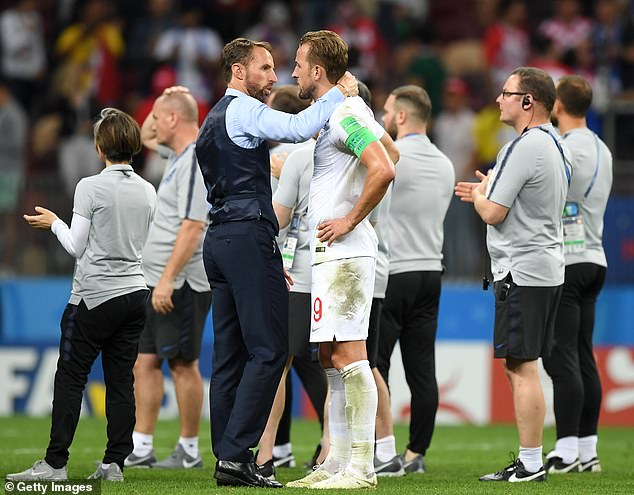 He said of the semi-final three years ago: ‘Of course it’s a game that hurts. It’s a game we wanted to win, but in football it doesn’t always pan out how you want. We just fell short in that moment. Croatia are a great side. (On Sunday) we’ll be focused on trying to stop their threats and we’ll try to get on the ball and create chances.

‘I’d say (we’re a stronger squad now). We’re probably in a better place. (At) that World Cup, we performed really well and stepped up to the occasion. We haven’t won a tournament for a long, long time, so there needs to be a good mentality along the whole way as it is a tough journey to get to the later stages of a major tournament.

‘The tournament environment is difficult. You are away from your family and friends for a long time, so we’re there to create a real brotherhood. There’s going to be moments when certain players are down and it’s just about picking each other up, talking to each other and keeping each other focused.

‘Probably most of us in this group now won’t experience a home tournament, this is the closest we are going to get, so it’s just to take it all in and use it to our advantage. Take the atmosphere to push on us all the way. As your career progresses it becomes normal (being a captain), but you still have to pinch yourself as you walk out.’

Kane also opened up on how the creativity in the side could help him win another Golden Boot, playing alongside City star Foden and how he relaxes off the pitch in between matches.

He added: ‘As a striker, if you are scoring, you are helping the team. That’s always my aim, and to win games. Of course, I’d love to win another Golden Boot. More importantly, I’d love to be lifting that European (Championship) cup. 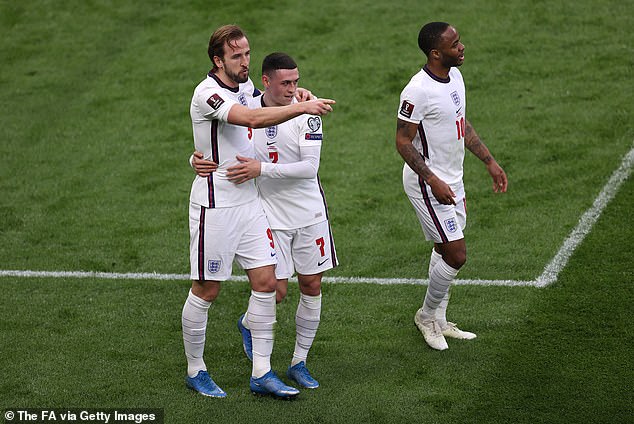 ‘To be one of the best teams in the tournament, you have to have great depth and that’s what we have got. We have a lot of competition for places and, as a striker, there are so many creative players who set me up and it’s a joy to play in. I’m looking forward to being out there with the boys and whoever is picked will do a great job.

‘Phil is great. He loves football and being out there on the pitch, being on the ball and expressing himself. His game understanding and final product has got better and we all know how good he is when dribbling past players. Phil might need a bit of help now and then, but when he’s on the pitch, he’s fearless and just wants to play.

‘We’ve got a cricket pitch and we might get a bit of golf in, but it’s more around the hotel. Boys will be playing PlayStation and things like that, but I’ve just started Game of Thrones, believe it or not. I’ve got a nice little period to finish that off and it’ll be finished before the end of the tournament.’