Harry Potter fans will want to buy this £160,000 ex-railway cottage

A railway cottage that has gone on the market will get Harry Potter fans all steamed up as the vintage train that doubles as the Hogwarts Express regularly passes by.

The £160,000 property called Glengarry is in the village of Mallaig on the west coast of Scotland and sits next to the track the Jacobite steam train runs on every day in the summer.

The Jacobite service has been dubbed ‘the greatest railway journey in the world’ and featured in the Harry Potter films, taking the wizarding students to Hogwarts.

The two bedroom cottage was originally built for the railway signalman in 1935 and the signal box was just 20 yards from the house until it was demolished in the 1980s. 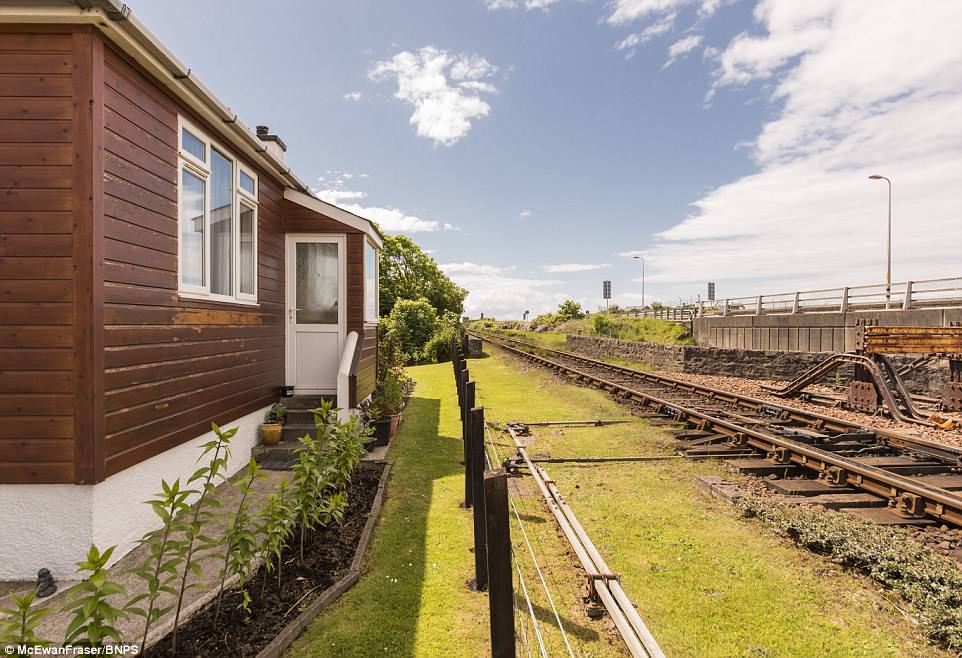 Mallaig was founded during the 1840s when Lord Lovat, owner of the North Morar estate, divided up the farm on the coast into parcels of land and encouraged his tenants to resettle there and establish a fishing village.

The village is a busy fishing port and ferry terminal, with services to Skye and the Small Isles. 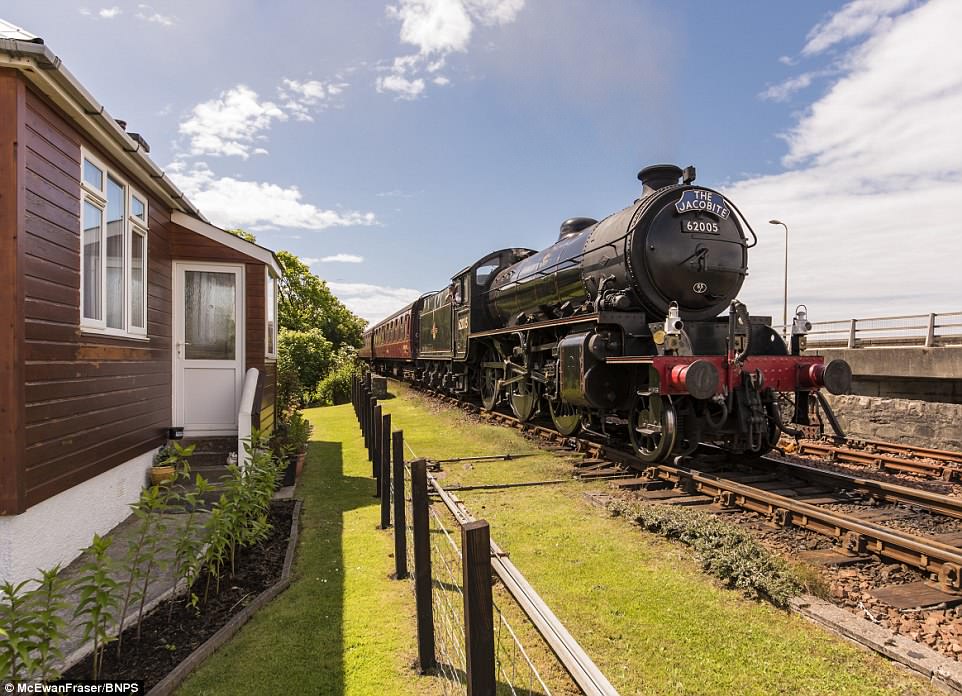 Glengarry was rented out until the late 1970s when the railway returned it to the Lovat estate and the current owners first rented it from the estate in 1981.

They made many requests to purchase Glengarry but were not able to until the late 1990s when the land and properties in the area were sold to West End impresario Sir Cameron Mackintosh, who had family connections with Mallaig. 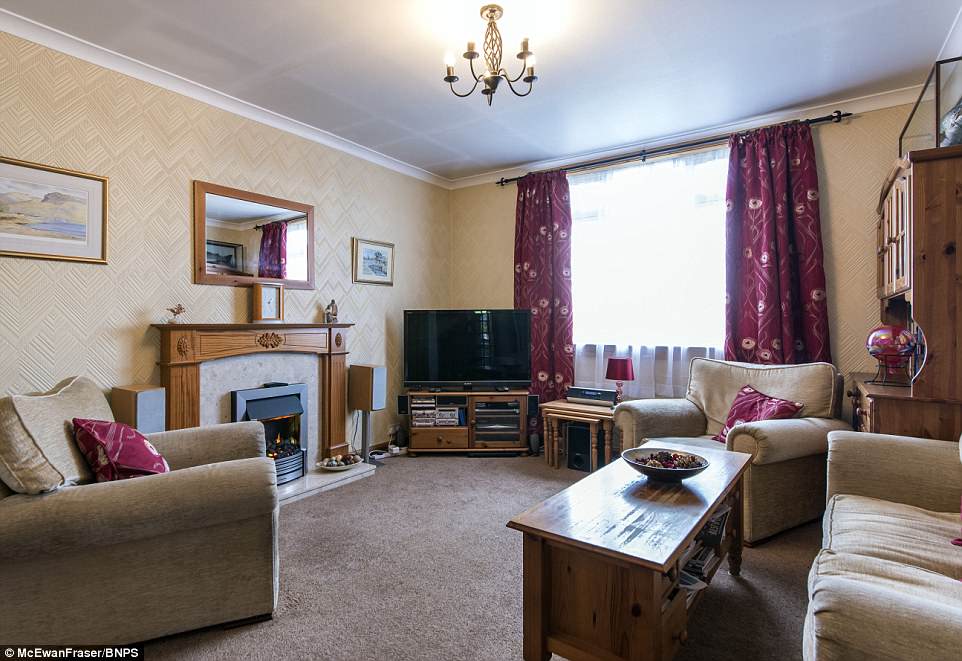 It has 742 sq ft of accommodation with a lounge, kitchen, dining room, family bathroom and two bedrooms an attic space

Since buying it the owners have made refurbishments and renovations to bring the property up-to-date, according to the agent.

It has 742 sq ft of accommodation with a lounge, kitchen, dining room, family bathroom, two bedrooms downstairs and an attic space which could be a third bedroom 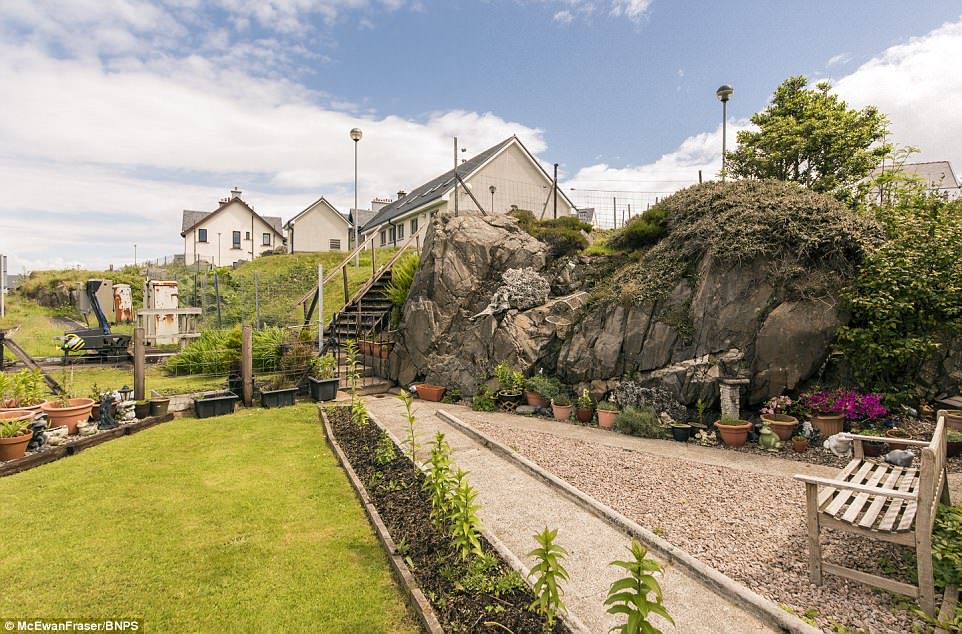 It also has permission for an extension, off-road parking and a spacious garden.

Tourism plays a major part in the local economy and the agents say Glengarry could be a great investment for someone looking to own a holiday let.

The owners say during the tourist season the property is well photographed by tourists and trainspotters waiting to capture the steam train as it passes by. 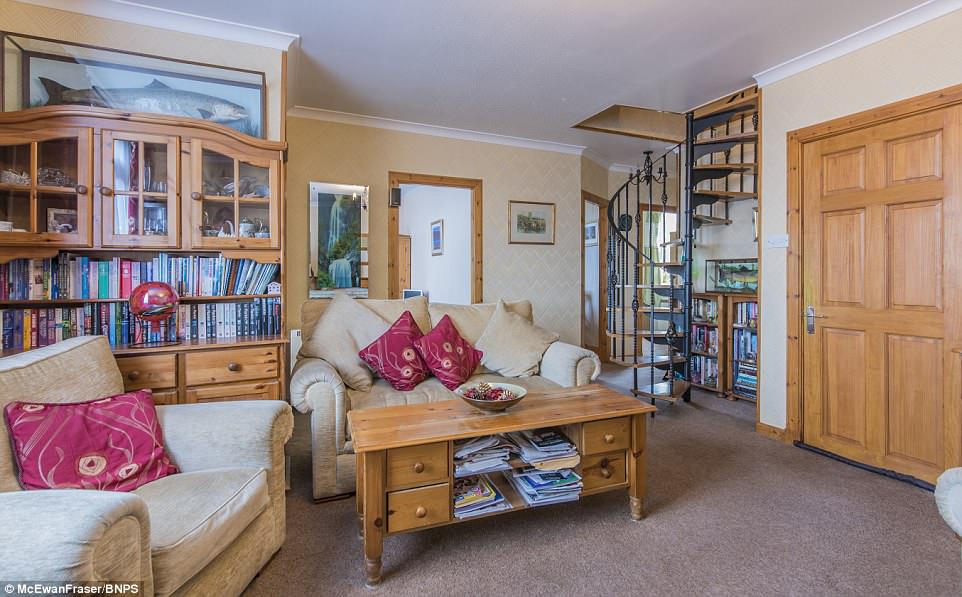 The two bedroom cottage has gone on the market for £160,000 and is suggested as a great holiday  let investment property 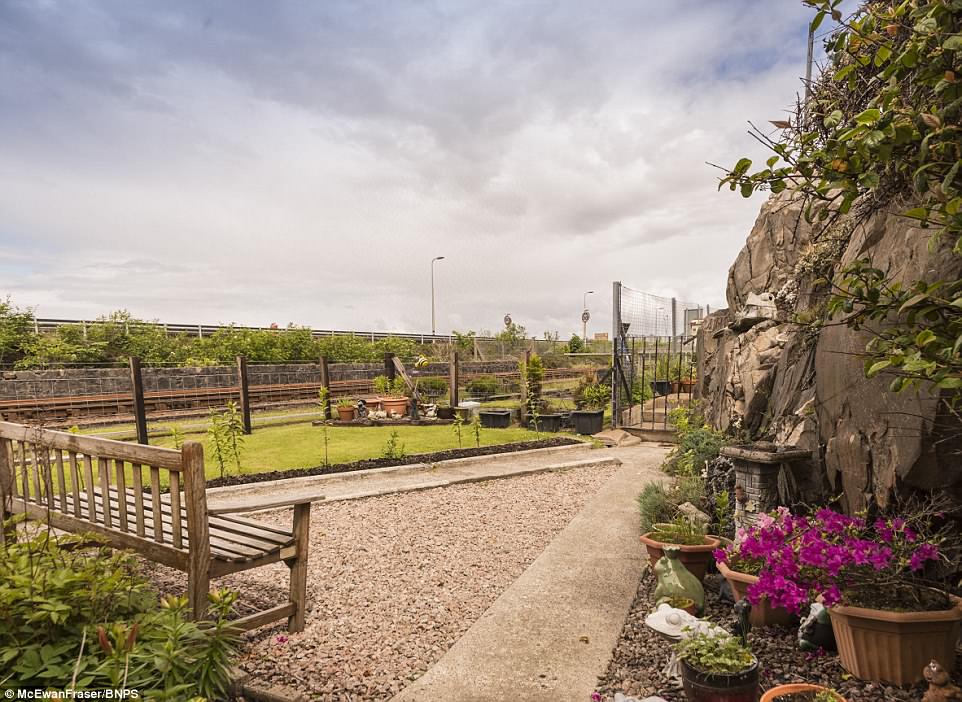 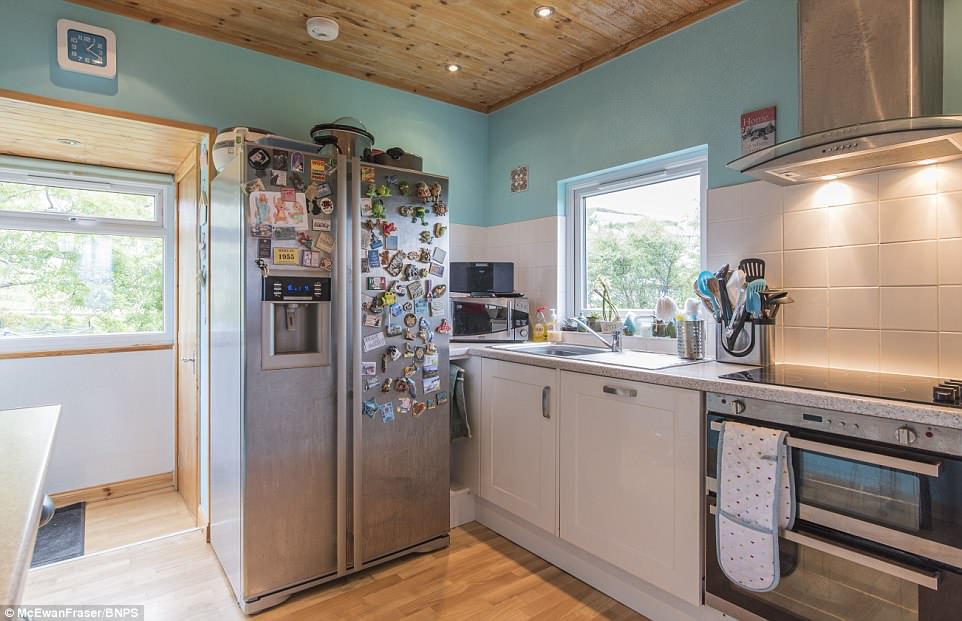 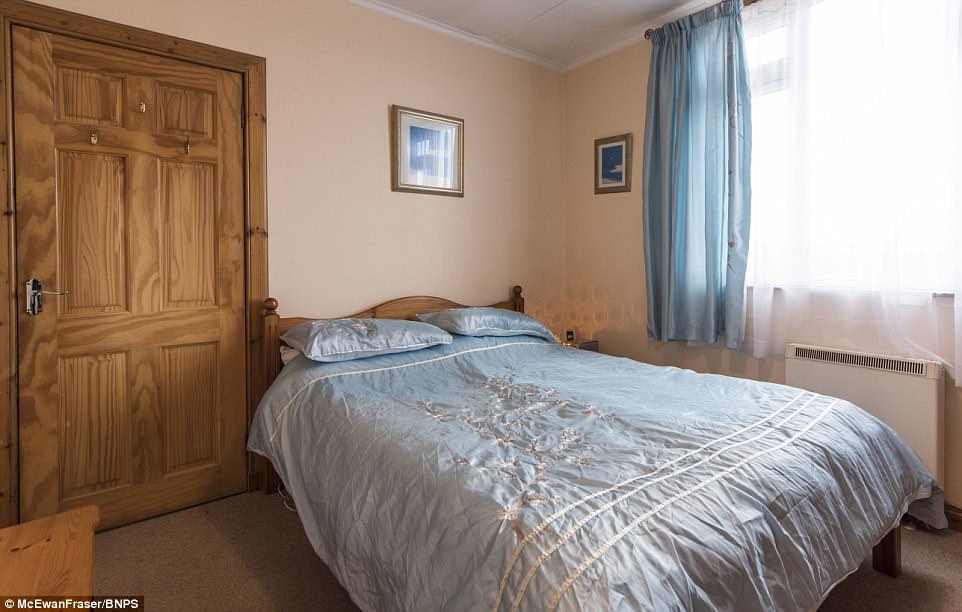 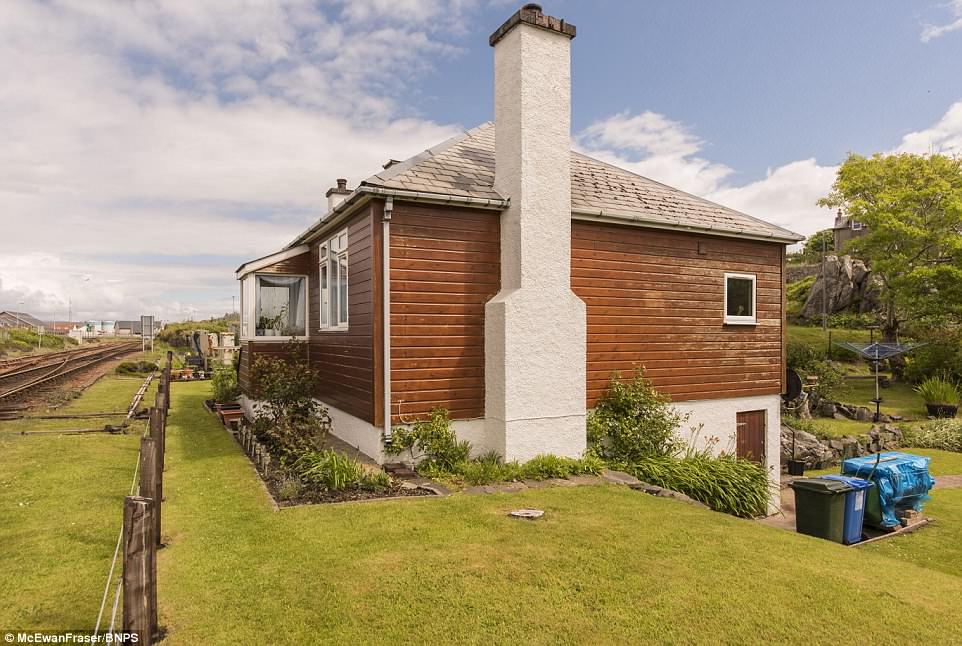 The railway cottage sits in a picturesque spot in the Scottish village of Mallaig with stunning views of the ‘small isles’ of Eigg, Rum, Muck, Canna and the southern tip of the Isle of Skye.

The Jacobite steam train, dubbed ‘the greatest railway journey in the world’, runs from Fort William to Mallaig between April and October and is popular with Harry Potter fans as the train was used in the films as the Hogwarts Express, which takes wizarding students to the magical school.

On the 84-mile round trip it also crosses over the Glenfinnan viaduct, which was used as the bridge to Hogwarts in the Harry Potter films.

The cottage is within walking distance of the harbour and has easy access to the amenities.

Nicole Edwards from McEwan Fraser Legal, who are handling the sale, said: “Glengarry is one of a kind property.

“It is an ideal house for all the Harry Potter and railway enthusiasts with one of the major features of the house being the Jacobite Steam Train, made famous through the Harry Potter films, passes by the front of this property regularly. 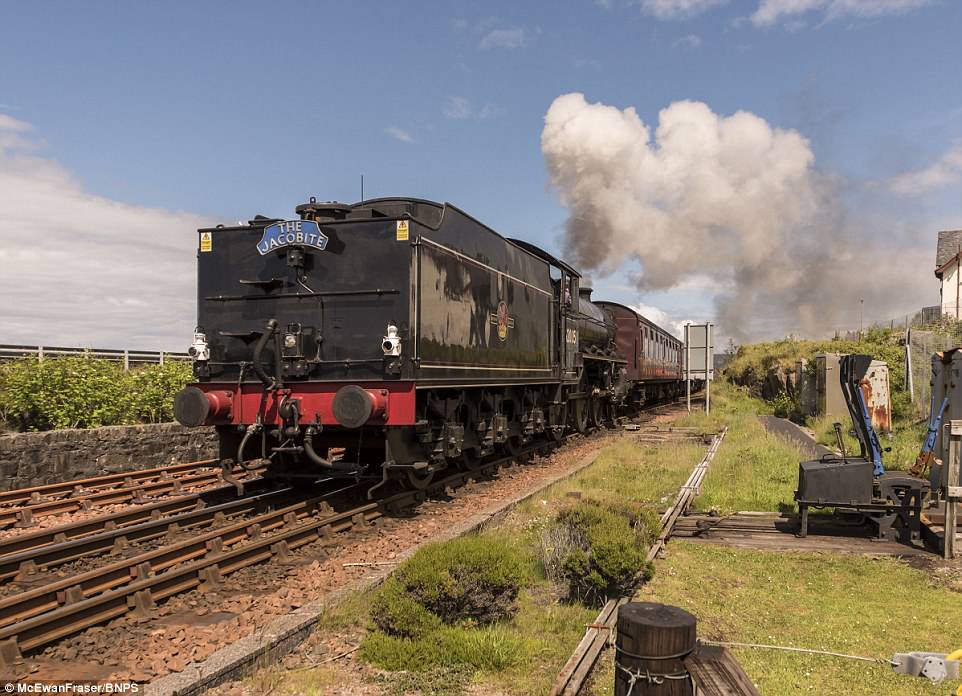 The Jacobite railway steam train visits Britain’s most westerly mainland railway station, Arisaig a number of times a day during the summer months and was made world famous thanks to the author JK Rowling whose Harry Potter books and movies used its magnificent backdrop in the fictional wizardry tale

“It’s a must see to appreciate what it has to offer.”

The Jacobite train journey is popular with tourists in the summer months. 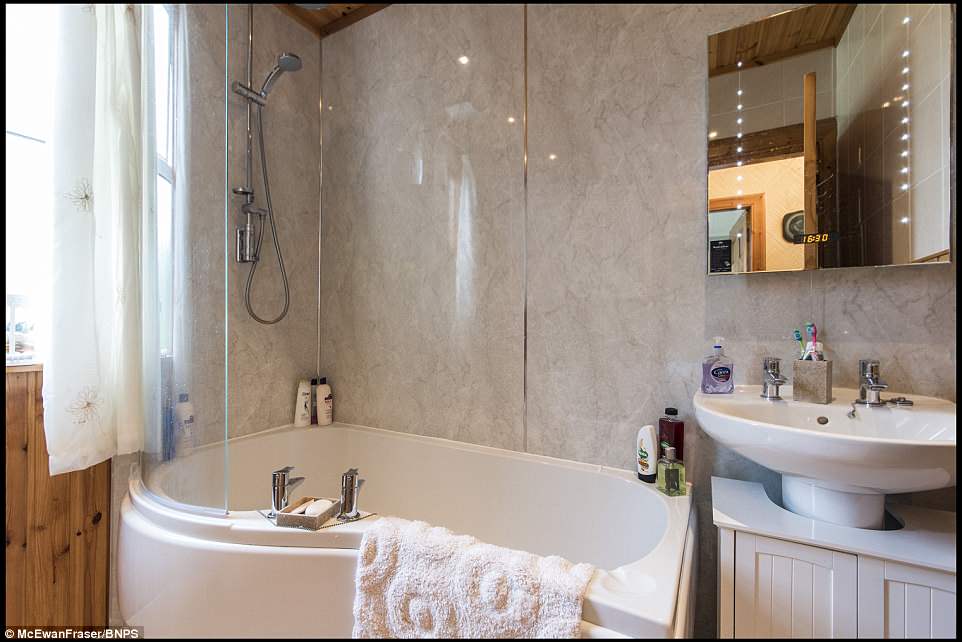 And the 84 mile round trip allows visitors to soak in some incredible sights.

It passes the highest mountain in Britain, Ben Nevis, and stops off at Britain’s most westerly mainland railway station, Arisaig; it also passes Loch Morar before arriving at the deepest seawater loch in Europe, Loch Nevis. 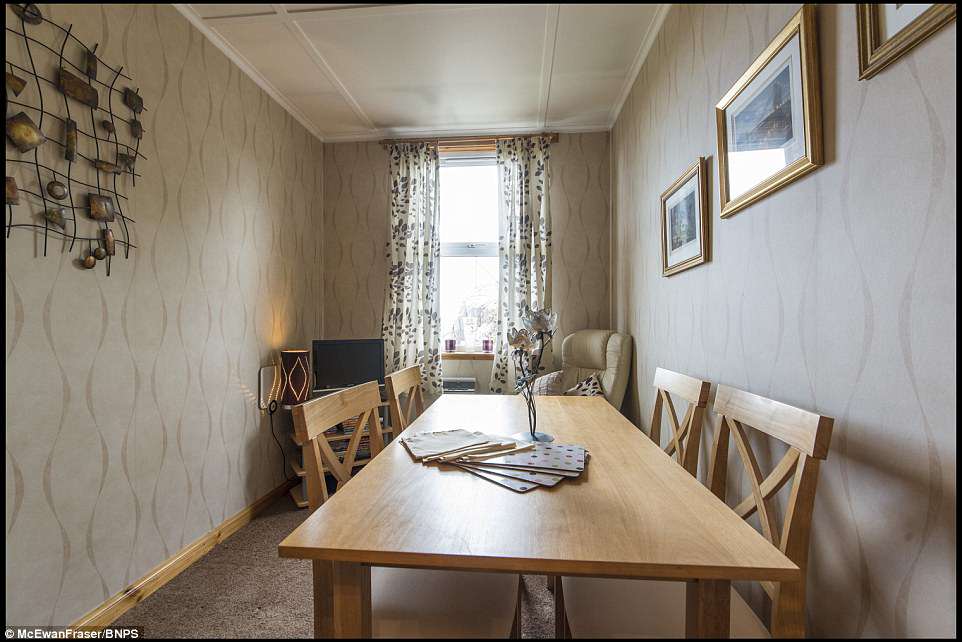 The home comes with an impressive d

The three bedroom detached cottage has magnificent views from the front of the house of the “small isles” Eigg, Rum, Muck & Canna and the Isle of Skye.

The property comprises of a ground floor featuring an entrance hall, lounge, modern kitchen with ample base and wall units and separate dining room ideal for entertaining. 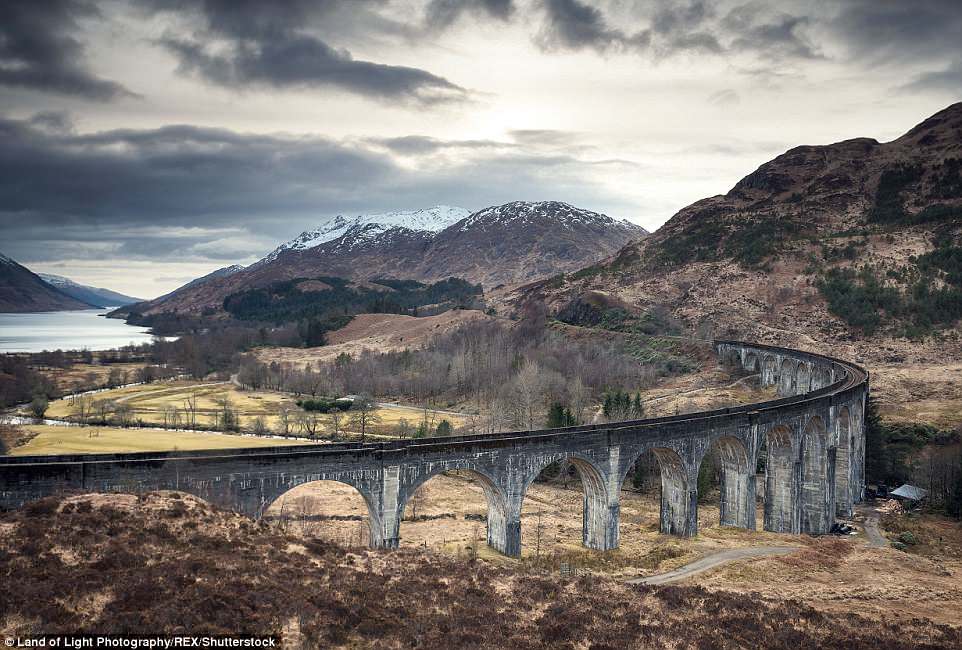 The property has off-road parking with a spacious garden.

The property also comes with planning permission for an extension. 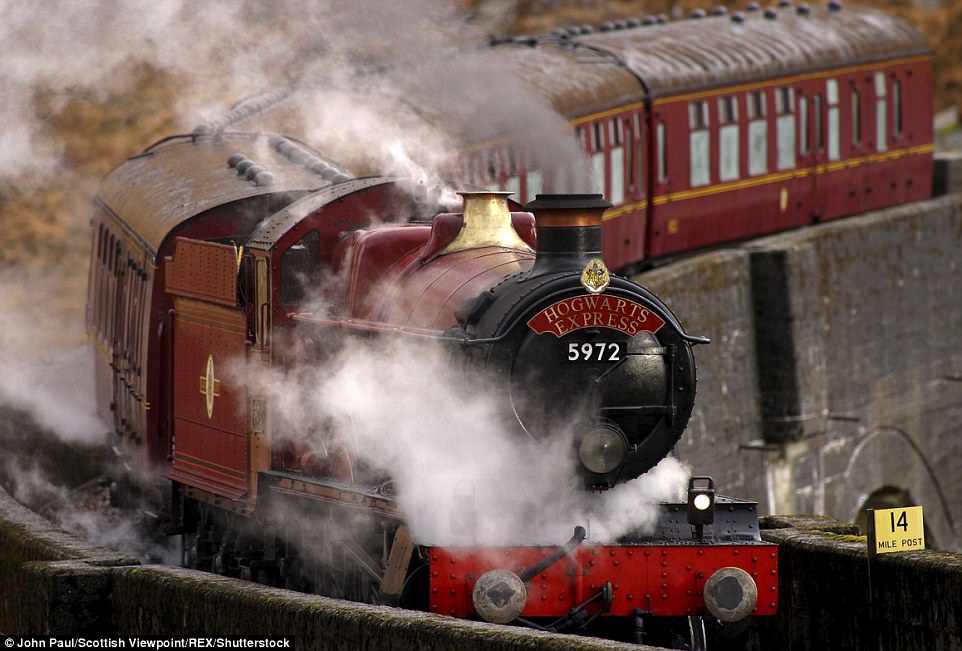