Harry Styles fan freaks out when he gets tickets

Harry Styles might not be on the top of every dad’s Christmas list but this one got very emotional when his daughter gifted him with tickets to see his favourite pop star.

Robert Harper, 41, from Texas, was so surprised at the early Christmas present that he could not contain his excitement and almost broke down in tears.

The Harry Styles super-fan had tried to get tickets to a concert just months before but was gutted when he was unsuccessful.

When his daughter, Bailey Darnell, got the sought after tickets she decided to film the adorable moment her dad opened them, which she had cunningly hidden in a Harry Styles photo album for him to find.

Addressing the camera she says: ‘So it’s Christmas and we thought really hard for a long time about what we should get my dad and we decided on something that he really liked and I just wanted to share with y’all.

‘Quick reminder that my dad is the biggest Harry Styles fan ever.’

Robert Harper, 41, and his daughter Bailey Darnell, 18, pictured at a One Direction concert in 2014. Bailey filmed her father’s hilarious reaction to getting Harry Styles tickets for Christmas

In the clip, eighteen-year-old Bailey gets her dad to sit cross legged next to the family Christmas tree before handing over her carefully wrapped gift.

The oil worker then falls onto his hands and knees in disbelief before jumping for joy and pacing round the room.

He then sits down and covers his face with his hands – appearing to hold back the tears.

Bailey said: ‘He’s been a fan of One Direction since I started getting into them around 2012. Harry is definitely his favourite.

‘I’d say we like Harry Styles about the same but I’m sure my dad would argue that he’s the biggest fan.

‘We went to 1D in 2014. At one point in the show, he was absolutely certain that when he held up the ‘I love you’ sign with one of his hands, Harry saw him. 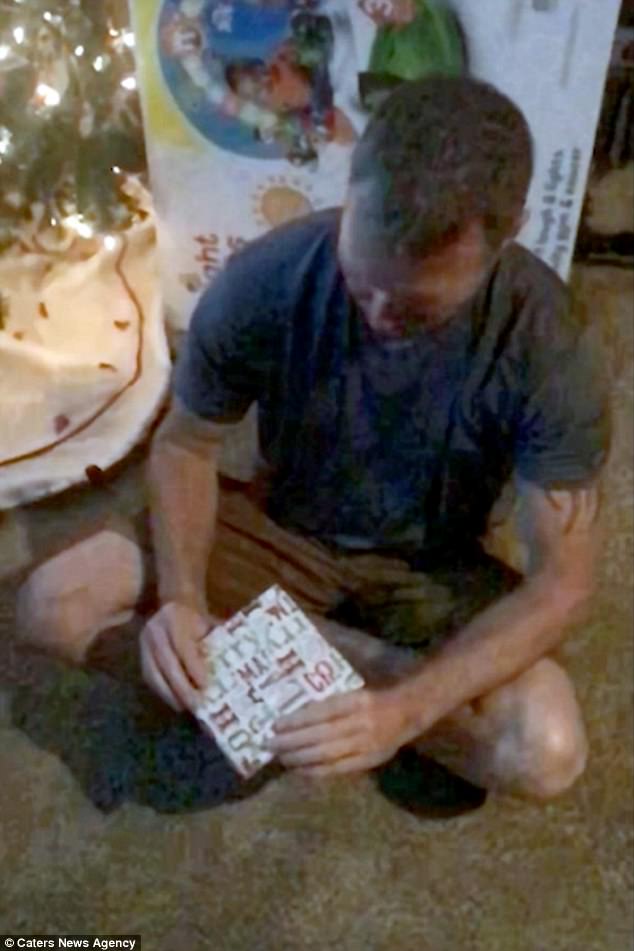 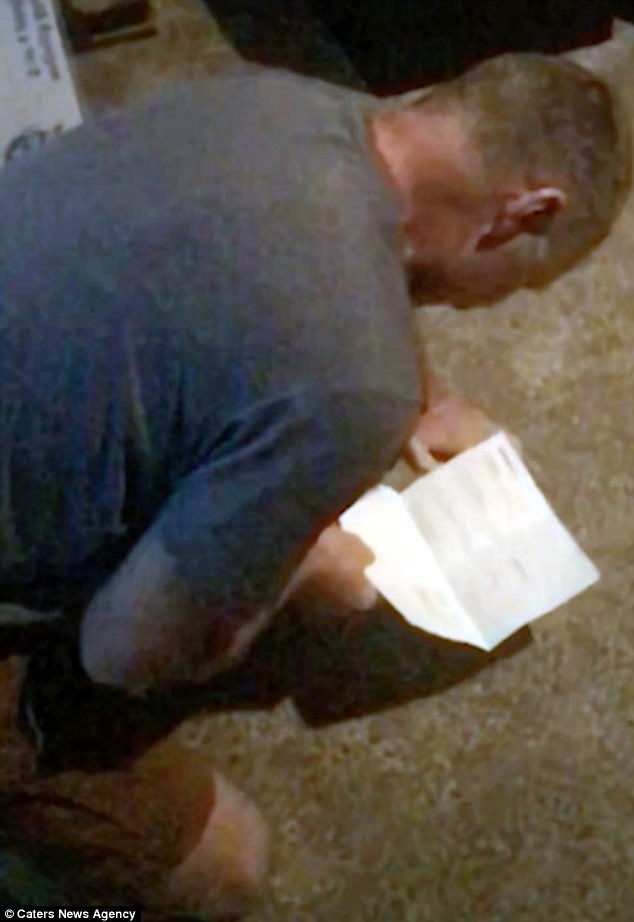 ‘Harry did respond by giving the same sign in our direction.

‘While I’m unsure if it was coincidence or if Harry truly did see the gesture, my dad is absolutely certain that it was meant for him alone.

‘He was so excited about it, he even still talks about it. 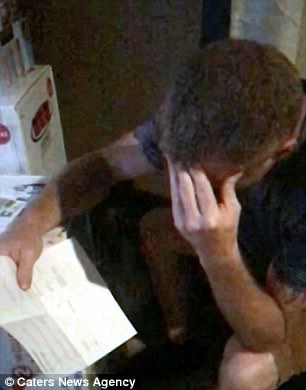 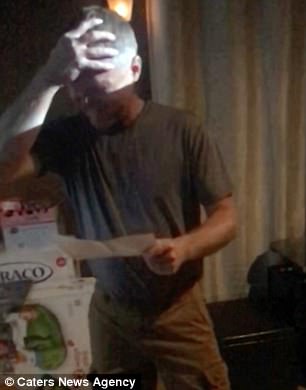 ‘I decided to get the tickets for him after he was so upset when he couldn’t go with me back in October. He had no idea that there were still tickets available for the 2018 tour.

‘He opened his gift early because he has to go back to work for a trip and will miss out on having Christmas at home with the family.

‘He was kind of down about this but opening the Harry Styles tickets made him feel a lot better about the situation and much happier about what could be a really emotional thing.

‘He hasn’t stopped talking about it since he opened them.’ 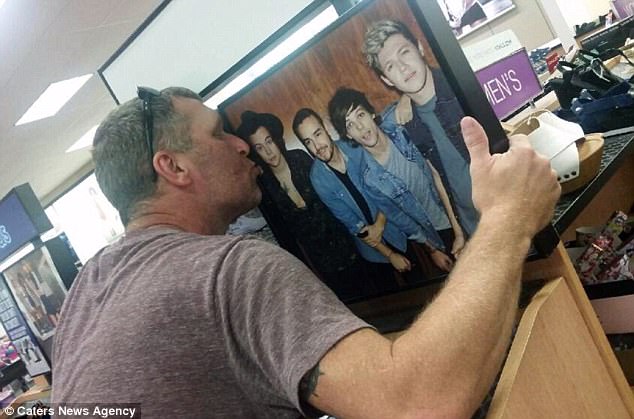 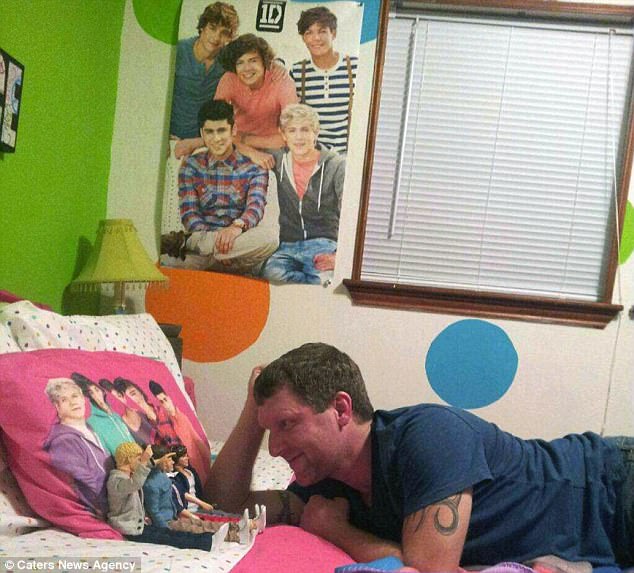 Harry Styles self titled debut album was released in May and went straight to number one in multiple countries including the UK and the US.

He will be kicking off his world tour in Switzerland in March and will eventually get to Texas in June.