Harry Styles was snapped with a mystery brunette on Friday as they stood outside of The Chiltern Firehouse in London.

The Grammy winning singer, 28, embraced his female companian while saying goodbye and heading into a taxi.

It comes after his November split from director Olivia Wilde, 38, after a two year romance – with the pair reportedly parting ways due to ‘having different priorities’.

Harry wrapped up warm in a grey hoodie and padded jacket from The North Face, adding a black scarf to battle the chilly weather.

He carried a cream tote bag over one shoulder while shielding his eyes with a pair of black sunglasses.

Carrying a takeaway coffee, he pulled his signature curly locks away from his face and into a claw clip.

Harry was joined by a brunette female companion, who sported a black jacket and left her locks in a soft wave. 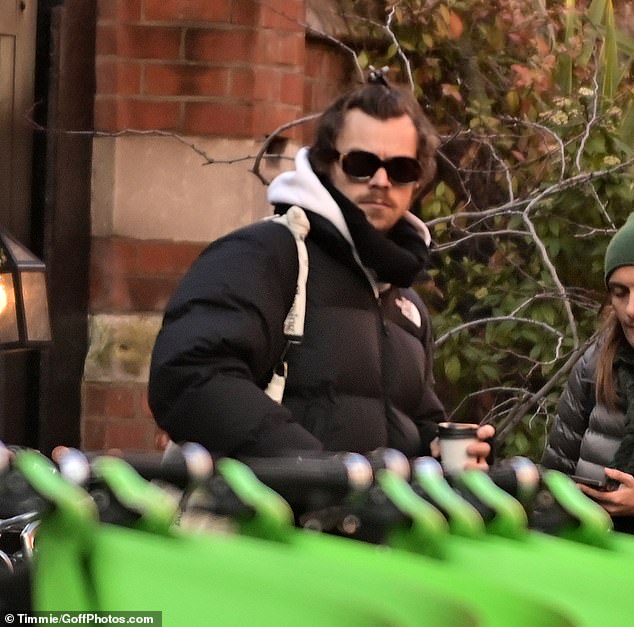 Keeping cosy: Harry wrapped up warm in a grey hoodie and padded jacket from The North Face, adding a black scarf to battle the chilly weather 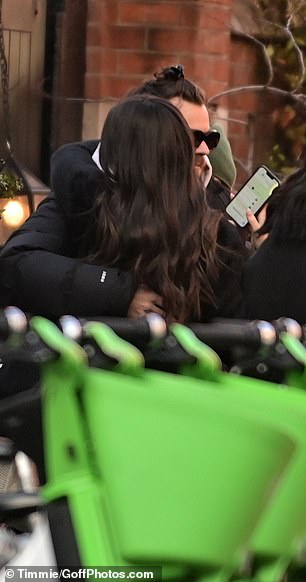 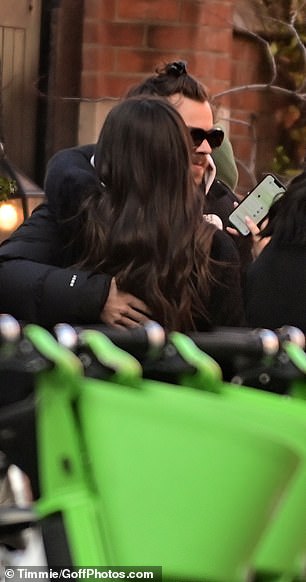 Hugs: The Grammy winning singer embraced a mystery brunette outside of the coveted London venue

The pair appeared close as Harry wrapped an arm around her while they shared a hug goodbye, before he headed into a black cab.

MailOnline have contacted representatives for Harry to identify the brunette.

People Magazine claimed in November that the singer and actress are ‘taking a break’ from their romance due to having  ‘different priorities that are keeping them apart’.

A source said: ‘He’s still touring and is now going abroad. She is focusing on her kids and her work in LA. It’s a very amicable decision. They’re still very close friends.

A friend added to the publication: ‘Right now, they have different priorities that are keeping them apart. The public pressure on them has been difficult. They’ve had ups and downs throughout the relationship.’ 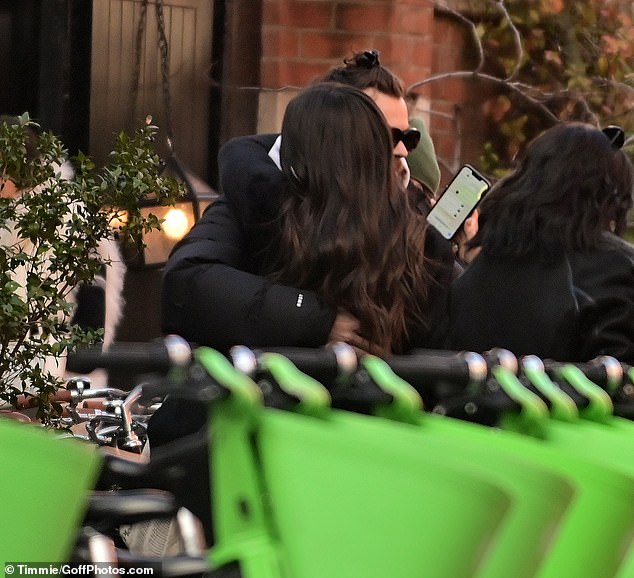 Casual: Harry’s pal sported a black jacket and left her locks in a soft wave 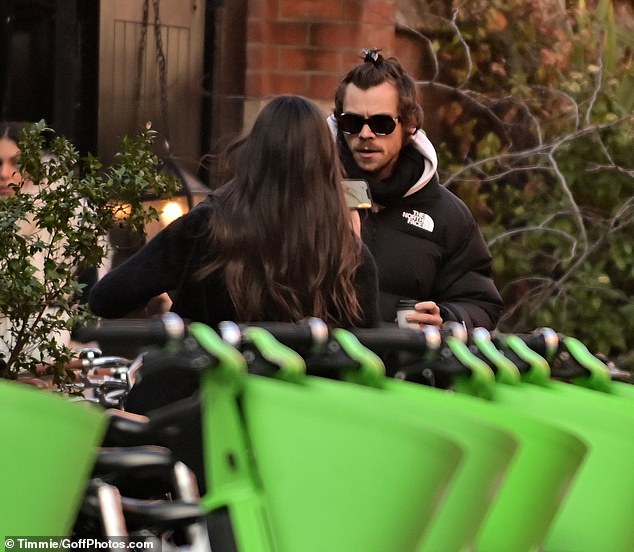 Concentration: The pair appeared deep in conversation as they were snapped saying their goodbyes 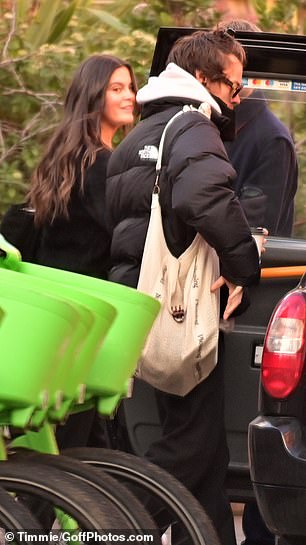 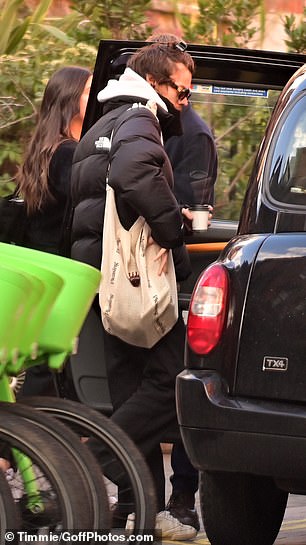 Home time: Harry’s pal flashed him a smile as he made his way into a black cab

Despite their split, the two have ‘no bad blood between them’ according to Page Six. ‘Harry didn’t dump Olivia, or vice versa. This is the longest relationship Harry’s ever had, so clearly they have a special bond,’ the insider shared.

The source added, ‘They’re on a break. It’s impossible to have a relationship when he’s in every continent next year and Olivia has her job and her kids. This is the right thing for both of them.’ 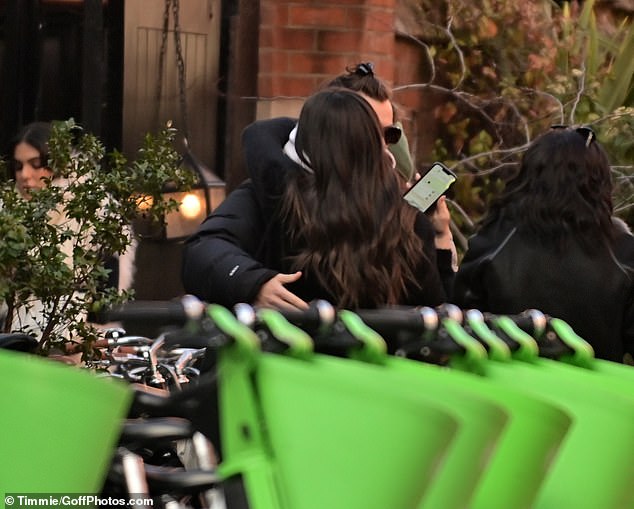 Busy: The duo were surrounded by others outside of the restuarant and hotel 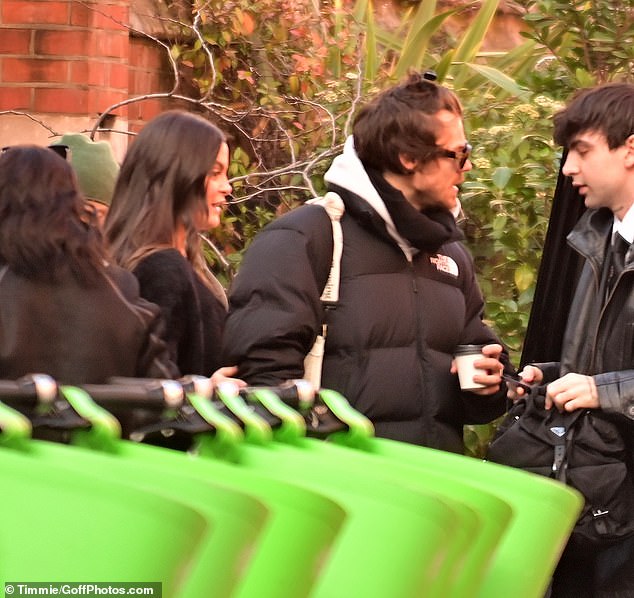 Morning cup: Carrying a takeaway coffee, he pulled his signature curly locks away from his face and into a claw clip

The duo were previously spending a lot of time together as Harry took on  the leading male role in Olivia’s movie Don’t Worry Darling.

Its highly-anticipated release was tarred with rumours of a feud between Olivia and leading lady Florence Pugh circulating – with the romance in the centre of it.

Harry, who made his acting debut in 2017 film Dunkirk, signed onto Olivia’s film after impressing both director Olivia and star Florence. 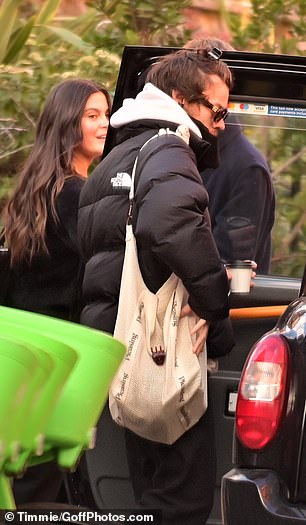 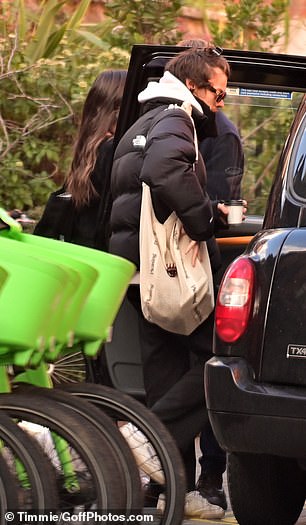 Laden: While he had a cream tote bag over one shoulder, covering his eyes with a pair of black sunglasses 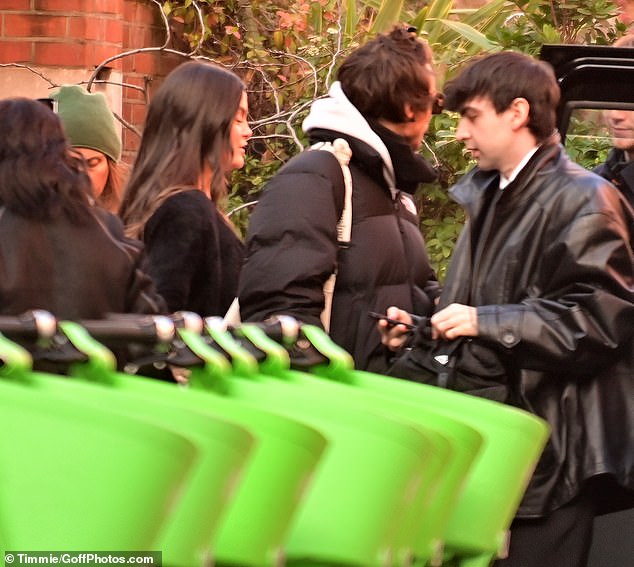 On the market? Harry is newly-single following a split from girlfriend of two years Olivia Wilde

After ‘growing close’ to each other on the set of Don’t Worry Darling, the Hollywood actress was pictured arriving at the former One Direction heartthrob’s LA home with her luggage in hand in January and the two were seen driving around California together in January 2021.

The pair then made their public debut when they were spotted holding hands at Harry’s agent’s wedding at the San Ysidro Ranch in Montecito, California. 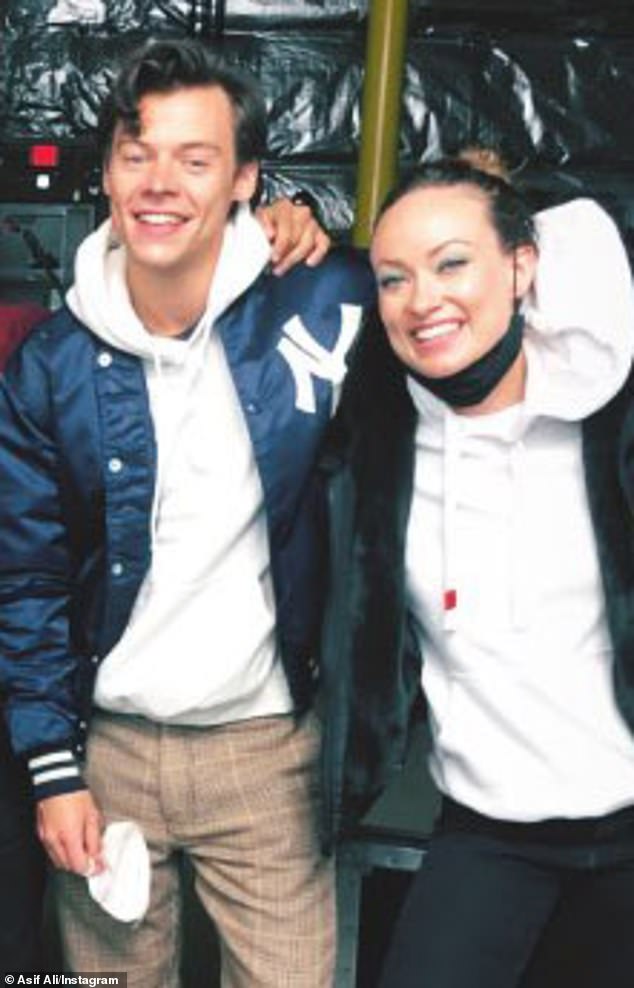