An abandoned dog was shot dead after it was found tied to a telegraph post in freezing cold weather.

Police officers launched an urgent appeal to find the owner of the German Shepherd-type dog after it was found in Hartlepool yesterday morning.

However, veterinary professionals said the dog could not be re-homed because of its ‘aggressive behaviour’ and police made the decision to ‘destroy it’.

The decision to kill the elderly dog has sparked outrage from animal lovers who have asked why officers did not tranquilise the pet. 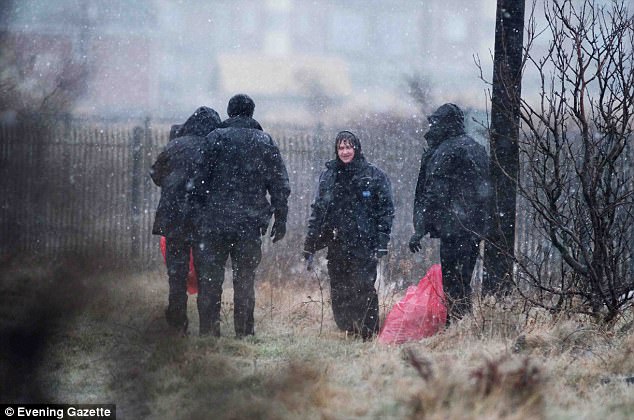 Hundreds of comments have been left on Dog Theft Awareness North East UK, where the incident was first reported.

Many stressed how they were pleading with police and the RSPCA to save the dog.

One wrote: ‘Why don’t they tranquillise the dog and get him somewhere safe, I hope they don’t kill it.’

A second added: ‘Can’t someone help it before they destroy it.

‘I’m the other end of the country, surely there is someone close, poor, poor dog, terrified, cold and abandoned.’

Witness Ian Robson told how he tried to reason with police moments before they shot the animal dead.

He said: ‘I got a phone call from my wife saying to come down because there was a dog stranded.

‘I came down to see if I could do something about it but I was told there was nothing that could be done and that police were about to shoot it.

‘I suggested that they used tranquillisers to sedate it and calm it down because it was barking as people tried to feed it but they just kept saying it was an aggressive dog.

‘And now they have gone and shot it which is bang out of order.’

Hundreds of people took to Facebook to voice their opinion on the incident,

and here’s what they had to say:

One user wrote: ‘This is absolutely disgusting to read. The poor dog wasn’t even given a chance.’

Another commented: ‘Absolutely horrendous. The poor dog was terrified, of course it was going to be aggressive.

‘The people it trusted most in this world left him/her tied to a pole in the freezing cold with no shelter, food or water and then a bunch of strangers come along and make a decision to take its life.

‘Shame on Cleveland Police and shame on the vet involved. Rest in peace poor baby.’

Other users suggested that the police made the right decision to shoot the dog.

One Facebook user said: ‘As an ex-vet nurse this was 100% the right thing to do.

‘If you think for a moment a dog behaving like this would have suddenly turned loving and sedate when it woke up in a vets cage you haven’t been around many aggressive dogs.

‘There’s a risk it hurts or attacks a member of staff, I certainly wouldn’t have wanted to risk being the guinea pig to see if it was different in a different situation.’ 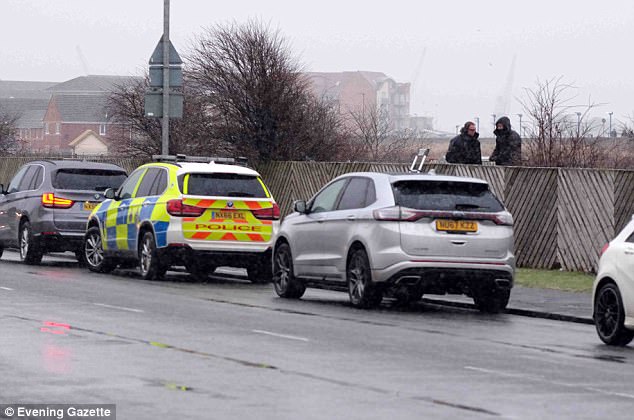 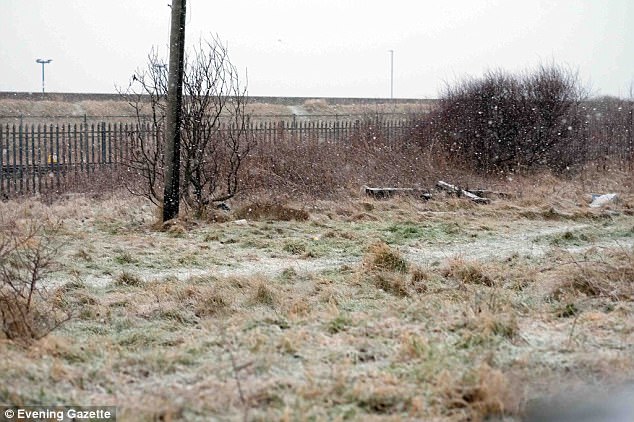 A Cleveland Police spokesman said: ‘The decision to destroy the dog has not been taken lightly and this was the very last course of action that we wanted to take.

‘All attempts to calm the dog failed. Vets advised that they were unable to sedate the dog due to not being able to approach it and not having equipment to sedate from a distance.

‘Unfortunately veterinary professionals advised that the dog could not be re-homed due to its aggressive behaviour.

‘The decision taken, in conjunction with the RSPCA and veterinary professionals, was that the kindest thing to do for the dog would be to destroy it.

‘This has been a difficult decision and one that we had hoped we wouldn’t have to make.’

A spokesperson for the RSPCA said: ‘This was a police-led operation and it was extremely distressing for everyone involved.

‘Police called a number of organisations to assist and the agencies worked together for hours to try to rescue the dog.

‘Unfortunately, the dog was too aggressive to approach and vets advised police that it would not be possible to safely tranquillise the dog and the vet further advised that euthanising the dog was sadly the kindest option.

‘The RSPCA believes that abandoning any dog is totally unacceptable. Any information about who might have done this, please contact the Hartlepool Police, quoting log number CVP/18/011857.’