Paul Rudd, 48, has been named 2018 Man of the Year by Harvard University’s Hasty Pudding Theatricals group

Paul Rudd, the versatile and forever young actor and screenwriter who stars in Ant-Man, was named 2018 Man of the Year by Harvard University’s Hasty Pudding Theatricals.

Rudd, 48, will get his reward – the club’s pudding pot – during a roast at Harvard on February 2. The award was announced on Thursday.

‘He has starred in indies, mainstream films, acclaimed and often heartfelt comedies, and now he currently plays one of Marvel’s biggest (and smallest) superheroes,’ the oldest collegiate theatrical organization in the nation announced.

He also apparently holds the secret to the fountain of youth.

‘The entire company is in awe of his many accomplishments in film and television,’ Hasty Pudding President Amira Weeks said in a statement. ‘Specifically, in his ability to have not aged since 1995. Oh, and we hear he’s a pretty funny guy, too.’

Rudd co-wrote and starred in 2015’s Ant-Man and its sequel due out this year, Ant-Man and the Wasp.

He also plays the lead in The Catcher Was a Spy, the real-life story of Ivy Leaguer and major league ballplayer Moe Berg, a spy with the forerunner of the CIA during World War II, premiering later this month at the Sundance Film Festival. 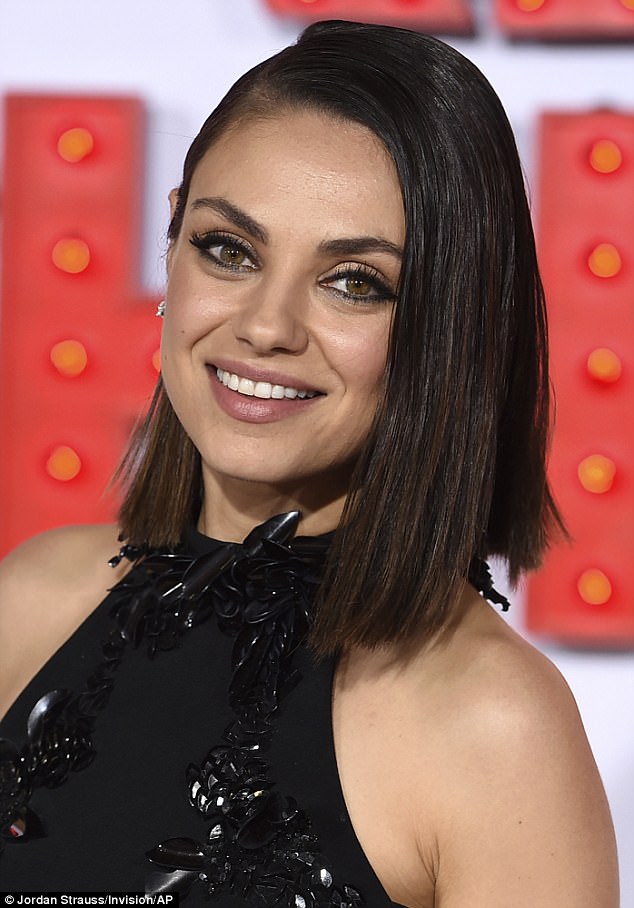 Mila Kunis, pictured at the 2017 premiere of A Bad Moms Christmas, was named the group’s 2018 Woman of the Year 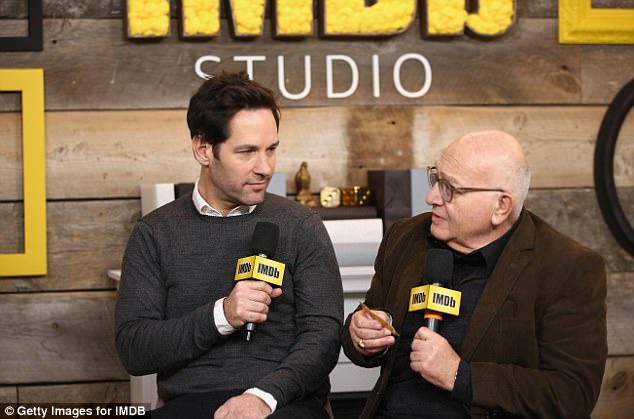 Rudd, pictured with the director of his film The Catcher Was A Spy which debuted at Sundance, wowed the theatrical group in multiple ways. ‘Specifically, in his ability to have not aged since 1995. Oh, and we hear he’s a pretty funny guy, too’, group president Amira Weeks said in a statement

Previous film credits include Anchorman: The Legend of Ron Burgundy, This is 40 and Knocked Up.

Hasty Pudding gives out the awards annually to people ‘who have made lasting and impressive contributions to the world of entertainment’.

Mila Kunis was named 2018 Woman of the Year last week. Last year’s woman of the year was Octavia Spencer, who currently appears onscreen in the Guillermo Del Toro-directed The Shape of Water.

Hasty Pudding in its announcement last week said it is honoring Kunis because she is one of Hollywood’s ‘most sought after, vivacious, and engaging actresses’. Her ceremony will be held on January 25. 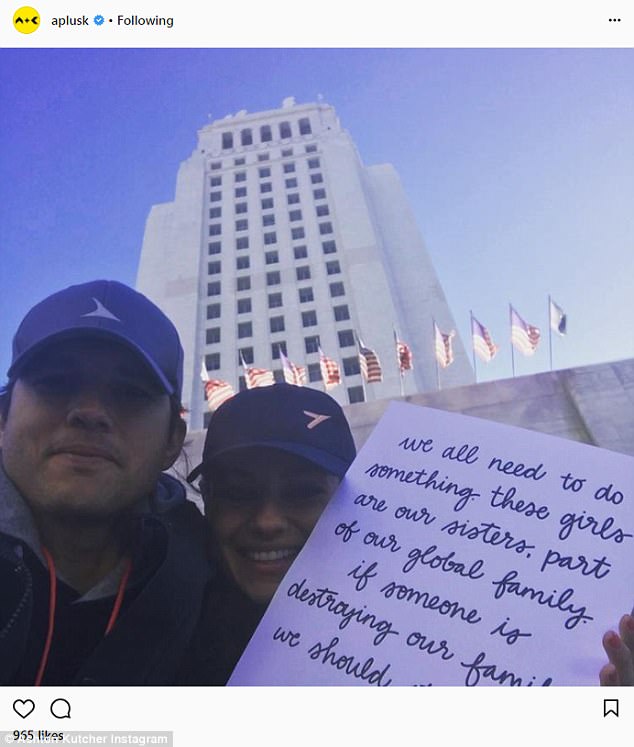 Kunis is pictured with her husband, Ashton Kutcher, attending the Women’s March in Los Angeles on January 20