Harvey Weinstein is banned from Producers Guild of America

Harvey Weinstein has been banned for life from the Producers Guild of America after more than 80 women have accused him of sexual harassment, rape, and assault.

The industry trade associated cut ties with Weinstein on Monday after the board voted unanimously on October 16 during a meeting to have him ousted.

‘As was recently reported, the Producers Guild’s National Board of Directors voted unanimously to initiate proceedings to terminate the membership of Harvey Weinstein,’ read a statement from the guild issued Monday.

‘The PGA Constitution requires that members be given 15 days’ notice before disciplinary action is taken.

‘The Guild has received notice that rather than addressing the Guild’s charges, Mr. Weinstein elected to resign his membership in the Producers Guild.

‘In light of Mr. Weinstein’s widely reported behavior — with new reports continuing to surface even now — the Producers Guild’s National Board has voted unanimously to enact a lifetime ban on Mr. Weinstein, permanently barring him from PGA membership.

‘This unprecedented step is a reflection of the seriousness with which the Guild regards the numerous reports of Mr. Weinstein’s decades of reprehensible conduct.

‘Sexual harassment can no longer be tolerated in our industry or within the ranks of Producers Guild membership.’ 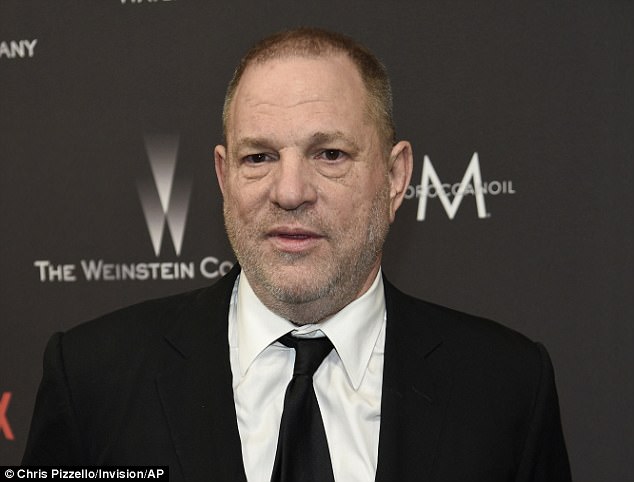 The industry trade associated cut ties with Weinstein on Monday after the board voted unanimously on October 16 during a meeting to have him ousted after more than 80 women have accused him of sexual harassment, rape, and assault

More than 8,000 filmmakers are represented by the Producers Guild of America; the board is made up of 20 women and 18 men.

At the same meeting, they voted to create a task force to research and address sexual harassment within the entertainment industry.

Weinstein’s rep has repeatedly said in a statement that ‘any allegations of nonconsensual sex are unequivocally denied by Mr. Weinstein.’

But The New York Times reported on Monday about allegations dating back to the 1970s against the producer.

Also on Monday, Weinstein reportedly told friends that ‘he believes he is a savior’ and there’s a bigger reason why he’s been caught in the hugest sexual misconduct scandal to hit Hollywood this year.

The disgraced producer believes that the reason is ‘that he was born to take the fall for his behavior in order to ‘change the world.’ He is resigned to his punishment — as a martyr for social change,’ a source told Page Six.

But a representative for the former Weinstein Co. and Miramax head said ‘that’s absurd’ to Page Six.

Actress Rose McGowan, 44, was allegedly raped by Weinstein at the Sundance Film Festival in 1997, and The New York Times reported earlier this month that she received a $100,000 settlement in the wake of the incident.

On Monday, an arrest warrant for felony possession of a controlled substance was issued for McGowan, who had tweeted earlier in the day: ‘Are they trying to silence me? There is a warrant out for my arrest in Virginia. What a load of HORSES**T.’

She has been one of the leading voices against sexual harassment in Hollywood, and tweeted earlier this month about the alleged rape. 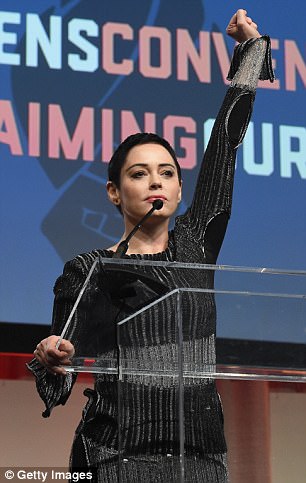 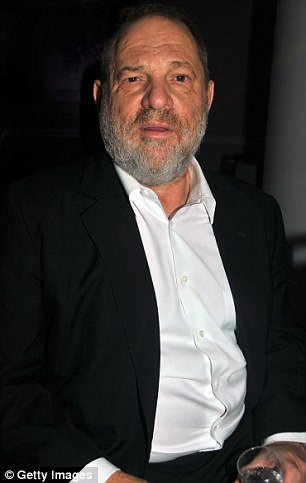 Actress Rose McGowan (left) appears to believe that her arrest warrant in Virginia and her accusations against Weinstein (right) could be in some way related, according to her tweet earlier on Monday 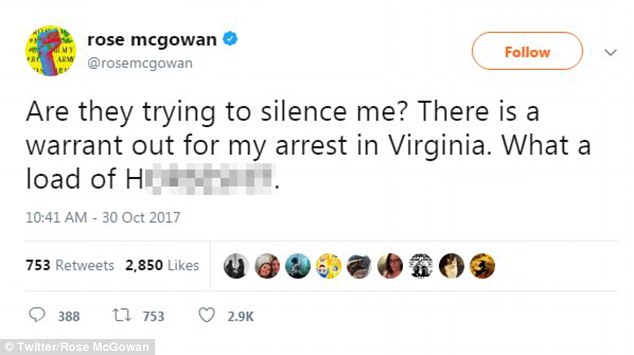 McGowan said she only realized that settlement did not include a nondisclosure component this summer, and this month accused the producer of the sexual assault on Twitter.

The allegations accusing other powerful men in media and Hollywood of sexual misconduct is growing.

On Sunday, Oscar-winning actor Kevin Spacey was accused by actor Anthony Rapp of making an unwanted sexual advance on him when he was just 14.

‘I’m beyond horrified to hear his story. I honestly do not remember the encounter, it would have been over 30 years ago,’ Spacey wrote in a statement.

‘But if I did behave then as he describes, I owe him the sincerest apology for what would have been deeply inappropriate drunken behavior, and I am sorry for the feelings he describes having carried with him all these years.’ 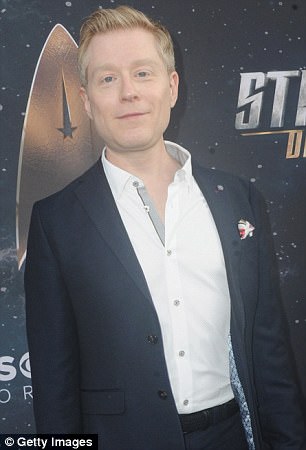 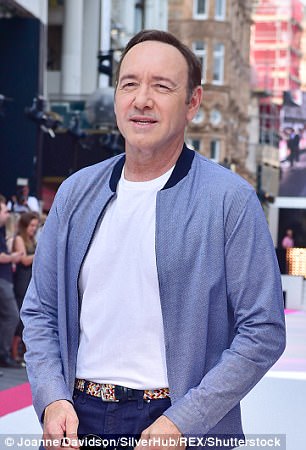 Star Trek: Discovery actor Anthony Rapp (left) accused Kevin Spacey (right) of making a sexual advance toward him when he was aged 14. Spacey responded to the allegation on Twitter and apologized while coming out as gay