Harvey Weinstein won’t testify before the New York grand jury that’s weighing whether to indict him on rape and other sex charges.

In a statement issued Wednesday by the disgraced media mogul’s team, it said his lawyers decided there was not enough time to prepare him to testify.

They say Weinstein and his legal team only learned the specific charges and the accusers’ identities just after turning himself in Friday, with a deadline set for Wednesday afternoon to testify, or to opt not to.

They say his request for more time was denied. Prosecutors haven’t immediately commented. 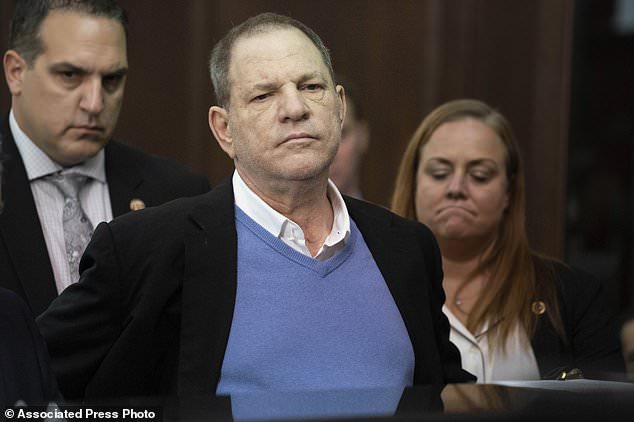 Friday in court Weinstein shown in court proceedings in New York, where he will not testify before a grand jury. Weinstein’s lawyers decided there wasn’t enough time to prepare him as he only learned of the specific accusers and allegations on Friday

One of those women is believed to be Italian actress and model Lucia Evans, who last week spoke about her decision to file a formal complaint against the former movie mogul.

The 36-year-old said she had struggled with the decision to make a formal complaint against the disgraced movie mogul in an interview published by The New Yorker on Thursday evening.

‘At a certain point, you have to think about the greater good of humanity, of womankind,’ she told Ronan Farrow.

Evans was one of the first women to speak out about Weinstein’s alleged abuses last fall.

She claims that the 66-year-old had forced her to perform oral sex on him in 2004.

Dozens more women have accused him of sexual misconduct ranging from harassment to assault in various locales.

The 66-year-old former movie mogul has consistently denied all allegations of nonconsensual sex.

Weinstein is remaining in the New York area after surrendering his passport Friday.

He also handed over a cashier’s check to cover the $1 million cash bond before leaving the court, with Weinstein heading off to be fitted for his electronic monitoring bracelet.

Weinstein was ordered to remain in New York or Connecticut as he prepares to face trial. 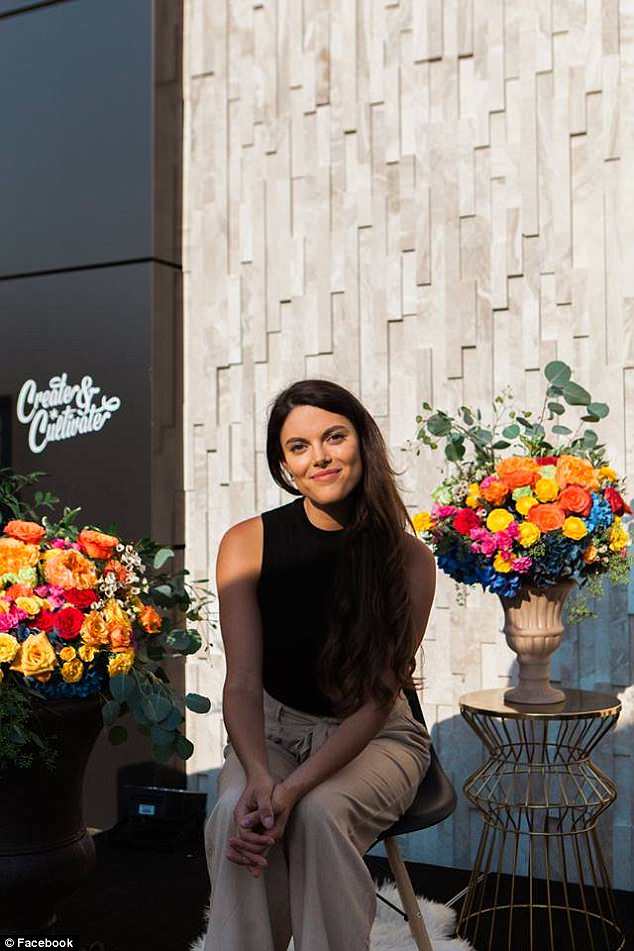 Actress Lucia Evans (pictured) is thought to be one of at least two women who are involved in the grand jury case against Weinstein. She spoke out last week about her decision to formally file a complaint against him

Following his arraignment at Manhattan Supreme court Friday, his attorney Ben Brafman said that Weinstein will enter a plea of not guilty.

Brafman then spoke outside court, and offered up an unexpected defense for his client.

‘My job is not to defend behavior. My job is to defend something that is criminal behavior,’ stated Brafman.

‘Mr. Weinstein did not invent the casting couch in Hollywood. To the extent that there’s bad behavior in that industry, that is not what this is about. Bad behavior is not on trial in this case.’

The investigation into Weinstein’s alleged assaults is ongoing, and a grand jury is still convened and hearing testimony in the case.