Nobody is glossier or better-connected in Canada than the Mulroneys — he’s the son of the former PM and she was best friends with Meghan Markle.

Nobody has served up such an image of bulletproof domestic perfection on social media, either. One friend observed that their life resembled a beautifully produced and continuously running reality TV show.

But handsome news anchor Ben and his fashion stylist wife Jessica have fallen from grace — and, it seems, out with Meghan — at a dizzying speed, after Jessica was caught in an embarrassing racism storm which continues to rage.

No couple in Canada is glossier or better connected than Ben (pictured left) and Jessica Mulroney. But Ben stepped down from his news anchor role amid a racism storm surrounding his wife

Yesterday Ben, 44, resigned from his job on a showbiz news programme in the hope that the role can be given to someone ‘black, indigenous or a person of colour’.

As he announced his departure, he said: ‘Thank you all for your words of kindness and support, and most of all for holding us all, including me, accountable.’

Jessica, 40, issued three public apologies, but her career has nonetheless been consigned to the flames.

Her wedding show was pulled from the screens, her future talk show appearances have been rescinded, and her endorsement of a department store was also canned. She has even stepped away from the charity she founded with her sisters-in-law.

It seems she may have been dropped by Meghan, too, with rumours swirling at the New York Post that the pair have not spoken for at least a week. 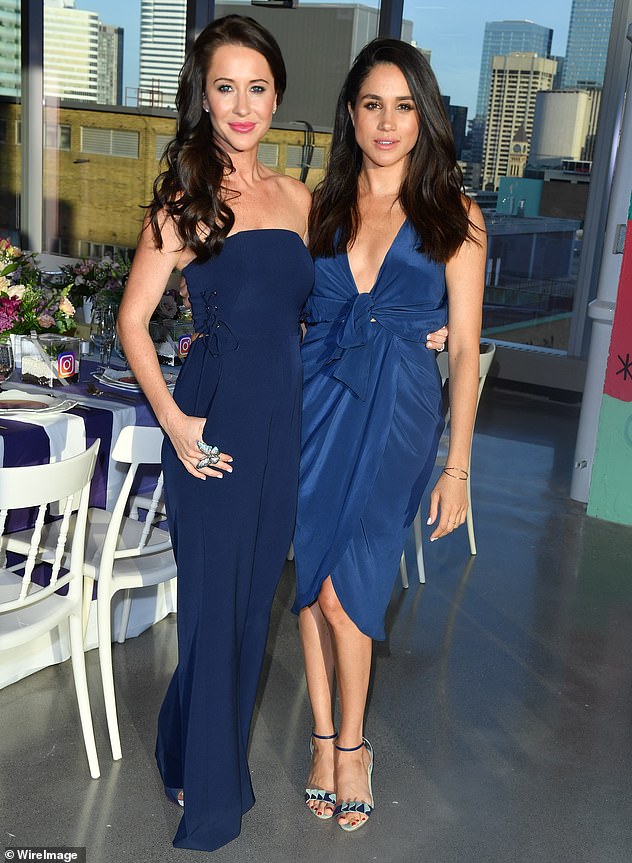 Jessica Mulroney (pictured) left is, or was according to reports, best friends with Duchess of Sussex Meghan Markle (right)

Colleagues have also come out against her, and the Canadian TV network that aired the Mulroneys’ shows has even initiated an investigation.

The crisis is of such magnitude that sources indicate Ben Mulroney spent time considering whether he needed to step away from broadcasting altogether.

One said: ‘He was so upset by the treatment of Jessica that the idea of quitting entirely was on the table. He spent the weekend negotiating over what to do for the best.’

He will remain as the host of CTV’s breakfast TV show Your Morning, and is to continue as a reporter on Etalk, the show he has resigned from as anchor.

After 18 years working on the programme, he said: ‘I have decided to immediately step away from my role as anchor to create space for a new perspective and a new voice.

‘It is my hope that the new anchor is black, indigenous, or a person of colour who can use this important platform to inspire, lead, and make change.’

In an emotional speech delivered with confidence and some charm to viewers of Your Morning, he faced the ‘Jessica issue’ head on.

He said: ‘I want to take a moment to speak to you about the situation surrounding my wife Jessica. I love my wife.

Not everyone was convinced. One observer tweeted: ‘I’m stepping down as anchor to make room for someone who is black, indigenous or a POC [person of colour], because I don’t want to continue leveraging my privilege…

‘Also Ben Mulroney: … But I’m still going to do all the cool stuff like hosting red carpets and keep hosting Your Morning.’

One prominent local writer, who did not want to be named, said: ‘When he was Prime Minister of Canada, Brian Mulroney led the charge to kick South Africa out of the Commonwealth over racism, so I should think he is appalled by what has unfolded.

‘It is tarnishing his legacy. That has to be a factor in how this is playing out.’

It all began when it emerged that Jessica had threatened black blogger Sasha Exeter in private messages, after taking offence with what she saw as Sasha accusing her of not doing enough to promote racial equality.

Sasha recounted how Jessica — heiress to a shoe business — appeared to threaten to derail her career and promised to slap her with a libel lawsuit, sending her a message which read ‘liable suit’ (sic).

Jessica felt obliged to offer three apologies, admitting: ‘I was wrong, and for that I am truly sorry … I will do everything in my power to right this wrong.’

But it was too late. Jessica was dropped by her TV outlets — CTV, for which she presents the bridal show, ‘I do, Redo’, and ABC, which has used her as a fashion commentator for Good Morning America.

She also lost her role as a fashion and bridal specialist for department store Hudson’s Bay.

TV personality Lainey Lui, who has worked for 15 years with Ben Mulroney on ETalk, turned up the pressure in a lengthy blog post last week.

Lainey wrote: ‘When all of this was going down, I can tell you for sure that at least one email was sent out from the Mulroney camp to someone who ‘liked’ [blogger] Sasha’s post.’ 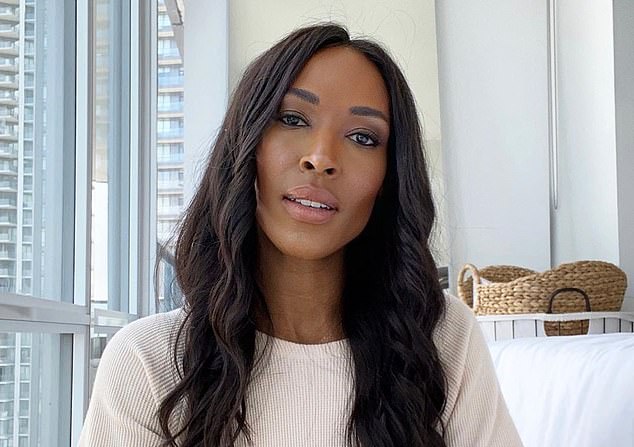 In other words, the person in question had offered moral support to Sasha Exeter online.

‘It was an email that sent a message and this is the way the message was received: “You’re on watch, so you should think about whose side you’re on.’”

‘Word on the street right now is that Jessica is still watching people’s Instagram stories, paying attention to what people are saying, and people are nervous that she’s taking names and making a list.

‘She’s telling those who are continuing to engage with her privately that “there are two sides to every story”, suggesting that she doesn’t feel she’s as in the wrong as she actually is.’

Lainey went on: ‘Before Sasha Exeter told her story, there were a lot of people in Canadian media with their own Jessica Mulroney stories. Some of them are thinking of telling them now after Sasha opened the door. But they don’t work with her husband.

‘People are afraid of retribution … Retribution might not come this week or next week, but in three or six months, when Jessica’s white privilege (which is already working in her favour) is reactivated. She has powerful allies.’

But are there any left who will come to her aid?

‘The schadenfreude has only been too real,’ says Canadian society columnist Shinan Govani.

‘If you could see the barrage of messages I have been getting from people around town who’ve been rubbed the wrong way by Jessica or had some fashion-world horror story involving her, you’d get the drift.’

So far, all of the tales of Jessica’s bad behaviour seem to amount to nothing more than her being rather rude to people less important than her.

Shinan added: ‘The Jessica scandal has been like a bowling ball taking down any number of Mulroney pins.’

We can reveal that the broadcaster CTV has set up a ‘task force’ to interview staff on I Do, Redo.

I’m told: ‘They are investigating everything — workplace atmosphere, the make-up of the crew. They talked to people like Caspar Haydar who was one of the other co-hosts.’

Sadly for Jessica, it turns out that Haydar has now lined up against her, writing on Instagram: ‘The actions of my co-host Jessica Mulroney weigh heavy on my heart.

‘Someone I’ve grown a close bond with and shared some really emotional moments with while filming our show makes this even harder, but her actions … go against everything I stand for.’

Shinan said: ‘This has been the June of gloom for the Mulroneys. The Jessica story has unfurled, making headlines because of the way it merges together the worlds of media, society, fashion, royalty, and influencer culture all at once.

‘It has been interesting in the way a slew of little bad decisions went on to cause such a ripple effect. She and Ben started off the month as a power couple, with everything going for them — money, brand associations, a high-profile friendship halo.’

One major factor in their fall has been the rumoured withdrawal of the friendship of Meghan Markle. Last week, after a period of silence, ‘sources’ released a series of suggestions to the New York Post saying that Mulroney had been piggy-backing on Meghan’s career.

‘How can you have such a close friendship when one person is basically making a career out of the friendship?’ a source asked.

It is unknown if the sources were making their comments with Meghan’s knowledge.

Only last summer, it was Jessica who rallied round Meghan, wading in to defend her after accusations of eco hypocrisy over her private jet use, calling her critics — oh, the irony! — ‘racist bullies’.

Of course, Meghan is notorious for having already cut ties with all her family, with the exception of her mother Doria, and various friends and acquaintances from earlier on in her life.

However, the speed at which Jessica appears to have been cast out from Meghan’s inner circle is startling, as it was widely reported that Meghan left her son Archie with Jessica in Canada when she and Prince Harry made a visit to the UK in March.

The Mulroneys’ daughter was even a bridesmaid at their wedding, and their sons were page boys.

So what has happened? The story of the friendship of Meghan and Jessica is the story of two women who at one time found their private profiles and public ambitions perfectly aligned.

Columnist Shinan was there at the start of the friendship.

Back in 2014, Meghan was divorced from her first husband, producer Trevor Engelson, and dating celebrity chef Cory Vitiello. The couple came to Shinan’s house for a dinner party.

Shinan said: ‘He was this strapping young guy and he had this thing where he bridged uptown and downtown Toronto. A lot of the contacts she ended up making were because of Vitiello.’

Her key contacts, of course, were the telegenic Toronto power couple, Ben and Jessica Mulroney.

Shinan said: ‘The Jessica Mulroney relationship was key in that it opened up her world.

‘It’s what connected her to people like the current Canadian premier Justin Trudeau and his wife Sophie, and also to Markus Anderson, the global membership director of [the exclusive members’ club] Soho House.’

Meghan was in Toronto to film Suits, and she and Jessica became fast friends, with Jessica giving her a leg up the social ladder.

She turned her from a jobbing LA actress to a woman who spent nights at Soho House with Sophie Trudeau. 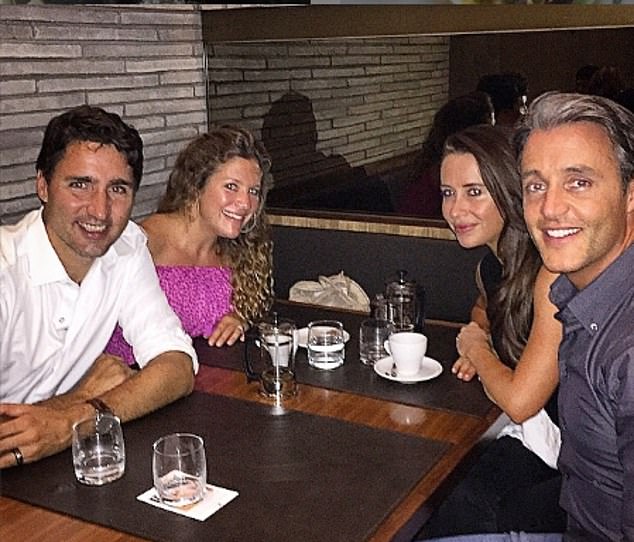 Meghan and Jessica took a ‘girl squad’ trip to Europe together in 2015. Jessica called it a #fakehoneymoon and added ‘Happy wife happy life’.

The first cracks in the relationship apparently started to show around the time of the royal wedding, with some saying that Jessica had tried to take credit for Meghan’s Givenchy dress, even though Meghan had fostered that relationship herself.

They remained close though, with Jessica staying with Meghan and Prince Harry at their rented Cotswolds cottage when she was in the early stages of pregnancy, and coming with her on a trip to Australia, New Zealand and Fiji.

But the globe-trotting days with the Duchess — and so much else besides — appear to be over.

A representative for the Mulroneys did not return requests for comment on their relationship with Prince Harry and Meghan, or about Ben Mulroney’s plans.

At a time when the Duchess of Sussex has pledged to commit herself to the cause of Black Lives Matter, it seems a friend tainted by so-called ‘white privilege’ and racism simply had to go.