When Lisa Wilkinson’s Channel Nine contract was up for discussion late last year, she was unable to successfully negotiate a salary equal to her Today co-host.

And in December, it will be ‘Two Million Dollar Man’ Karl Stefanovic’s turn to justify his contract, despite the fact his ratings and reputation have taken a hit since he last reached an agreement with his employers in 2015.

The 43-year-old’s recent Ubergate scandal has left some industry observers wondering if Karl will be around to host Today or This Time Next Year in 12 months’ time.

Will Karl break up with Today? How under fire Channel Nine host Karl faces a battle to renew his soon-to-expire ‘$2 million-a-year’ contract after Ubergate and ratings plunging after his high-profile divorce

Karl made headlines earlier this month after details of a candid phone conversation he had with his brother Peter, 36, were published in New Idea.

In the chat – which was ‘overheard’ by Peter’s Uber driver – Karl allegedly said that Channel Nine bosses were ‘out of touch’.

Of course, the potential problem for Karl is that those aforementioned bosses are the ones who he’ll have to convince to keep him on the payroll in just over eight months.

Also of concern is the fact that it was Karl’s ‘friend’ David Gyngell who negotiated his reported ‘$2million per year’ contract back in 2015. 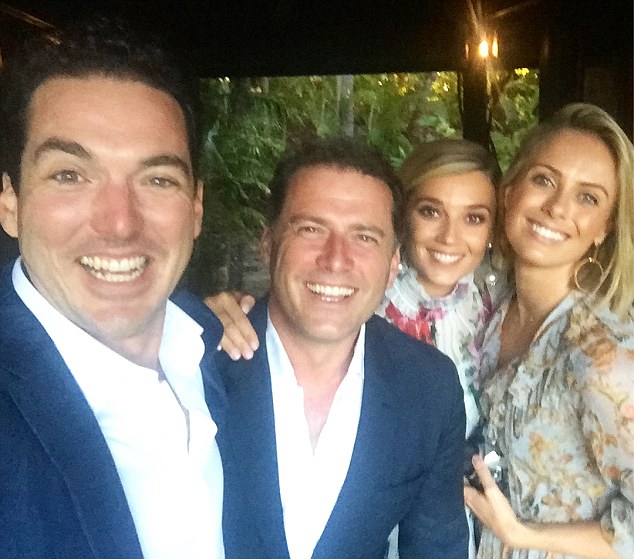 Good luck! In December, it will be Karl Stefanovic’s turn to justify his contract, despite his ratings and reputation taking a hit since he last reached an agreement with Nine in 2015

David Knox, the founder and editor of TV Tonight, said this week: ‘His mate David Gyngell may have made excuses for past mistakes, but (new CEO) Hugh Marks is not likely to be so generous.’

Speaking specifically about Ubergate, he added: ‘Karl’s comments undermine everything producers and management have been trying to build around the show following bad press around the departure of Lisa Wilkinson.’

In 2015, Karl was still with his wife-of-21-years Cassandra Thorburn, and was widely considered an authentic figure that his audience could relate to. 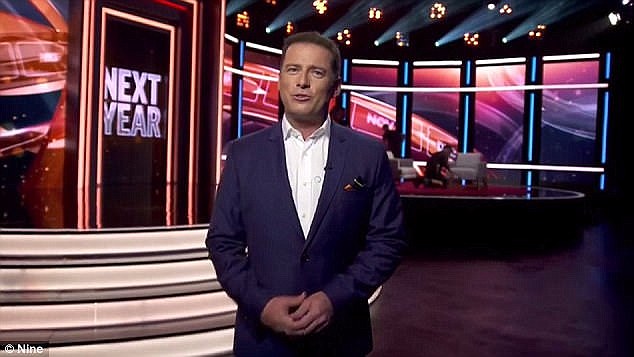 Not this time! The recent Ubergate scandal has left some industry observers wondering if Karl will be around to host This Time Next Year in 12 months’ time 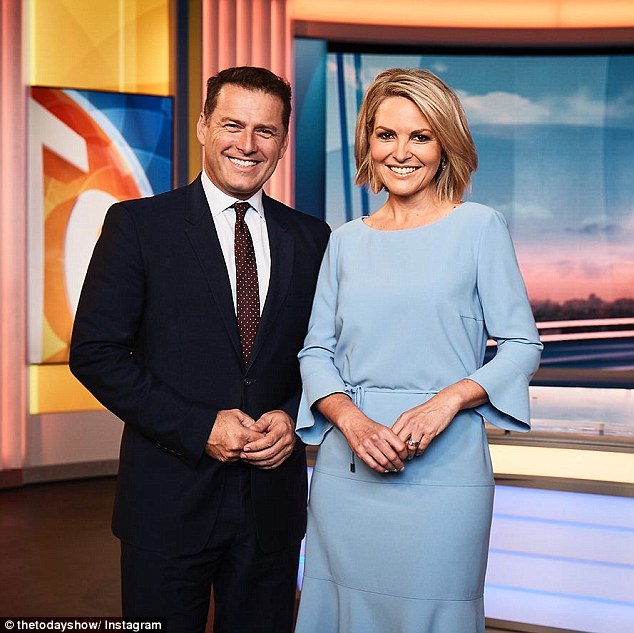 Oh dear! As well as allegedly criticising Today co-host Georgie Gardner during the Ubergate call, Karl is also said to have called Channel Nine bosses ‘out of touch’

But a lot changed when the reported $2 million-a-year hit his pocket – including his  partner.

Karl split with Cassandra in 2016, and by the end of that year he was already dating former model Jasmine Yarbrough. They are now engaged.

Today’s ratings have been falling ever since his divorce was finalised. 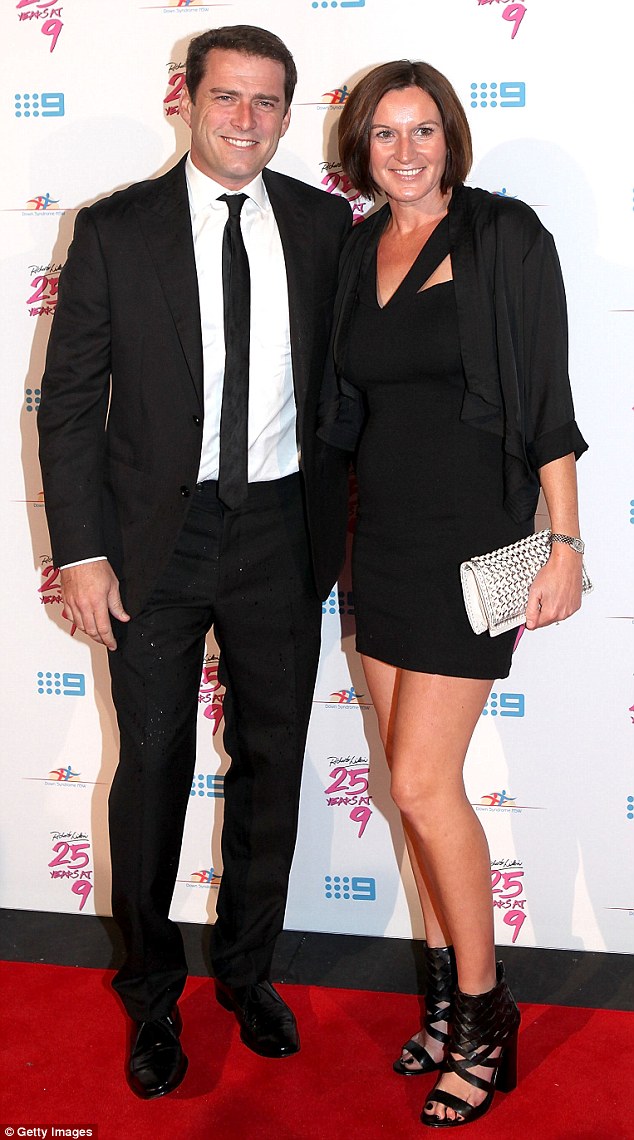 Has the divorce affected his reputation? Karl split with wife Cassandra Thorburn in 2016, and by the end of that year he was already dating former model Jasmine Yarbrough

‘The Today show ratings are bad… they’ve done private market research at Nine into Karl and it’s coming up that women have turned on him,’ Ford told The Kyle and Jackie O Show in April last year.

Then, when Karl left Today for a week-long Bora Bora trip with Jasmine in June, his fill-in Ben Fordham helped the show outperform Seven rivals Sunrise in the ratings.

In an interview with Stellar magazine in June, Karl himself admitted his split with Cassandra alienated some female viewers.

‘I know… maybe there may be some women out there who are still angry with me but I’ve never tried to be anything other than myself,’ he said. 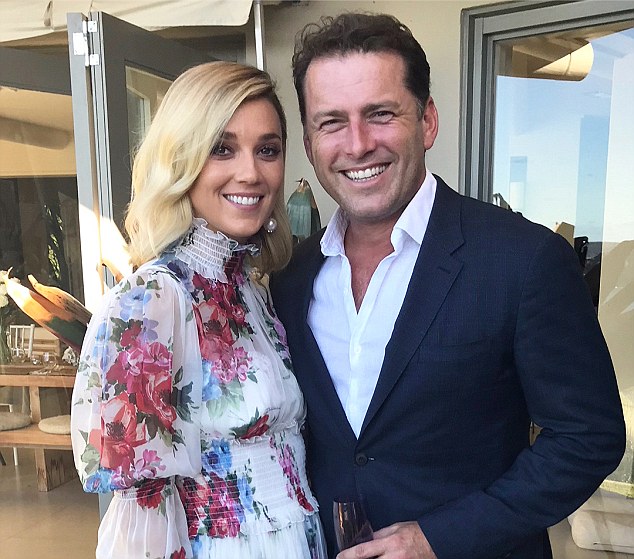 New model: Today’s ratings have been plummeting ever since Karl’s divorce was finalised. Pictured: Karl and his new fiancée Jasmine Yarbrough

Even if allegations he criticised co-host Georgie Gardner during the Uber call aren’t true, the reports have likely knocked his reputation with female fans down a notch.

A source explained to News Corp: ‘Karl, the man the network built as the man of the people, is appearing tone deaf to what the people actually think.’

However, when Karl’s co-host Lisa Wilkinson left the network last year, Channel Nine CEO Hugh Marks appeared to reveal just how much they valued him.

He explained that the presenter was valuable because his loyalties lie with the network, whereas Lisa also has commitments with HuffPost as their editor-in-large.

‘I hate the fact we have to compare her with Karl but with him we have all those rights. With Lisa we do not,’ he told the Daily Telegraph last October. 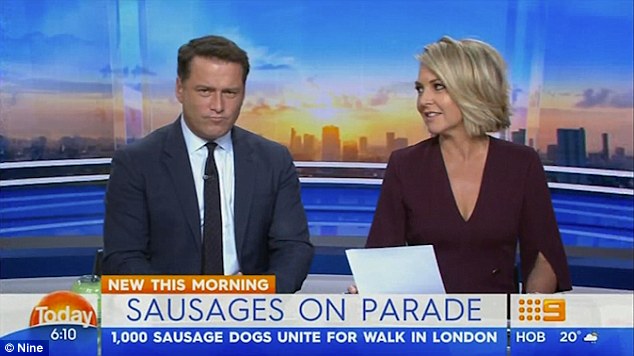 ‘Women have turned on him’: Many industry experts – including entertainment reporter Peter Ford – believe the ratings crash is linked to Karl’s very public personal life