An obsessed black cab driver who bombarded socialite Jemima Khan with hundreds of text messages in a year-long campaign of harassment has walked free from court.

Hassan Mahhmood, 27, embarked on the bizarre behaviour against the billionaire’s daughter after picking her up in his cab when she was on a night out with friends in Soho, London.

He saved Ms Khan’s phone number after the ride and inundated her with calls, texts and WhatsApp messages asking her to meet up.

The black cab driver sent 1,182 text messages, called her 203 times and sent many more WhatsApp messages between June 2016 and July this year.

He used eleven different phones to contact Miss Khan, 43, after she blocked him and affectionately referred to her as ‘Bhabhi’.

She told a court that he would come to her home and that she was planning on moving house following the ordeal.

The court heard Mahhmood picked her up from jazz club Ronnie Scott’s when Miss Khan booked a cab through Hailo on 16 June.

She was with some friends and Mahhmood – who said he admired Pakistani cricket legend Imran Khan – told her he recognised her and requested a photo.

Miss Khan obliged and took a snap with him before he dropped her off, but he had saved her number through the booking system and the campaign began.

On one occasion he texted her 23 times. He was described last month at Isleworth Crown Court as being ‘totally obsessed.’

Sentencing Mahhmood to eight weeks prison, suspended for 18 months, Judge Martin Edmunds QC told Mahhmood he had left Ms Khan ‘increasingly frightened’ that he would come to her home.

Judge Edmunds told him: ‘She would ask family or friends to stay over and the seriousness of this is shown by the fact that she was planning to move house.

‘It is a sadness that she delayed reporting you out of fear you would seek revenge.

‘Harassment is a serious crime. 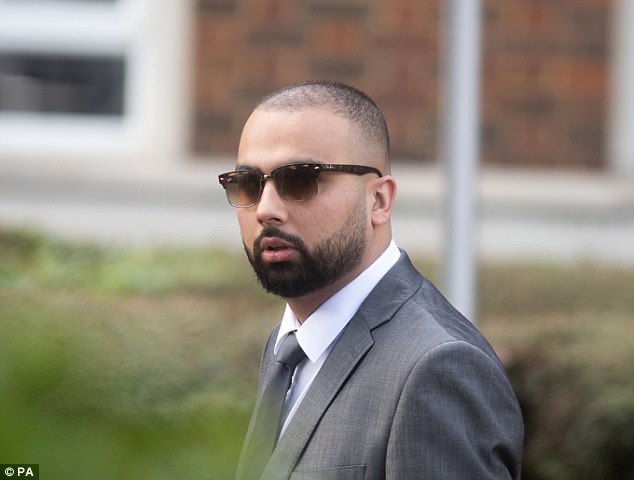 ‘Whether a person has a degree of celebrity or not, the unwanted attentions of an obsessive, a person to whom no encouragement has been given and who disregards the clearest requests to stop is both distressing and frightening.

‘It intrudes on ordinary life so that people fear another phone call or another text.’

Prosecutor Ruxanna Naser said: ‘To the extent that the last few messages stated that he wanted to meet her and come visit her.’

Mahhmood put her through months of distress as Miss Khan told him: ‘This is scaring me, if you do not stop immediately I will call the police.’

In a victim impact statement read to the court Miss Khan said: ‘The incident has made me increasingly anxious.

‘At times I would be home alone and he would call me several times. Sometimes he said that he would come to my house. I would ask friends to stay.

‘I have found it hard to sleep. I have, on occasion, asked my sons to come home from wherever they are as I have been so scared. 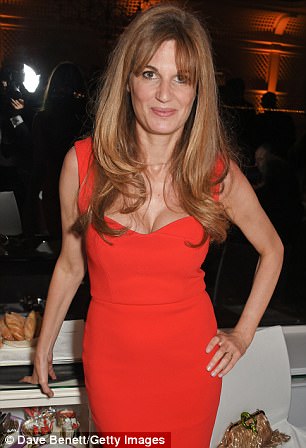 She told a court that he would come to her home and that she was planning on moving house following the ordeal.

‘I am nervous when I book a cab in case it is him. I feel extremely vulnerable and scared. As a result I am planning to move house. He seems to have become increasingly unstable.’

Umar Ali, defending Mahhmood, previously said that although the texts were persistent they were of ‘an innocent nature.’

Mr Ali told the judge today that Mahhmood is enrolled in a cognitive behavioral therapy course to aid his offending.

He said the driver was had never had any previous problems with the police.

Mr Ali added: ‘I would urge you to impose a community order with the requirements of a rehabilitation order with unpaid work.’

He told the judge that his client was remorseful and that ‘he knew what he did was wrong.’

Mahhmood became a huge fan of Miss Khan after her failed marriage to the legendary cricketer.

He was also ordered to complete a rehabilitate activity requirement for 20 days and complete 120 hours of unpaid work.

But he admitted a lesser charge of harassment without violence.