Haul of Anglo-Saxon treasure including brooches and spearheads is set to fetch £30,000 at auction

A haul of Anglo-Saxon treasure dating back 1,500 years which was found buried on farmland six decades ago is expected to fetch £30,000 at auction.

The ancient items – which shed light on life in medieval England – were hailed as one of the most significant archaeological discoveries of the 20th century when they were uncovered between 1962 and 1979.

History teacher Gordon Taylor stumbled across more than 250 artefacts when he initially unearthed a piece of bone at Welbeck Hill, in Irby-on-Humber. 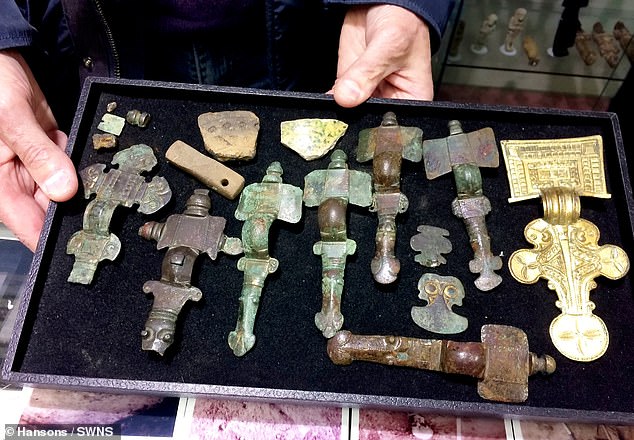 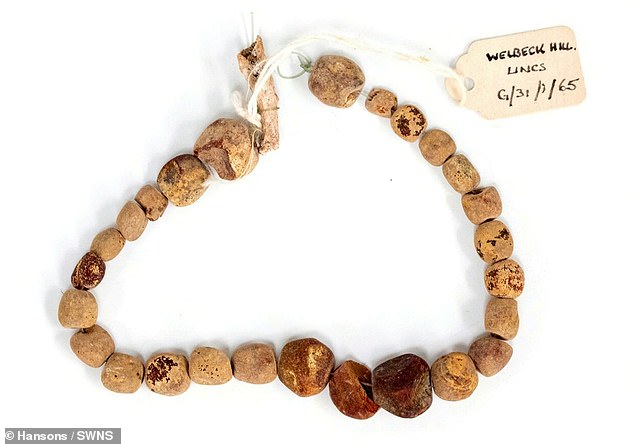 More and more items, dating back to 425-600 AD, were gradually unearthed from 72, mainly female, graves including rare brooches, pots, knives and spearheads.

Silver pendants, using characters from the early Teutonic alphabet, were also discovered at the site during excavations led by Mr Taylor almost 60 years ago.

The incredible collection of historical treasure will go under the hammer today with a guide price of £30,000 at Hansons Auctioneers in Etwall, Derbyshire.

It also includes tweezers, scissors, jewellery, amber and pottery beads and a girdle-hanger, which resembled keys and symbolised women controlling the home.

Mr Taylor, of Cleethorpes, died in 2017 at the age of 88 and left his collection to his wife Muriel, who now wants the collection to end up in a museum.

Under the Treasure Trove legislation at the time, the artefacts did not require surrendering.

Mrs Taylor, 89, said: ‘It’s so important to me that this collection stays together. I would like it to be preserved in a museum.

Who were the Anglo-Saxons and when were they around?

Anglo-Saxon England was early medieval England, existing from the 5th to the 11th centuries from the end of Roman Britain until the Norman conquest in 1066.

The Anglo-Saxons were the members of Germanic-speaking groups who migrated to the southern half of the island of Great Britain from nearby northwestern Europe.

According to St. Bede the Venerable, the Anglo-Saxons were the descendants of three different Germanic peoples—the Angles, Saxons, and Jutes. By Bede’s account, those peoples originally migrated from northern Germany to the island of Britain in the 5th century at the invitation of Vortigern, a ruler of Britons, to help defend his kingdom against marauding invasions by the Picts and Scotti, who occupied what is now Scotland.

‘Gordon used to enjoy field walking and, one day in 1962, came across a piece of the femur bone and a fragment of Anglo-Saxon pottery on the surface.

‘He consulted the farmer who owned the land to gain permission to dig. That was the start of a 17-year excavation.

‘He hadn’t studied archaeology before but was so excited about it. He was very, very busy with it all, documenting each find.

‘Welbeck Hill was Gordon’s life. He did very well, considering he left school at 14 and didn’t pass his 11 Plus.

‘He was self-taught and eventually became a history teacher. His research was very thorough and academic which is shown in the extensive and meticulous recordings.’

Gordon’s son, Geoff, remembers joining his dad at the dig and finding an important pot.

He said: ‘A picture was taken of me at the site when I was ten years old was published in the paper.’

This then led to the discovery of what was described as one of the most remarkable pagan Anglo-Saxon sites ever found in Britain. 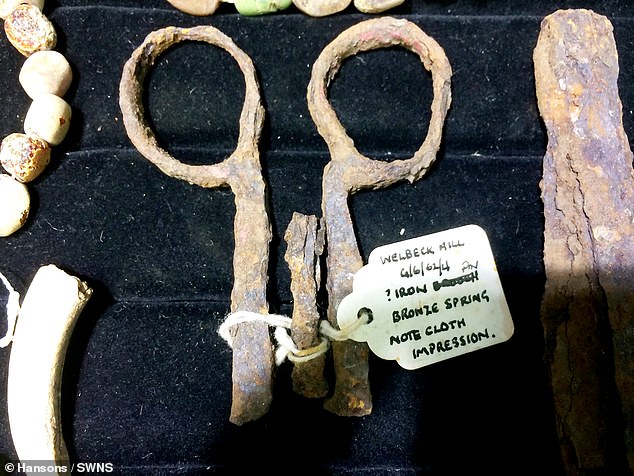 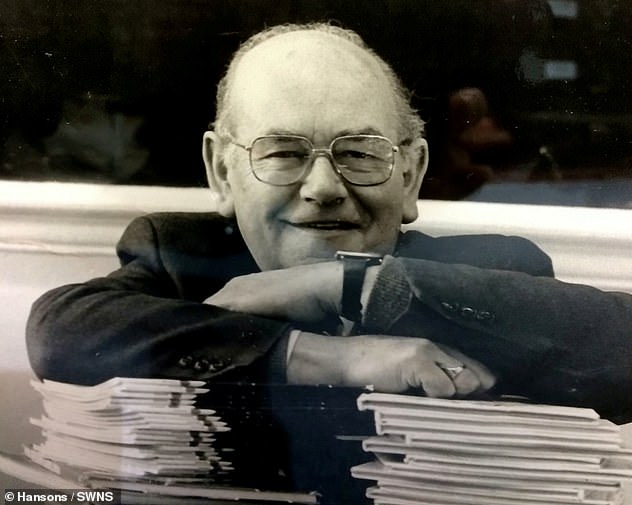 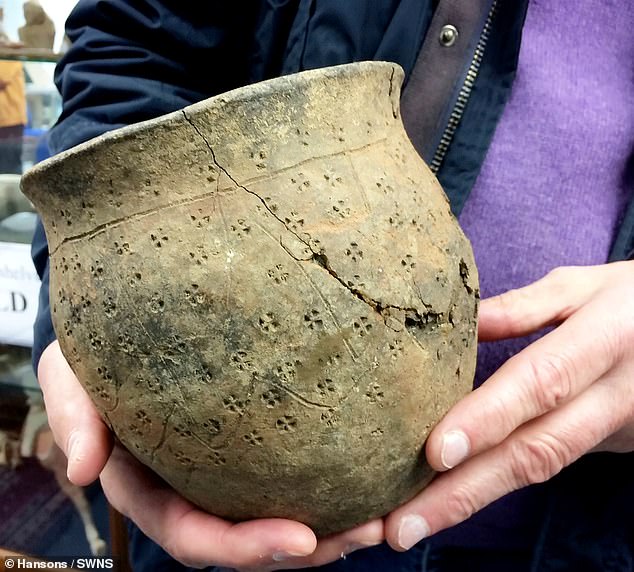 Students and archaeologists from the UK and overseas all volunteered their services to help at the dig.

Gordon spent most of his spare time excavating the site and researching the finds as it quickly became a labour of love.

In an article for Grimsby Archaeological Society, the dad-of-four wrote: ‘Welbeck Hill has yielded finds of great importance including pottery, metalwork, jewellery, textiles, and wood.

‘These objects were made and used by some of the first Englishmen.’

Charles Hanson, owner of Hansons Auctioneers, said: ‘These items were used or worn by the first Englishmen and women.

‘They provide a wonderful insight into what life was like for our ancestors.. We would like to see the entire collection kept together, preferably in a museum.

‘These objects deserve to be saved for the nation. These items were lost in the ground, destined to decay or be churned up by a plough.

‘They’re part of England’s rich heritage and deserve to be on display.’