The dark past of Australia’s race relations is hidden in a haunting historical photo and a street name still in use today.

Two streets in Brisbane’s West End and Spring Hill – either side of the city’s CBD – are called Boundary Street.

But the little-known story behind the name of the bustling inner-city roads is one of the strict racial segregation governing Indigenous communities in Brisbane in the mid-1800s.

The streets marked a perimeter line Aboriginal locals had to stay outside of after 4pm between Monday and Saturday and all day on Sundays.

White Brisbanites also used boundary posts to demarcate the town’s exclusion zones, with one shown in an eerie photograph of a South Brisbane home.

A solitary grey post stood beside the gates to a property now used as the grounds for a private girls school – telling both police and Aboriginal Australians where the prescribed ‘boundary’ line sat.

Police troopers lining the street would drive out the unwanted Indigenous workers after a day’s work using cracking stock-whips, according to the State Library of Queensland.

One historical study of the period, Brisbane: The Aboriginal presence 1824-1860, noted the enforced segregation represented a win-win situation for the city’s colonised population.

‘For whites in Queensland’s colonial towns the problem remained of keeping Aborigines at a sufficient distance to contain them as a perceived social and moral liability, whilst maintaining them near enough, as a cheap expendable labour force,’ the book read.

‘In solving this problem the metropolitan police became a vital ingredient – allowing Aborigines into the township for desultory and dirty labour by day, then driving them out at “curfew” times each evening.’ 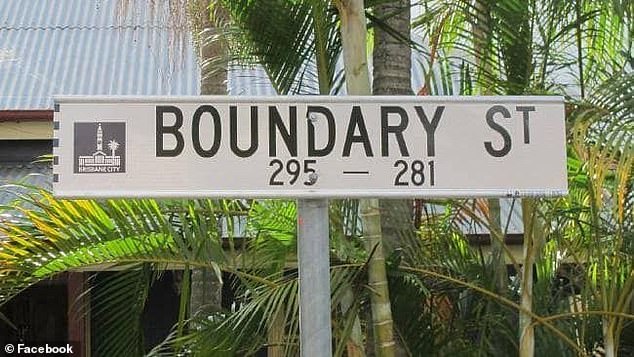 Two streets in Brisbane on either side of the city’s CBD are called Boundary Street, and reference a time when Indigenous workers were barred from staying within the city after 4pm on a weekday 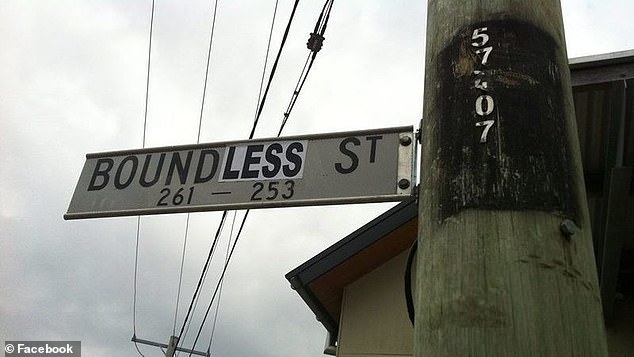 A 2016 change.org petition calling for the street to be renamed to ‘Boundless Street’ reached more than 1,000 signatures. Pictured is a digital edit of the sign changing it to the proposed new name 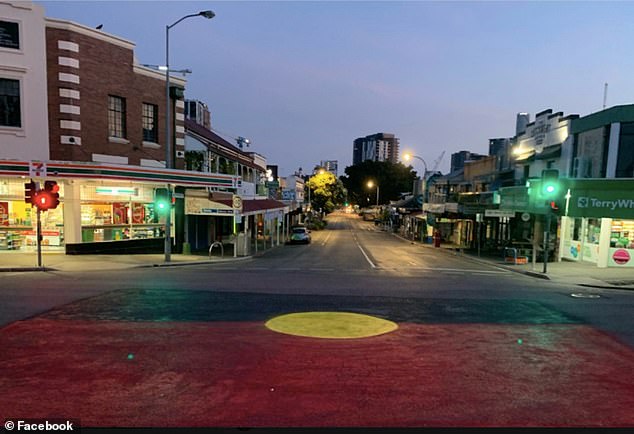 Calls have grown in recent years for Boundary Street to be renamed to something more inclusive. Pictured is the Aboriginal flag painted onto the road in Brisbane’s West End

Early Brisbane’s racist past has prompted in recent years calls for Boundary Street to be renamed to something more inclusive.

A 2016 change.org petition calling for the street to be renamed to ‘Boundless Street’ reached more than 1,000 signatures.

‘The persistence of these outdated street names hold the entire city of Brisbane [Meanjin] back from meaningful progression as a city and peoples committed to truthful and respectful harmony,’ the petition read.

Indigenous elder Sam Watson though said the Boundary Street in the West End – which has a strong Aboriginal community – should remain in place to serve as a reminder of how life used to be for his ancestors.

‘You shouldn’t sanitise history or conceal history as it should be there for people to know about,’ he told ABC News.