Following the defeat of Nazi Germany in 1945, an uneasy standoff developed between the US-led Nato Allies and a Soviet Union-dominated Eastern Bloc.

For the next four decades the two sides prepared for a conflict that thankfully never happened. This ‘Cold War’ came to an end following the collapse of the Soviet Union in 1991, but decades later traces of these mighty war machines remain around the world.

Fascinating new book Abandoned Cold War Places, by Robert Grenville, explores many of these relics through more than 170 striking photographs, from an immense aircraft graveyard housing more than 4,000 USAF aircraft in the Arizona desert to icebound submarine wrecks in Vladivostock.

Robert writes: ‘By the time Winston Churchill spoke in 1946 of an Iron Curtain coming down across Europe, the battle lines for this “war that wasn’t” were drawn.

‘When the Berlin Wall came down in 1989, and the Soviet Union collapsed two years later, the Cold War came to an end, but it has left its mark around the globe.’

Scroll down to see some of the fascinating images that appear in the book, with captions courtesy of the author… 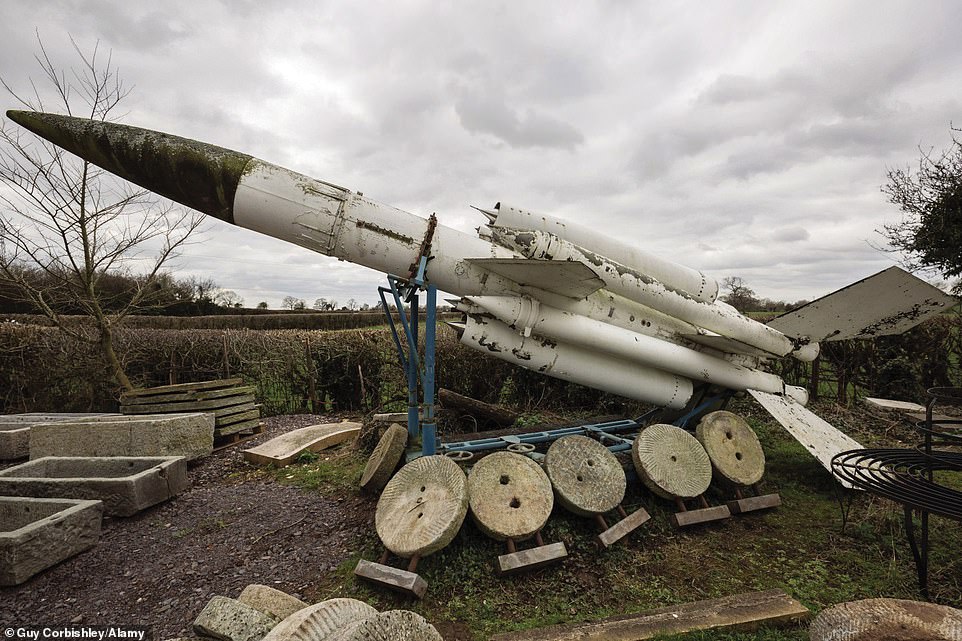 The Bloodhound surface-to-air missile entered service in 1958 and was deployed to protect the UK’s Thor missile sites and V-bomber bases from any Soviet bombers that had escaped interception by the RAF’s fighters. The upgraded Mk. II variant remained in service until 1991 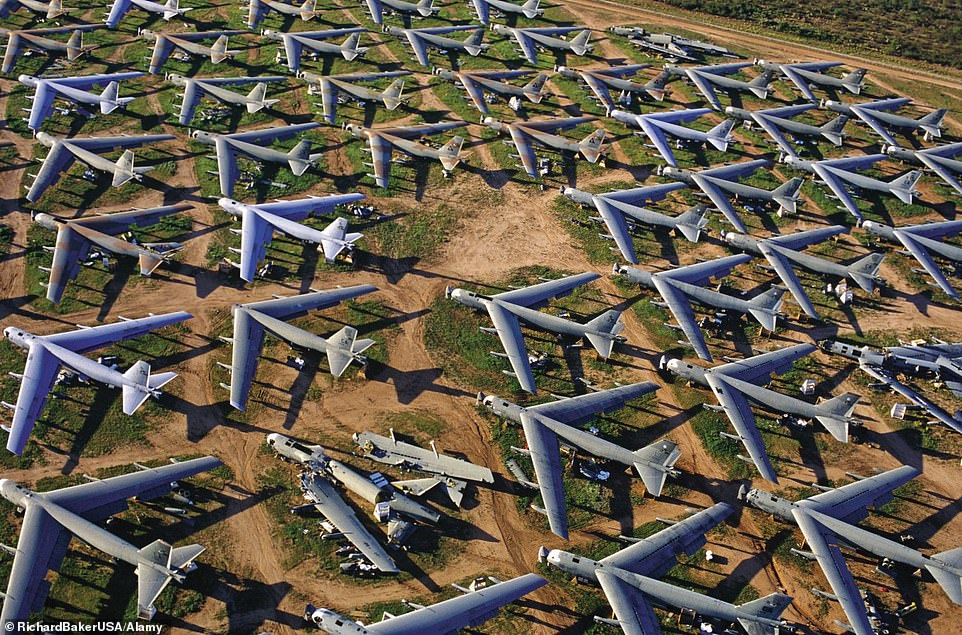 Approximately 4,000 aircraft are stored at Davis-Monthan. Most are eventually scrapped or raided for spares, but two B-52s have been restored to active service to replace those lost in accidents. The latest took four months to become airworthy after being in storage for over ten years 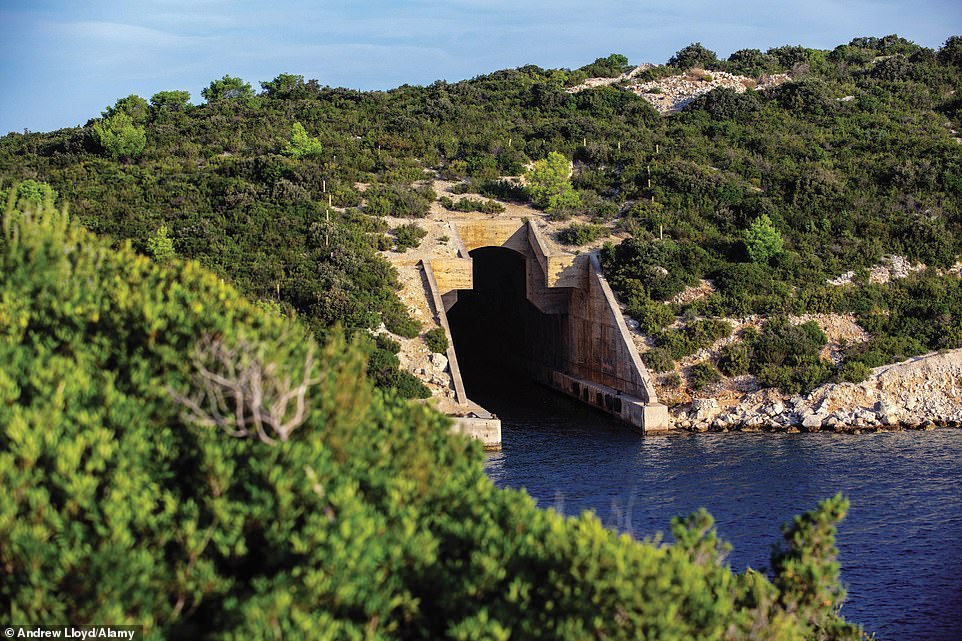 A small island in the Adriatic Sea, Vis was for a few months during WWII the headquarters of Tito, the former communist president of Yugoslavia and his Partisans. After the war the island was developed into a major fortified military base, including submarine pens and nuclear bunkers for Tito and his general staff. The Yugoslav Army withdrew in 1992 and it is now a tourist site 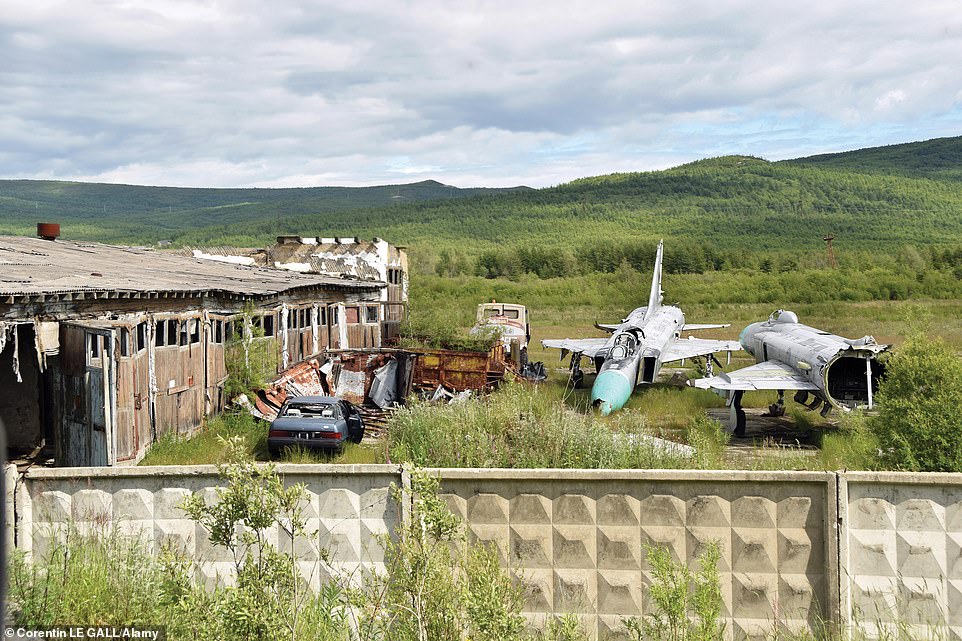 Their engines removed, the airframes of two Sukhoi Su-15 Flagon interceptors await scrapping. Magadan was in the front line of the Cold War, close to the Pacific Ocean. The Su-15 was developed as a counter to the US B-52 strategic bomber, and could travel over twice the speed of sound. It was a Soviet Su-15 aircraft that shot down Korean Air Flight 007 in 1983 after it flew into restricted airspace, killing all on board 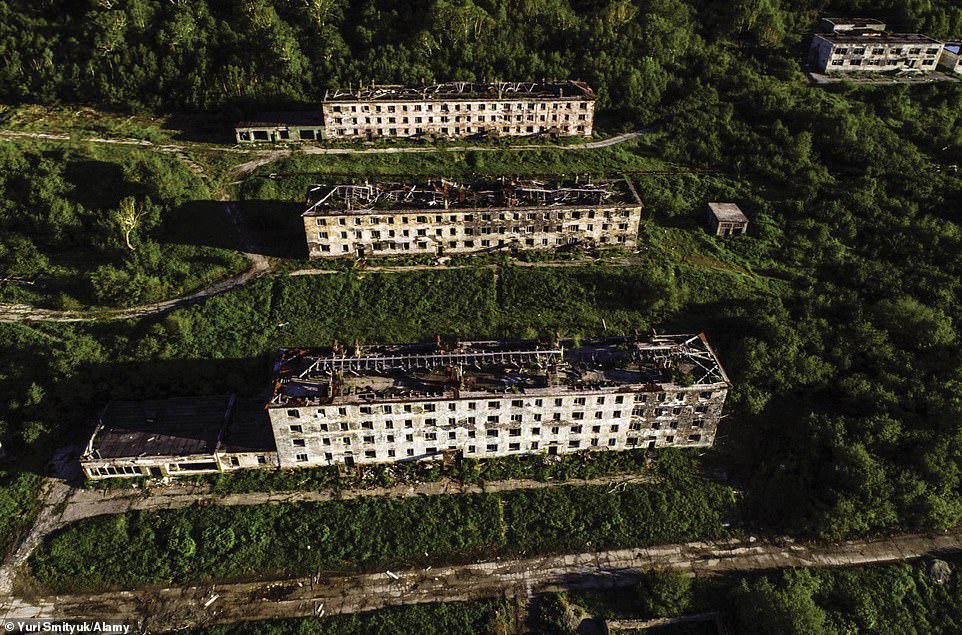 An aerial view of the housing built for the staff of this former base, known as Petropavlovsk-Kamchatsky-54. Established in 1960, it was an important naval base for much of the Cold War, but was closed in 1996 and is now a remote tourist destination on Russia’s Pacific coast 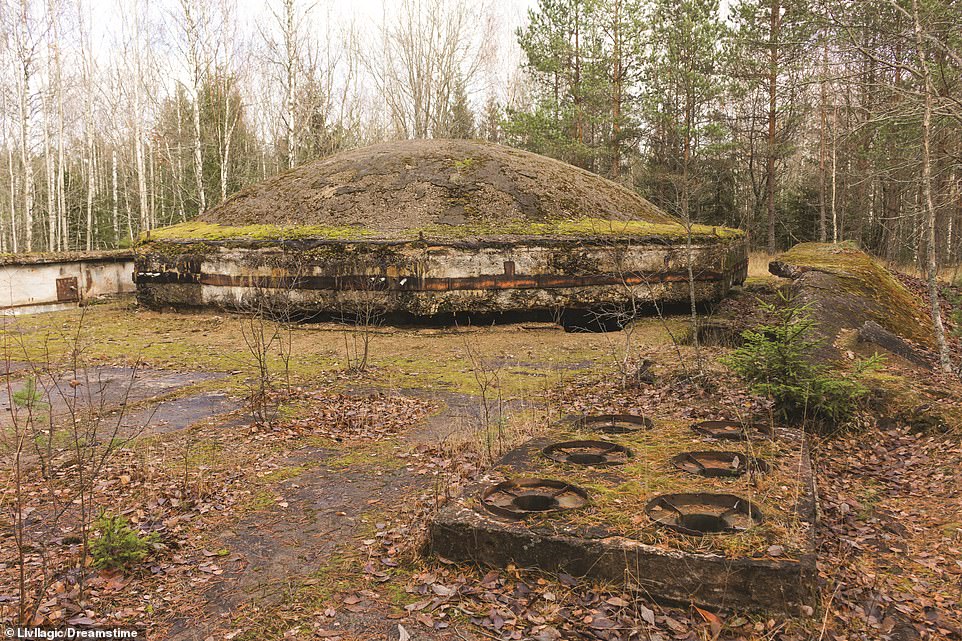 Now overrun by nature, underneath the concrete dome once lurked an R-12U nuclear missile capable of reaching targets throughout Europe. The R-12 was the missile that provoked the Cuban Missile Crisis in 1962. In the event of a nuclear launch being authorized, the dome would have opened to allow the missile to launch 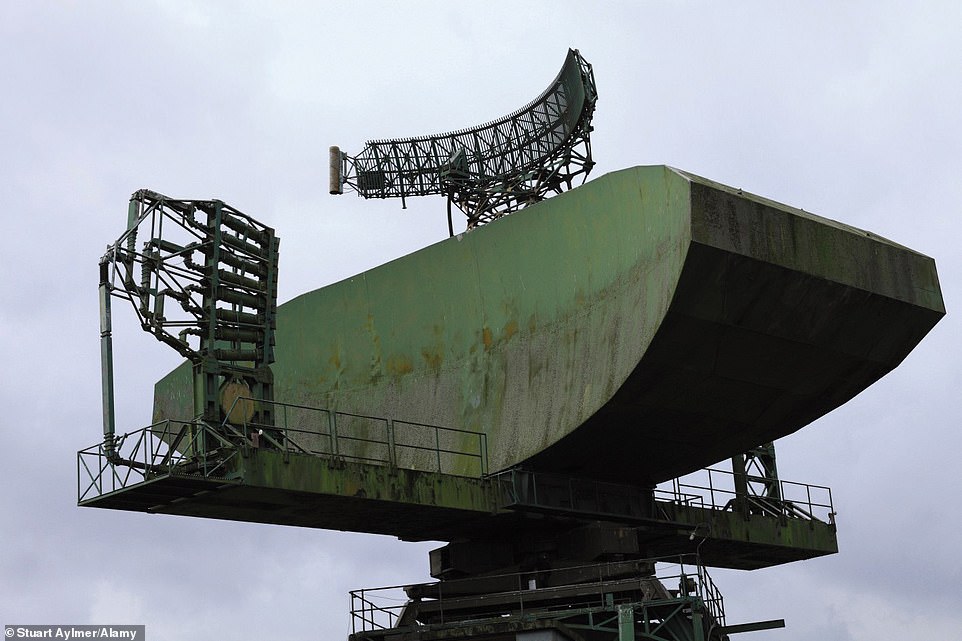 Part of the original ROTOR network, RAF Neatishead was a key component of the UK air defence network during the Cold War. In February 1966 one of the staff deliberately started a fire in the bunker that burned for nine days before it could be extinguished and cost the lives of three civilian firemen. He was sentenced to seven years’ imprisonment 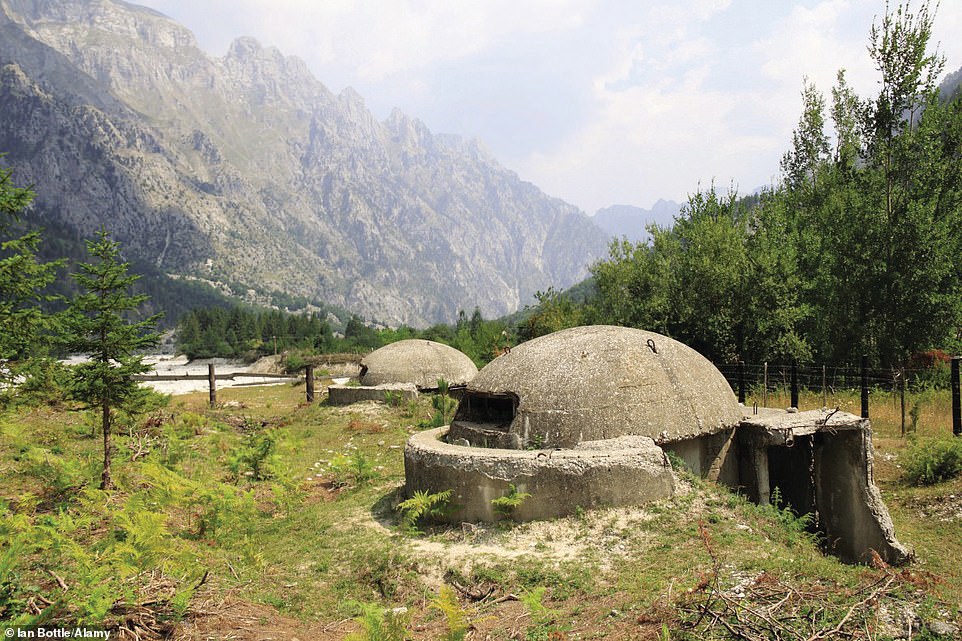 In the shadow of Albania’s Accursed Mountains lie these concrete Cold War bunkers near Valbona. After Enver Hoxha, the Communist leader of Albania, broke from the Soviet sphere of influence in 1968, many bunkers were built throughout the country against the threat of invasion until his death in 1985 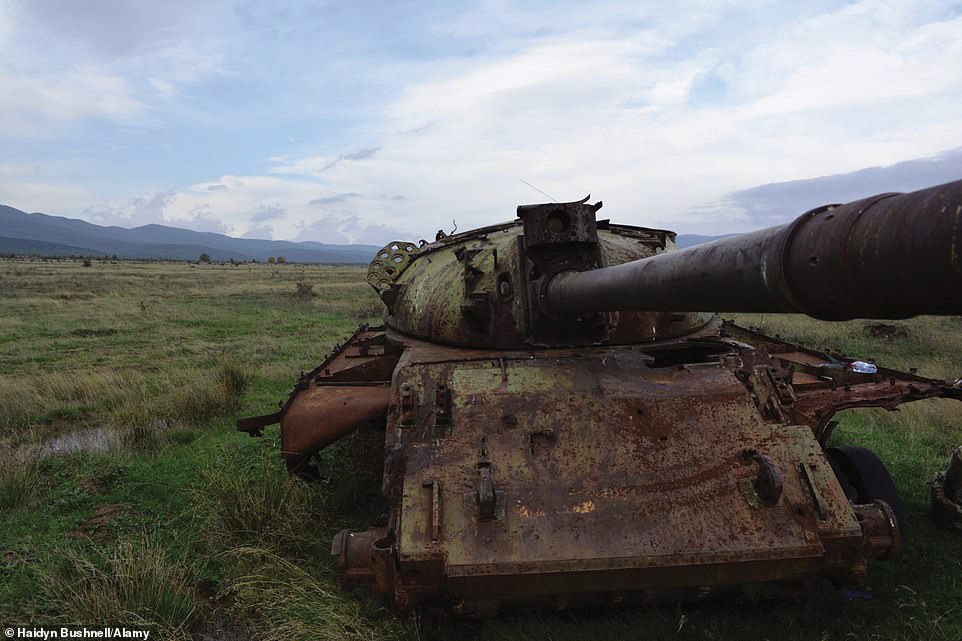 Bulgaria’s armed forces, like those of the other Warsaw Pact nations, operated Soviet-designed equipment, though usually a generation or two behind the types used by the Soviet forces themselves. Some weapons were licence-built in Warsaw Pact factories. Perhaps used for target practice, or as a result of mechanical failure, this T-62 tank has been long abandoned 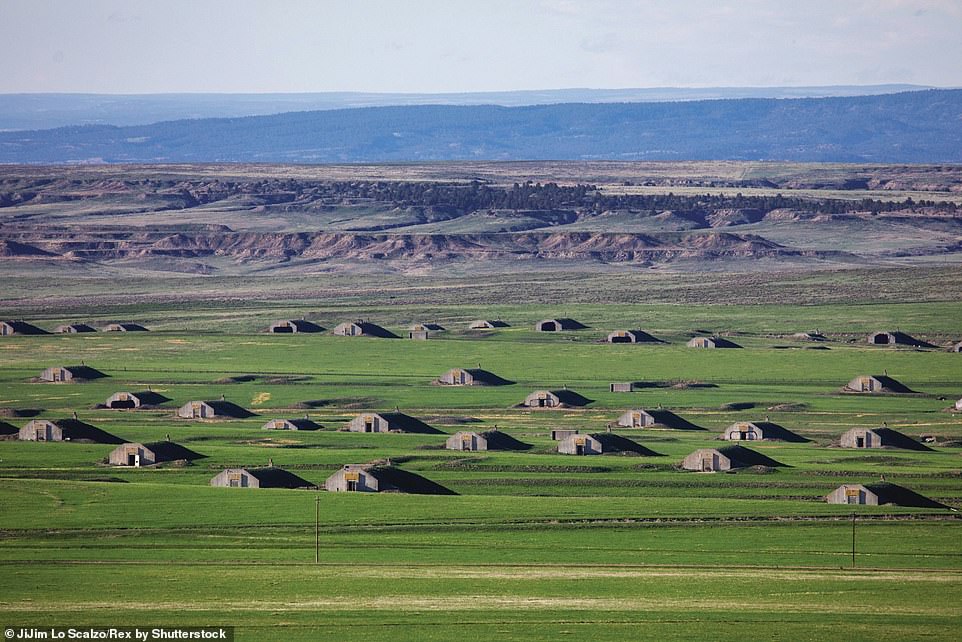 Opened in 1942, the depot was used for the storage and maintenance of various types of ordnance. Chemical weapons such as mustard gas and sarin were tested on-site. The depot was closed in 1967. In 2016, it was bought by a developer who has converted some of the 575 bunkers into shelters that allow up to 24 people to survive for one year 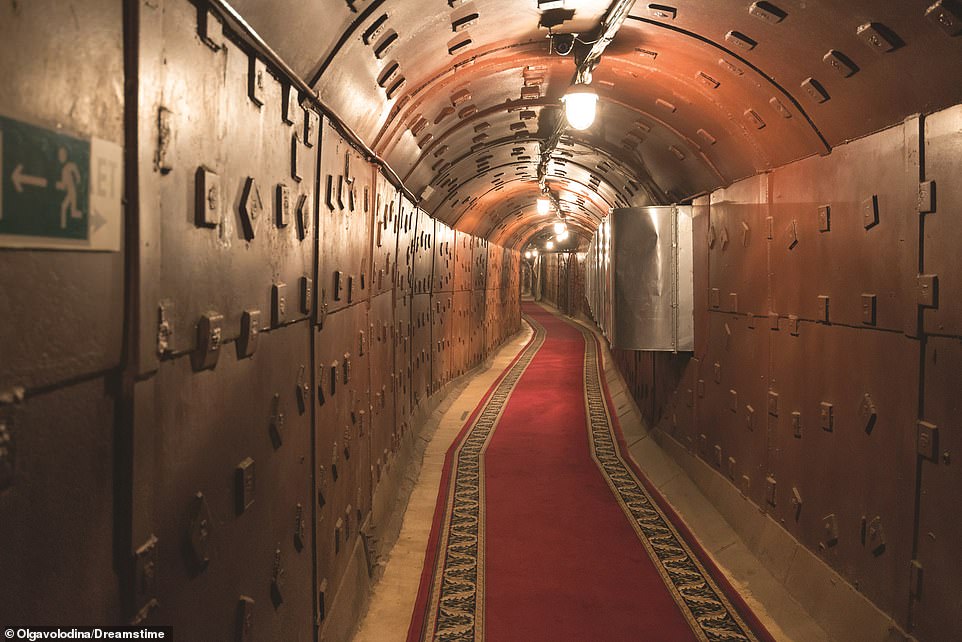 Long-Range Aviation was the arm of the Soviet Air Force responsible for long-range nuclear bomber strikes, equivalent to the USAF’s Strategic Air Command. As Soviet military command structures were likely to be targeted by a Nato nuclear strike, alternative locations like the one shown were constructed to ensure that military operations such as a Soviet counterstrike could continue unhindered 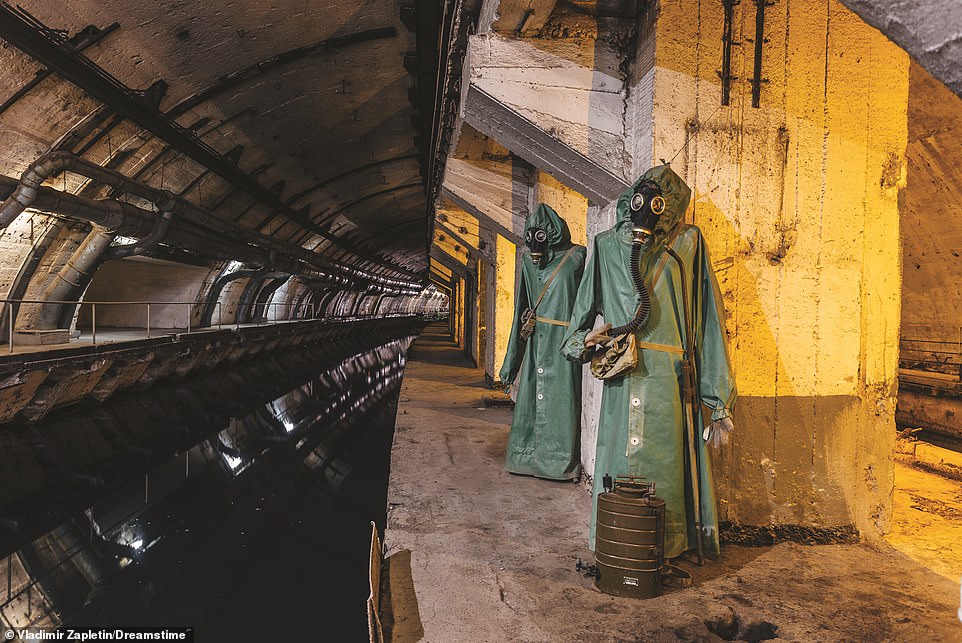 This former Soviet submarine repair base in the Crimea would have been a likely target for a Nato nuclear missile, or certainly been affected by any fallout from an attack on the major Soviet naval base at Sevastapol nearby. Workers at the base would have been required to wear full protective equipment against nuclear or chemical attack, such as the suits shown, which would have seriously inhibited their ability to work 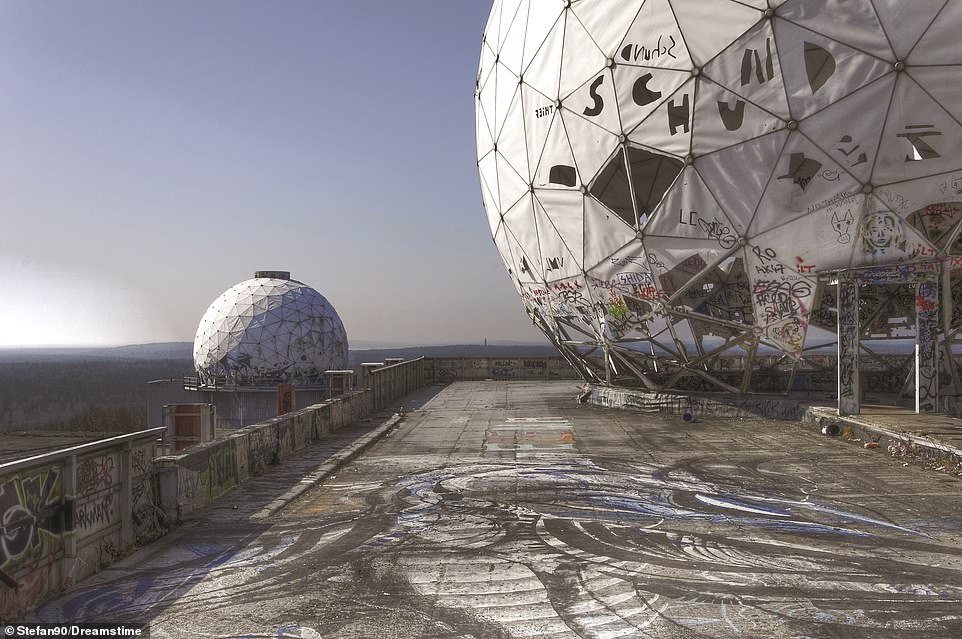 The Cold War was a bitter struggle between West and East for information on what the other side was planning. With such a small window of warning for any nuclear strike, both Nato and the Warsaw Pact spent much time and effort on advanced technology that might give them an advantage should war break out 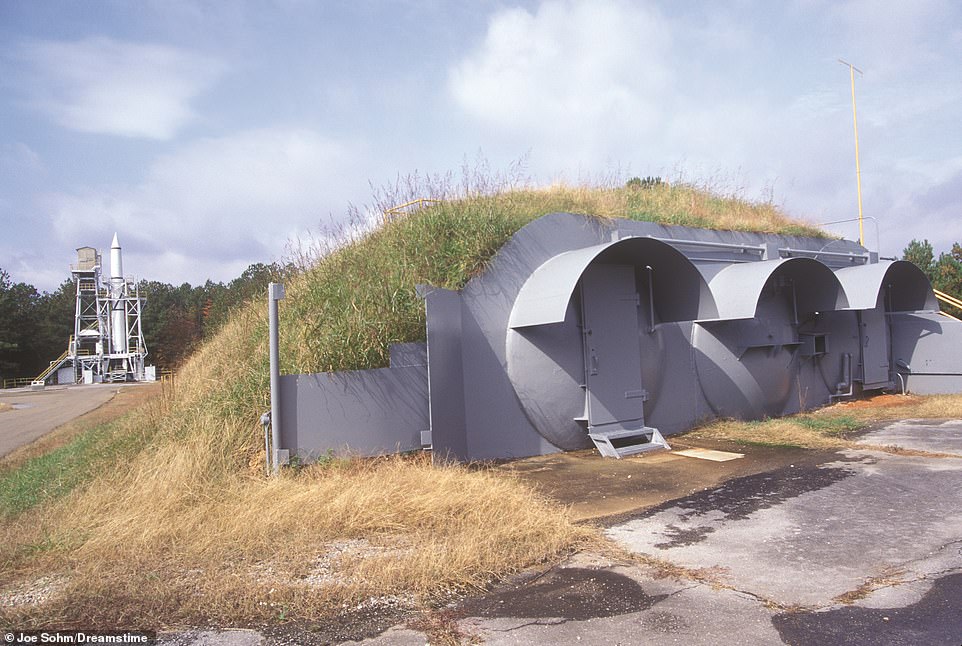 In 1950 the former V-2 rocket scientists and engineers led by Wernher von Braun were established at what later became the Marshall Space Flight Center. They developed the Redstone, a short-range ballistic missile that was the first US missile to carry and detonate a live nuclear warhead. In the foreground are the bunkers used to store the warheads before launch 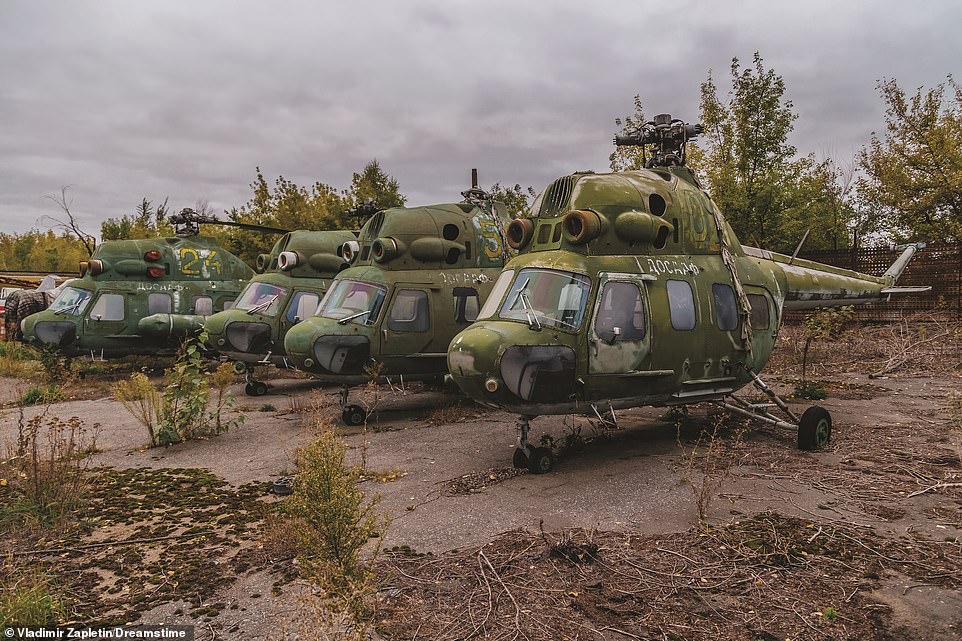 Over 5,000 Mi-2 helicopters were built in Poland after 1961. These belonged to a Soviet paramilitary sports society that helped prepare reserves for active service 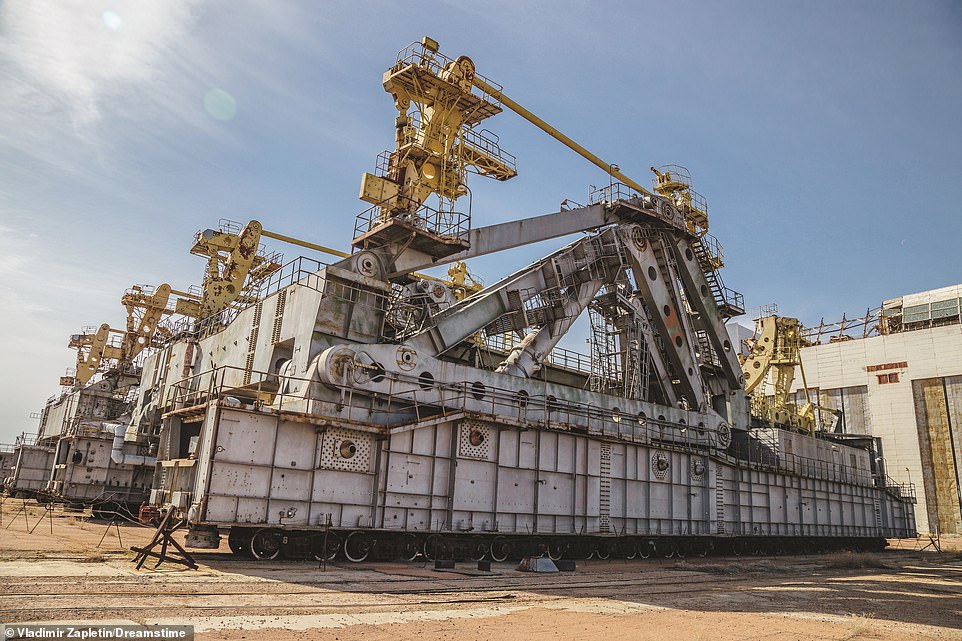 In response to the US Space Shuttle programme, the Soviet Union developed the Buran reusable spacecraft. This giant transporter carried the Buran and its Energia launch rocket to the launchpad. Only one unmanned orbital flight took place in 1988 before the programme was cancelled in 1993 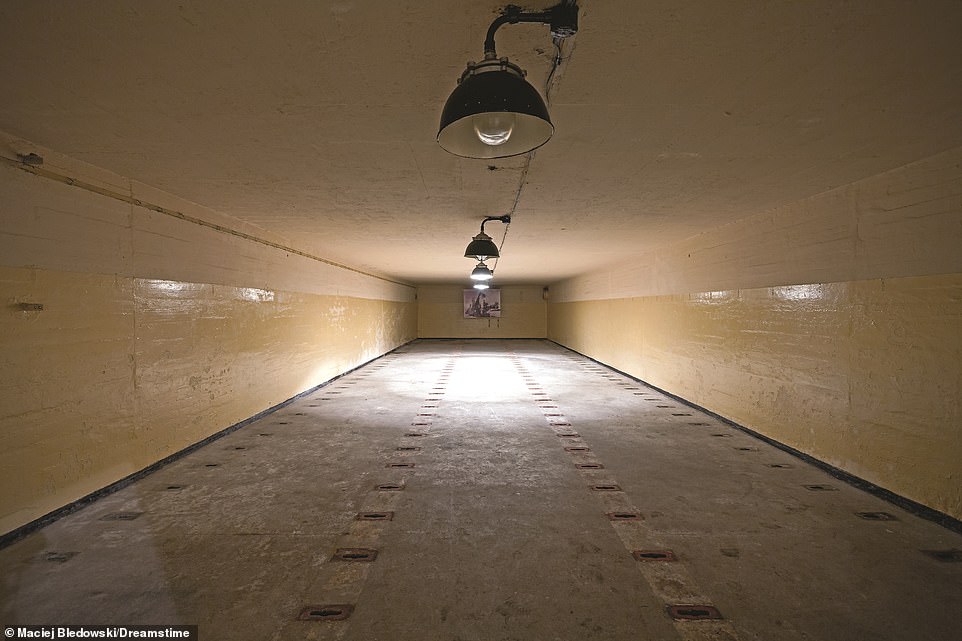 The slots in the floor of this bunker room show where the racking stood for storing the nuclear warheads. There were four such rooms in the Podborsko bunker, and another two similar sites in Poland. Exactly what was stored in the bunkers has not been discovered, as the records were removed before the end of the Cold War 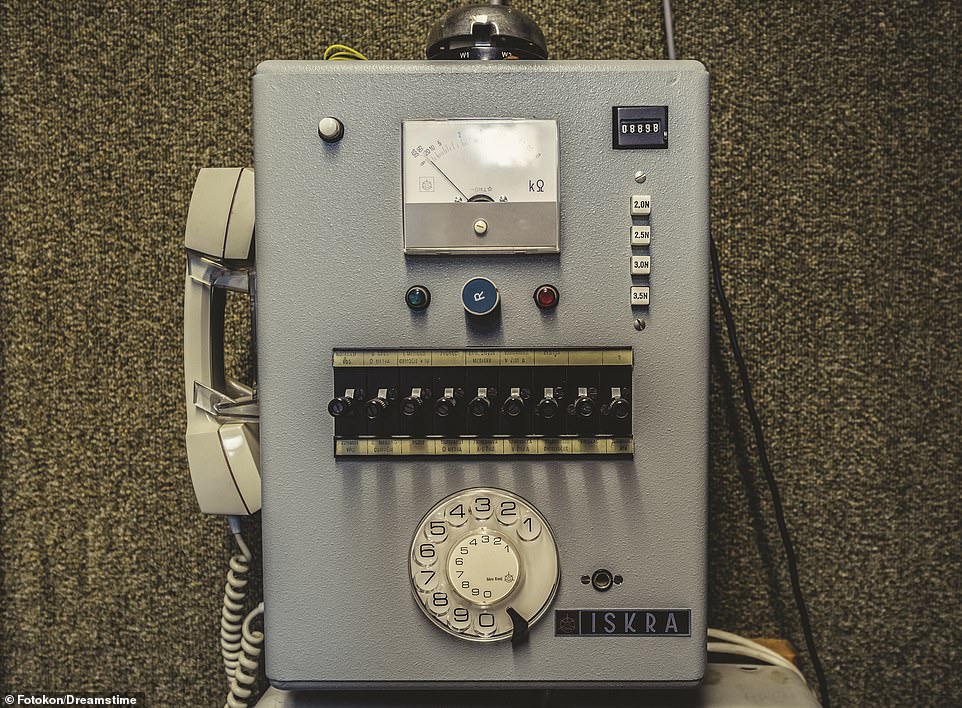 Tito ordered the secret construction of the ARK in what is now Bosnia in 1953. Dug out of a mountain, construction continued until 1979. The entrance was concealed behind what appeared to be an ordinary house. The occupants had supplies to last up to six months, with communications enabling contact with the outside world 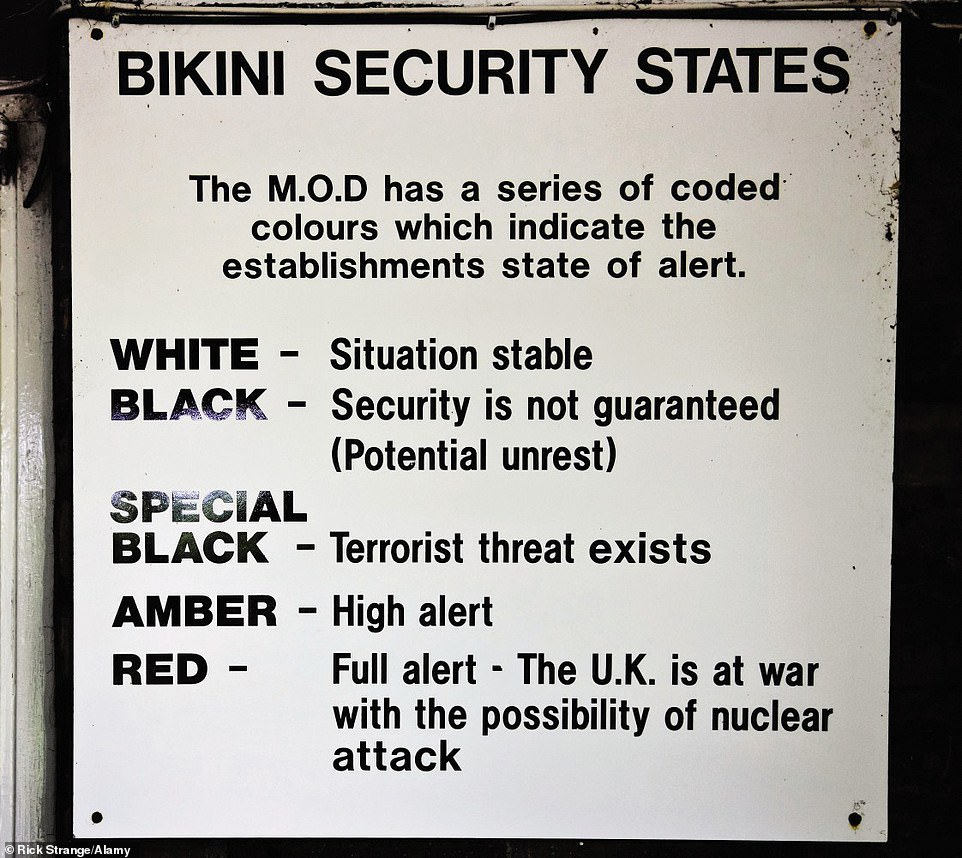 The Bikini State system was introduced in 1970 to give an easily-understandable level of alert, similar to the US Defcon system, except the Bikini States were for individual units or establishments rather than applied on a national level. The system has now been replaced 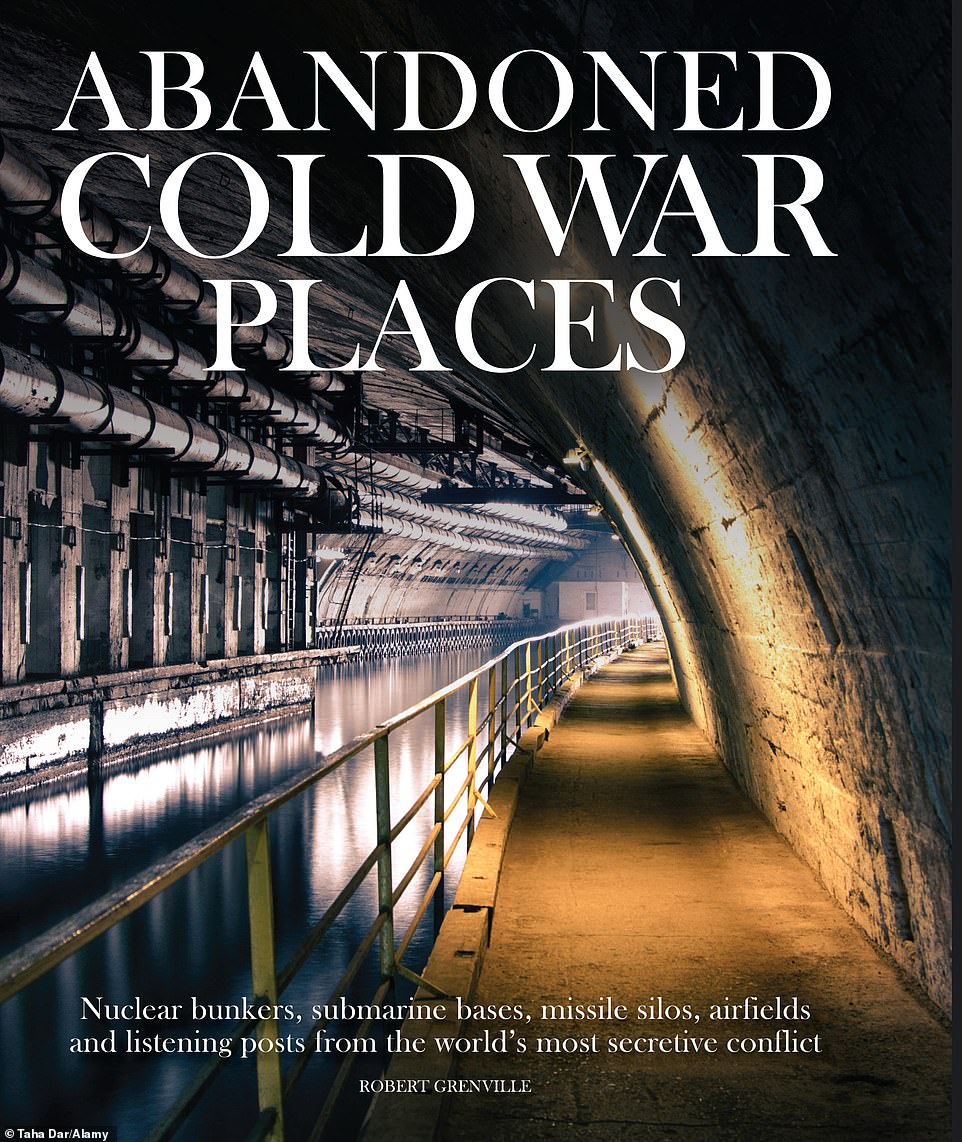 All images taken from the book Abandoned Cold War Places by Robert Grenville (ISBN 978-1-78274-917-2) published by Amber Books Ltd  and available from bookshops and online booksellers (RRP £19.99). Pictured is a former Soviet nuclear submarine base in Balaklava Bay, near Sevastopol, Russia