The Democrat made the shocking declaration last Wednesday night following a private meeting in which Pelosi warned party members to stop publicly criticizing one another on social media.

However, the House Democrats Twitter account, which represents the full caucus, criticised Ocasio-Cortez’s chief of staff Saikat Chakrabarti, after he tweeted criticism of Rep. Sharice Davids, a Kansas Democrat and Native American.

The tweet read: ‘Who is this guy and why is he explicitly singling out a Native American woman of color?

‘She is a phenomenal new member who flipped a red seat blue. Keep Her Name Out Of Your Mouth.’

Saikat Chakrabarti, who is Alexandria Ocasio-Cortez’s chief of staff, was slammed by the House Deomcrats Twitter account 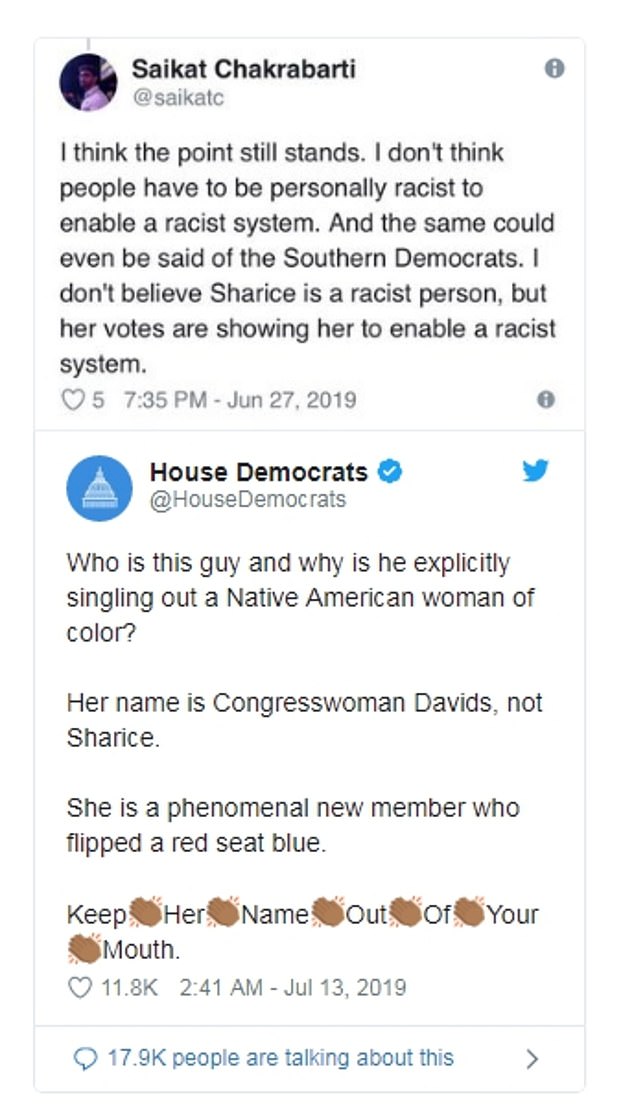 It was in response to Chakrabarti’s message, in which he claimed Davids was enabling a ‘racist system’.

Written two weeks ago, he criticized Davids for her vote on a bill that sent $4.6 billion in aid to the border with Mexico but without any restrictions on Trump administration policies.

Chakrabarti replied to the House Democrats’ tweet, saying on Twitter that he had encouraged Davids to run for office and considered her a friend.

However, he repeated his opposition to the border bill and said it gave Trump’s administration ‘a blank check’ to continue its policies.

The row is sure to cause more friction among Democrats, particularly between Pelosi and a group of liberal freshman Representatives who call themselves ‘the Squad’.

Discussing Pelosi, AOC said in her original comments: ‘When these comments first started, I kind of thought that she was keeping the progressive flank at more of an arm’s distance in order to protect more moderate members, which I understood. 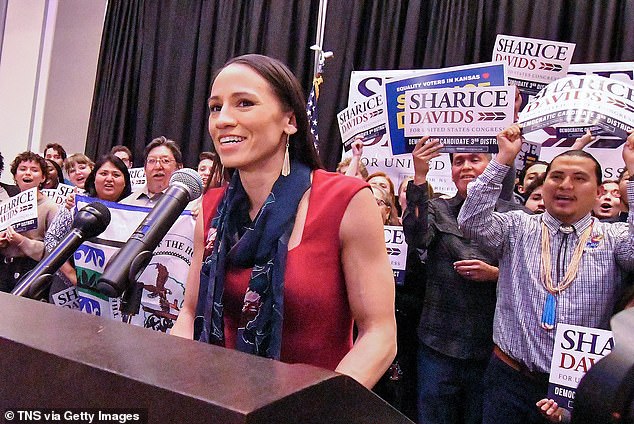 Chakrabarti claimed that Davids was enabling a ‘racist system’ after her vote on a bill that sent $4.6 billion in aid to the border with Mexico 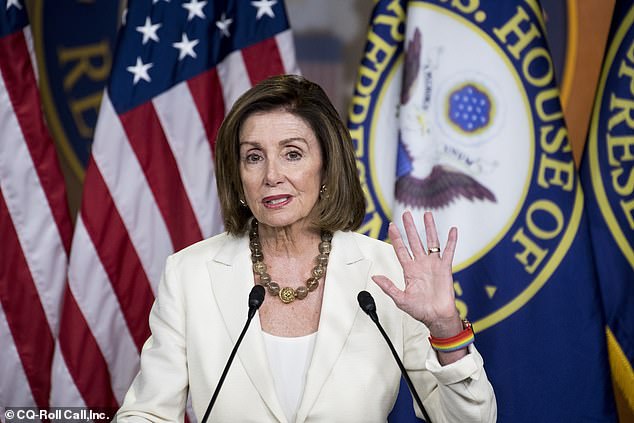 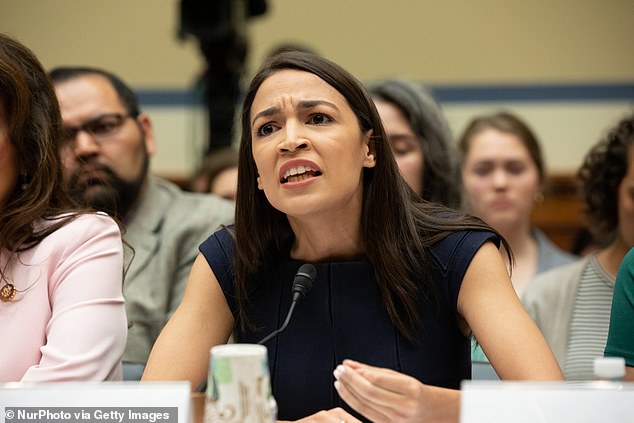 ‘But the persistent singling out … it got to a point where it was just outright disrespectful … the explicit singling out of newly elected women of color.’

The controversial viewpoint was shared just hours after AOC accused Congress of using woman and minority groups as ‘bargaining chips’, auctioning and selling them off for their own political gain in a decades-old tradition.

Speaking with The New York Radio Hour, AOC said she believes a significant amount of insincere pandering towards vulnerable groups occurs among lawmakers during legislative discussions.

‘When it comes to women of color in Congress, particularly the freshman, it’s that we both have encountered and represent communities that have been auctioned off and negotiated off for the last 20 years – and we’re over it.

‘We see in these negotiations all the time – it’s like fighting for black communities or policies that help women,’ she said. ‘They’re bargaining chips. And they’re the first chips that are reached for in any legislative negotiations.’

Donald Trump sided with Pelosi on Friday, saying: ‘I think Cortez is being very disrespectful to somebody that’s been there a long time,’ Trump said, referring to the 79-year-old Californian who took office two years before Ocasio-Cortez was born. 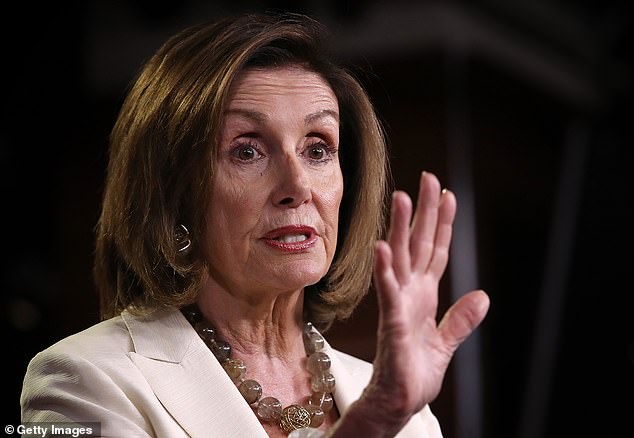 Pelosi is losing patience with AOC’s ‘squad’ of four first-term congresswomen who want to push the Democratic caucus dramatically to the left; Pelosi has been in Congress since two years before the freshman upstart was born 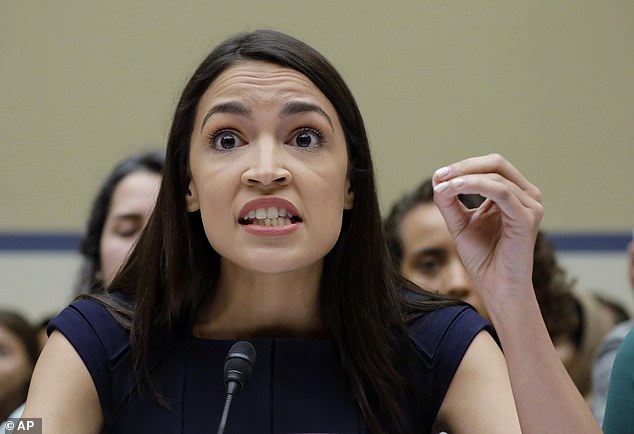 Ocasio-Cortez had blasted Pelosi for a dressing-down, calling it part of a ‘persistent singling out of newly elected women of color’

Pelosi pushed back Thursday in a closed-door meeting of Democrats, saying Ocasio-Cortez overreacted after she scolded one of the young congresswoman’s aides for a tweet that hinted some Democratic lawmakers are secret segregationists.

The speaker later defended her scolding of Ocasio-Cortez and her ‘squad’ of fellow first-term liberals.

‘They took offense because I addressed, at the request of my members, an offensive tweet that came out of one of the member’s offices that referenced our Blue Dogs and our New Dems essentially as segregationists,’ she said during her weekly press conference.

‘Our members took offense at that. I addressed that. How they’re interpreting and carrying it to another place is up to them.’ 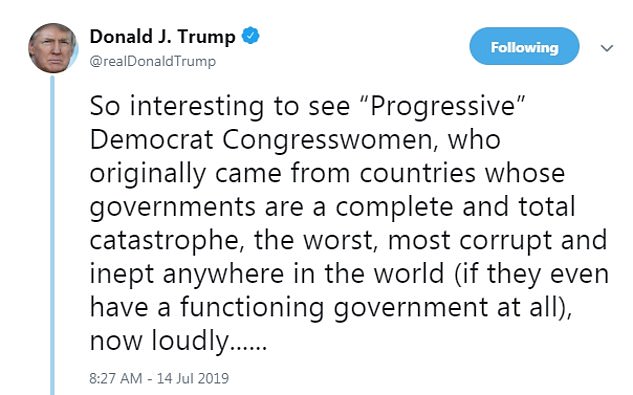 Earlier on Sunday, Trump told congresswomen to go fix the countries they are originally from before getting involved with American politics. It is believed he is referring to AOC, Pressley, Tlaib and Omar 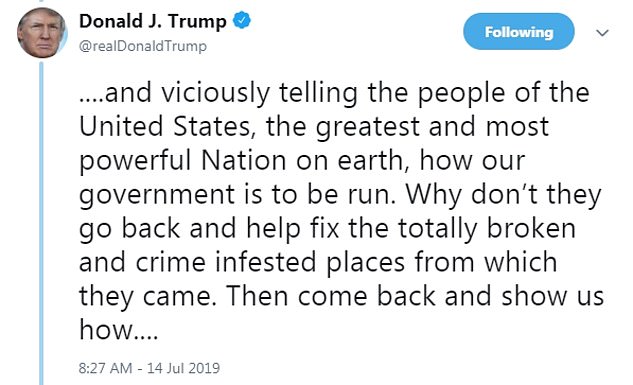 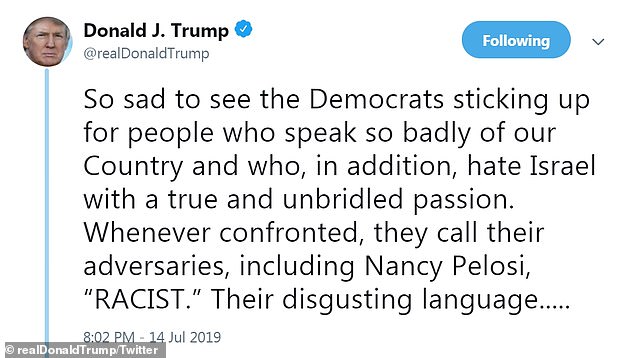 Later Sunday evening, Trump doubled down on his stance toward the progressive lawmakers 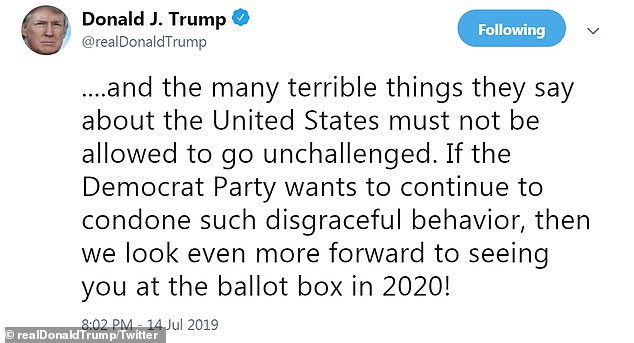 Discussing the so-called Squad, Pelosi had told The New York Times that ‘they’re four people, and that’s how many votes they got,’ a remark that brought the criticism that Pelosi was marginalizing women of color.

The row escalated further on Sunday after Donald Trump was accused of racism for suggesting the young liberal Democrats should ‘go back to their own countries.’

Trump told congresswomen to go fix the countries they are originally from before getting involved with American politics. It is believed he is referring to AOC, Pressley, Tlaib and Omar.

In his trio of tweets, Trump said these American politicians need to focus on helping their countries of origin before focusing on the US.