A man from Hawaii has caused outrage online after he posted a video of himself peeing on Mauna Kea – a mountain which is known to be sacred to Native Hawaiians.

The offensive video has been removed from Travis Upright’s Instagram profile after the clip went viral.

It depicted him urinating atop the summit before then holding up his middle finger to the camera and walking off-screen.

Upright wrote on Instagram that he had to go to the bathroom after an 11-hour hike. 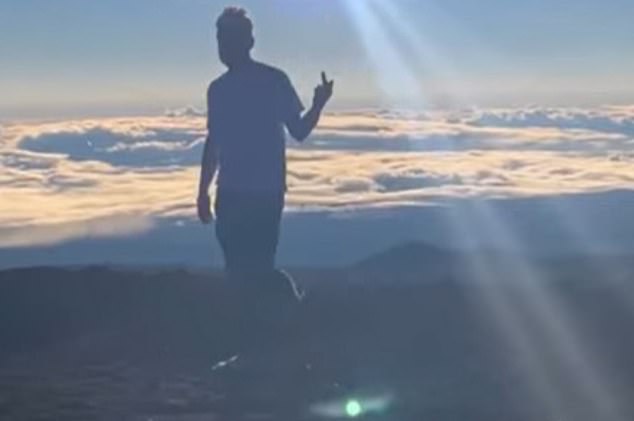 After relieving himself, Upright then held his middle finger up to the camera causing further offense

‘As many were doing. I (thought) it looked cool with the clouds underneath me and so I had a video taken,’ he wrote. ‘And the last minute flip off was just me being silly.’

His actions led to anger and abuse from fellow users. Upright has since posted three video apologies – each one more humble than the next, alongside a lengthy written note.

He said: ‘I’m so sorry to all of you. I was so arrogant and I just didn’t get it. I’m beginning to and I humbly ask for your forgiveness…’

‘I am so sorry that I hurt so many people. I want to understand what it means to hold life and the land so precious and sacred that I would protect it with my life.

‘But not for me. But so I can teach it to the next generation after me. So that the pain ends with me. No more. 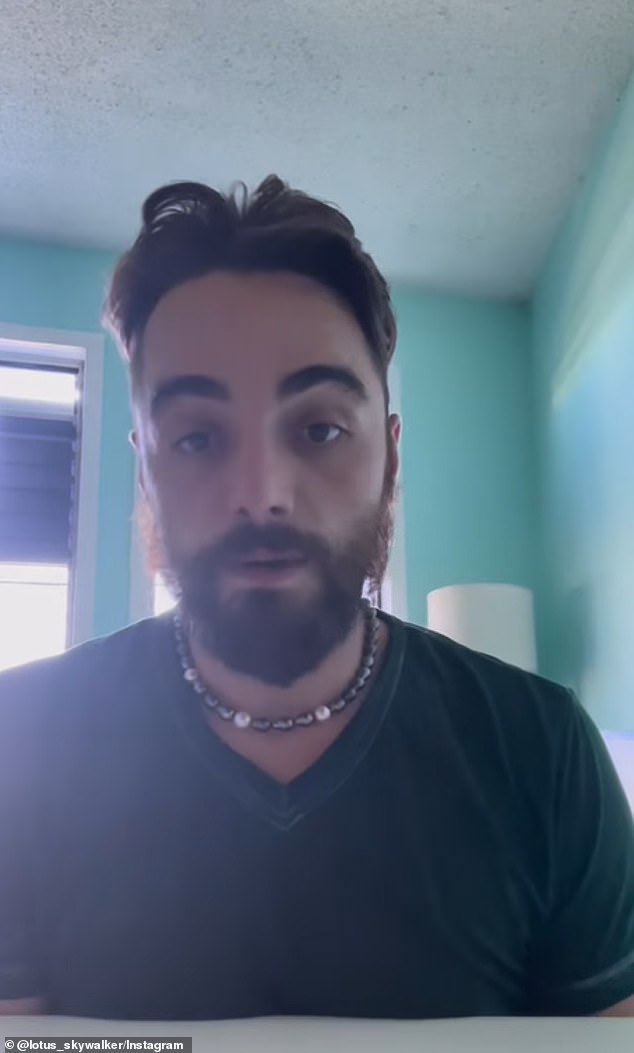 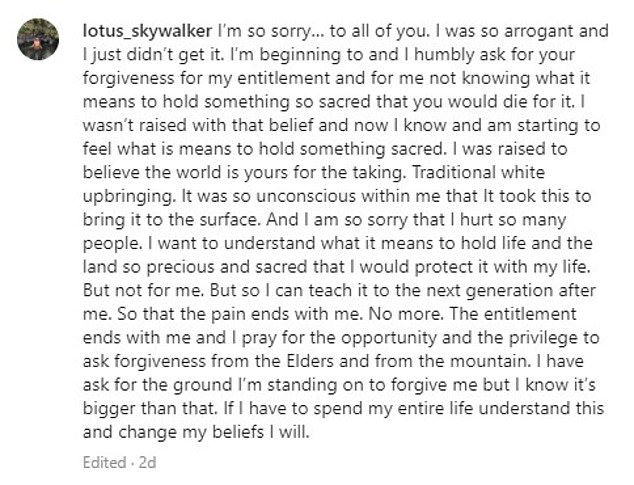 ‘I will do all I can to be more conscious everyday of the land and the people that have stewarded it,’ he wrote. ‘Not just here but everywhere.’

‘In all of this, you continue to inflate yourself,’ read one response online.

‘Just be quiet already. True humility isn’t loud like this,’ read another posting.

The State Department of Land and Natural Resources said the video ‘certainly could be viewed as culturally disrespectful’ but Upright will not face any penalties as there are there are no state laws against urinating on sacred mountains. 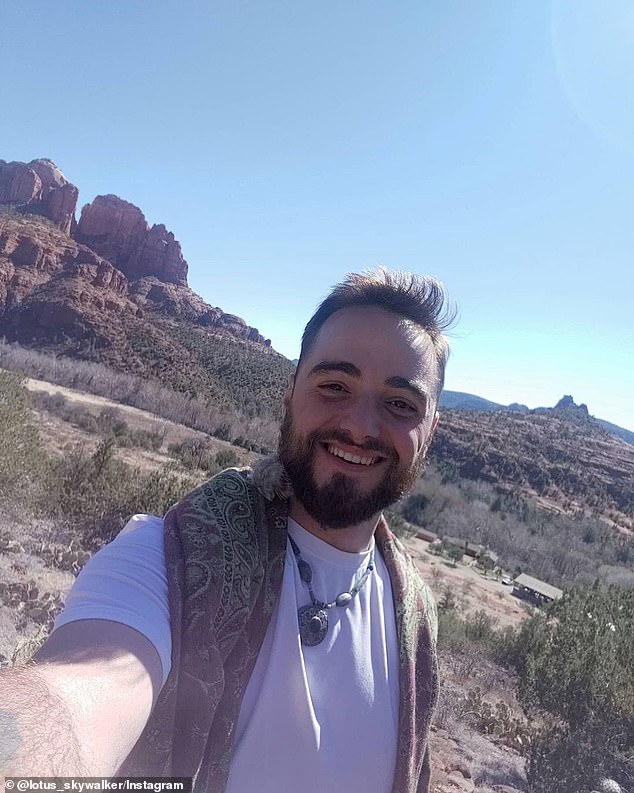 Nevertheless, many who viewed the original video of Upright relieving himself were upset by what they had witnessed.

‘This is very disrespectful to ‘aina, land and to the cultural practices of Native Hawaiians here, myself included,’ Hawaii Island resident and Native Hawaiian activist Alfonso Kekuku said to KITV.

Kekuku was however appreciated of Upright’s apologies.

‘I’m very grateful that he’s able to acknowledge his ignorance and that he was able to come forward to speak about how he messed up,’ Kekuku added.

‘Many people that move here, tourists, current residents, should really educate themselves about cultural sensitivities,’ he suggested. 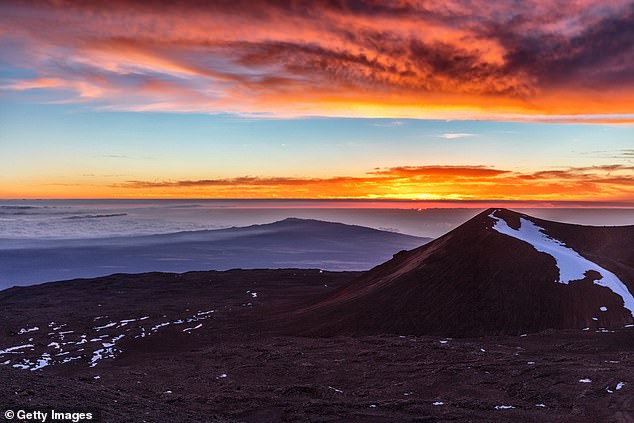 Mauna Kea is the tallest mountain in the Hawaiian Chain at 13,795 feet. The volcano is a ‘deeply sacred place, regarded as a shrine for worship, as a home to the gods, and as the piko of Hawaiʻi Island,’ the Office of Hawaiian Affairs explains on its website

In the past, the Hawaii Tourism Authority (HTA) has attempted to educate visitors on how to respect Hawaii during their stay, although Upright has lived on the island since birth.

‘We will continue to do our part to help encourage better behavior throughout our islands, in our communities, and especially at Wahi pana or sacred places,’ the HTA said in a statement.

Mauna Kea is the tallest mountain in the Hawaiian Chain at 13,795 feet.

The volcano is a ‘deeply sacred place, regarded as a shrine for worship, as a home to the gods, and as the piko of Hawaiʻi Island,’ the Office of Hawaiian Affairs explains on its website.

‘Piko’, in turn, is a Hawiian word meaning ‘the navel where life begins’, the National Park Service said.