A 91-year-old Native Hawaiian multimillionaire heiress and princess has married her lesbian partner of more than two decades, who is currently locked in a legal dispute over her new wife’s massive fortune.

Retired Hawaii Supreme Court Justice Steven Levinson says he presided over the wedding of Abigail Kawananakoa and Veronica Gail Worth, 63, during a ceremony Sunday at his Honolulu home.

‘Both Princess Kawananakoa and Veronica could not be happier to have sanctified their longtime loving relationship and wish to express their deepest appreciation to all close friends and loved ones for their congratulations and best wishes for a long healthy and happy marriage together,’ the couple’s wedding announcement read as first reported by Hawaii News Now.

The nuptials come amid a legal tug-of-war over control of Kawananakoa’s trust worth $215million.

Kawananakoa, whose full name is Abigail Kinoiki Kekaulike Kawānanakoa, is considered a princess because she is a descendant of Prince David Kawananakoa, who was an heir to the throne of the Hawaiian Kingdom.

The last monarch of Hawaii, Queen Lili’uokalani, whose reign was cut short in 1898 when the United States annexed the islands, was Kawananakoa’s great-aunt.

The nonagenarian is also the great-granddaughter of James Campbell, an Irish multimillionaire sugar plantation owner and one of Hawaii’s largest landowners who died in 1900, leaving behind a $3million estate.

According to a recent Forbes Magazine article, in 2007, when the Campbell estate was converted into a corporation, the family fortune skyrocketed to $2billion. 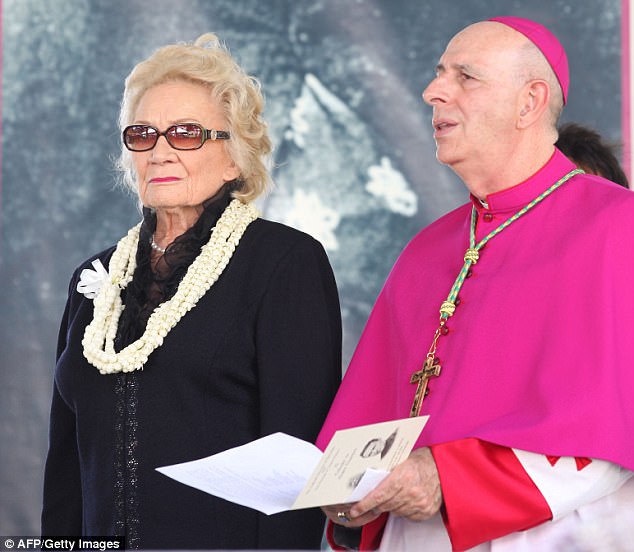 Kawananakoa, pictured alongside Bishop Larry Silva during an event in Honolulu in 2009, suffered a stroke in June and a state probate judge turned over control of her $215million trust to her longtime lawyer

Kawananakoa suffered an acute stroke in June, which on July 24 turned into her lawyer, James Wright, being granted control of her estate by a state probate judge.

Wright’s lawyer, Frank Kanemitsu, wrote in court documents that since the stroke she is ‘unable to meet essential requirements of physical health, safety, self-care or financial matters,’ even with assistance.

‘Ms Kawananakoa and her legacy need the protection of the court,’ Wright said. ‘I have represented her for nearly 20 years, and spoke to her three hours before the stroke. She is not the same person.’ 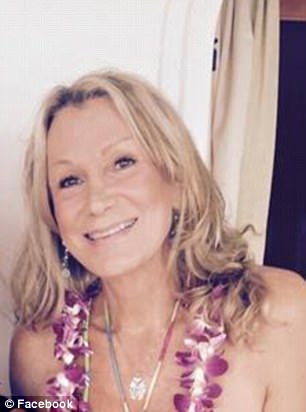 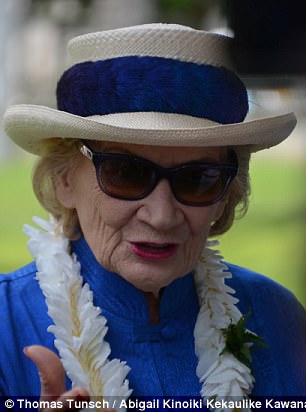 Right-hand woman: Veronica Worth (left) possesses Kawananakoa’s (right) health care power of attorney and receives $700,000 a year from her trust

But Kawananakoa’s partner and secretary, Worth, disputes this claim. The heiress is still capable of making financial decisions, Worth said.

Her attorney, Michael Rudy, said a renowned panel of three psychological experts will be hired to examine Kawananakoa, and already the first has found her mentally competent. Another evaluation is being processed, he said, while a third is still being arranged.

Worth possesses Kawananakoa’s health care power of attorney and receives $700,000 a year from her trust. The newlyweds have been together for 21 years.

Rudy said his client’s only aim is to put Kawananakoa back in charge of her finances. But Wright said he fears there’s a greater money grab in play that could seriously affect Kawananakoa’s plan to set up a charity on behalf of the Native Hawaiian people.