A 57-year-old man has become to first person to be injured since Hawaii’s Kilauea started spewing molten lava nearly three weeks ago.

Darryl Clinton was helping put out fires on his friend’s property in Pahoa, where he lives, when he was struck by a flying lava bomb Saturday morning.

At the time, California-born Clinton and his ex-wife Lisa Roach were taking turns watching for flying lava and putting out fires with a fire extinguisher when they dropped to the ground. 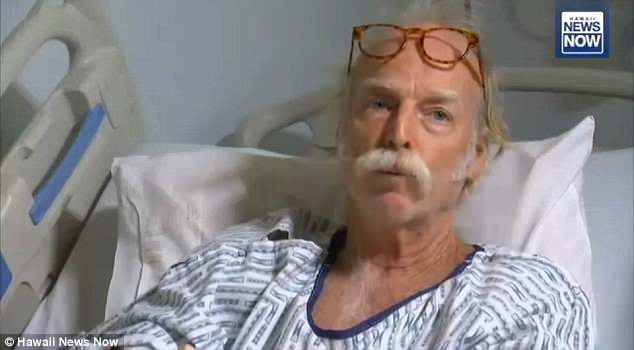 Clinton was taking a break, watching the natural display from a third-floor porch and talking on the phone to a friend, when an explosion a couple hundred yards away launched a ‘lava bomb’ his way. It hit him above the ankle and nearly cut his leg in half.

‘”That didn’t just happen” was my first thought,’ he told CNN from his hospital bed on Tuesday. ‘I knew it was real because of the pain.’

‘It threw me against the wall like the worst impact I’ve ever had in my life, just so much force,” he added to Hawaii News Now. ‘I landed on a sofa chair that was on fire from the lava exploding … and then my foot fell off my leg so it was like a hinge.’ 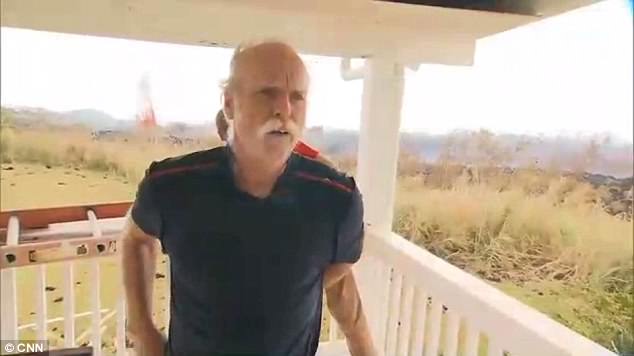 Just a day before, Clinton spoke to CNN about putting fires out at his friend’s property in Pahoa 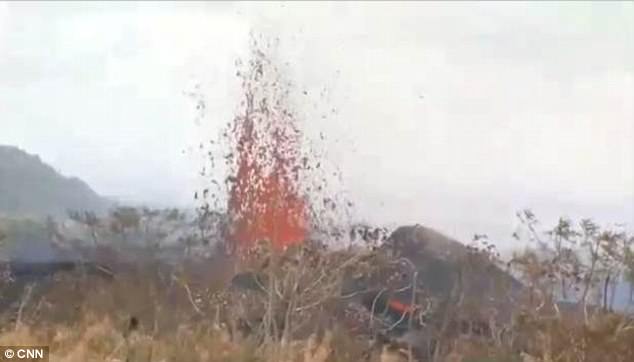 In the background, lava was seen spurting out of the ground, sending molten rock flying into the air 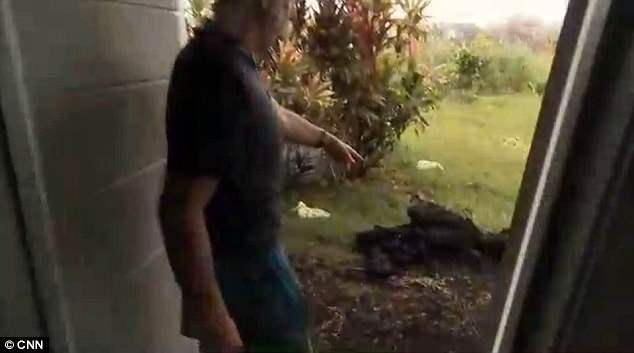 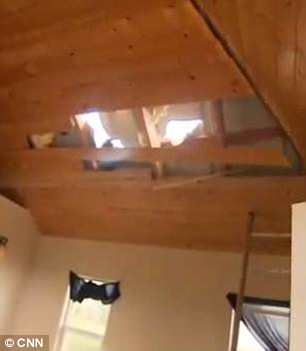 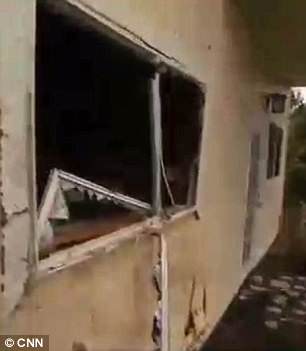 Clinton told KHON that it was the ‘most forceful impact’ he had ever experienced.

At first, he thought he was going to bleed out, but he believes the high heat of the lava actually cauterized his wound and stopped him from bleeding more.

Clinton’s ex wrapped his wound in a sheet and helped him down to her truck, which they used to drive into Pahoa. Once in Pahoa, they met up with firefighters who took Clinton the rest of the way to a hospital in Hilo.

At the hospital, Clinton underwent two surgeries to address his shattered bones, missing tissue and rock embedded in his skin. 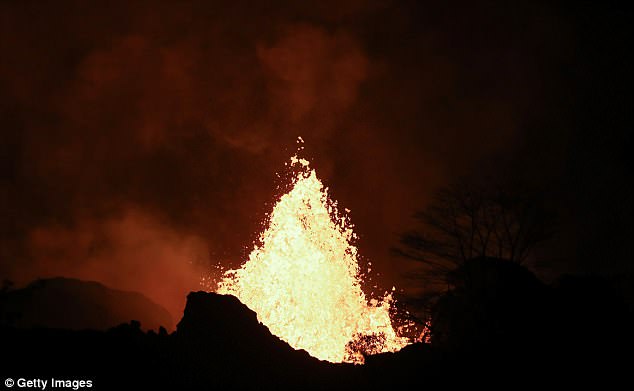 Lava erupts from the Kilauea volcano fissure on Hawaii’s Big Island on May 22, 2018 in Kapoho, Hawaii 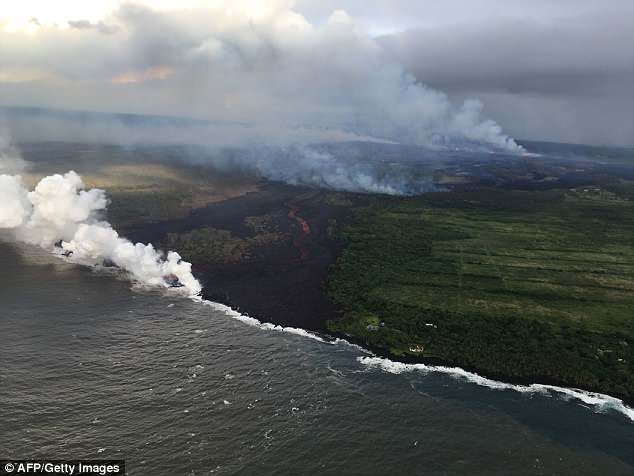 This image released by the US Geological Survey on May 23, 2018 shows the fissure complex, pictured in the upper right, continuing to feed a meandering lava flow (in the center), with lava in the easternmost lobe entering the ocean (white plume) from Kilauea Volcano, Hawaii 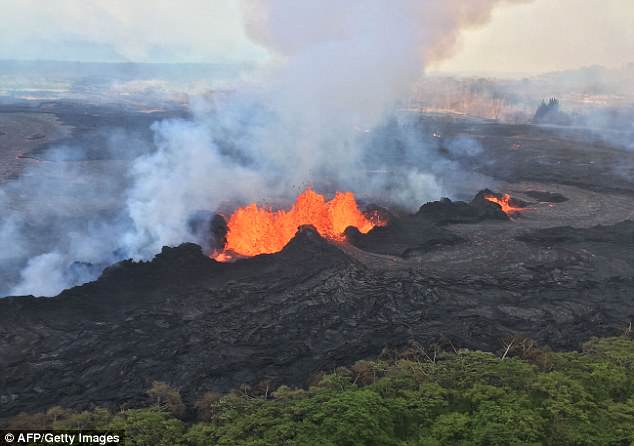 This image released by the US Geological Survey on May 23, 2018 shows the fissure complex on May 22, 2018 as it remains active in Kilauea Volcano’s lower East Rift Zone, at times, fountaining at Fissure 22 reached a height of about 160 feet

Doctors say he should be able to walk again, but can’t put pressure on his injured leg for the next six weeks.

‘The doctors did an amazing job. I can’t believe they could put it back together. I just wanted to live. I didn’t care if they cut my leg off down there or not,’ he said.

Clinton says he doesn’t regret not evacuating. He says that the risk of getting hurt was low enough the whole time to stay and put out fires that would have consumed the homes.

‘For the most part, we’ve enjoyed the whole time – front row seats to every aspect of a lava flow you can imagine,’ he said. ‘It’s just been amazing when you see it close like that – and then to be able to save a couple structures, at least help.’

However, he does wish he had been paying more attention in the moments before he was hit.