He dyed like a dog! Stray pooch manages to turn his fur green by rolling around in coloured powder

He dyed like a dog! Stray pooch manages to turn his fur green by rolling around in coloured powder

A stray dog was spotted this month with his fur dyed bright green after he rolled around in coloured powder at a rubbish tip in Malaysia.

The animal was seen by concerned locals in the Subang Bestari area of Petaling district, scavenging for food in a paper bag.

After the dog’s image went viral a group of dog-rescuers came to its aid and gave it a freshly-cleaned coat. 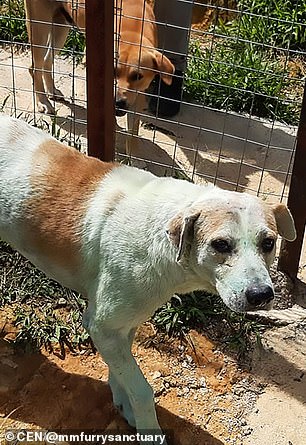 The Mun Mun Furry Sanctuary where the dog was taken for a good clean, said the canine’s bright green coat was believed to be caused by rolling around in powder at a local dump.

They said that the green powder that had caused the coloration had quickly washed off with shampoo, and added that the dog had not suffered any ill effects.

Workers from the sanctuary had tracked the dog down to a location near the rubbish tip where they said it was being fed by local construction workers.

They said the workers told them the dog had been rolling in the the green powder around the dump. 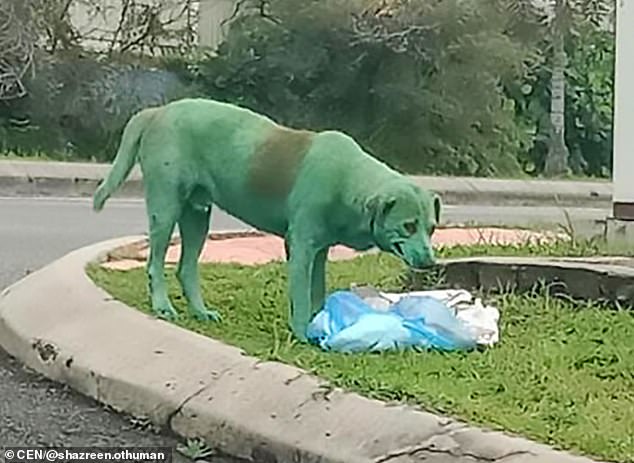 The dog, with its bright green coat, was first seen foraging on the side of the road in the Petaling district 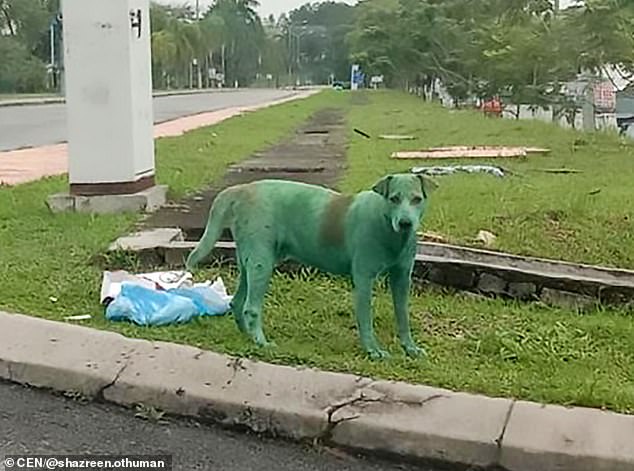 However, Shazreen Othuman, believed to be the man who first drew global attention to the green dog, firmly believed the dog was dyed green on purpose.

‘Whoever did this must be a mental A*SE! Idiotic mentality some humans have!’

In a subsequent post, Mr Othuman, expressed his gratitude the dog had been rescued and cleaned, but continued to express his doubt the dog had just rolled in the powder itself.

‘How can a dog roll over a paint or coloured water and got his whole body coloured evenly?’

While it may not be clear exactly what happened to turn the dog’s coat green, one thing the animal experts are clear on is that paints and dyes can be dangerous for animals, possibly causing respiratory problems, nausea, dizziness and skin reactions.

Such a cute innocent fellow but why the green??! I dont think he has an owner though. Whoever did this must be a mental ARSE!! Idiotic mentality some humans have!! Spotted near Subang Bestari area 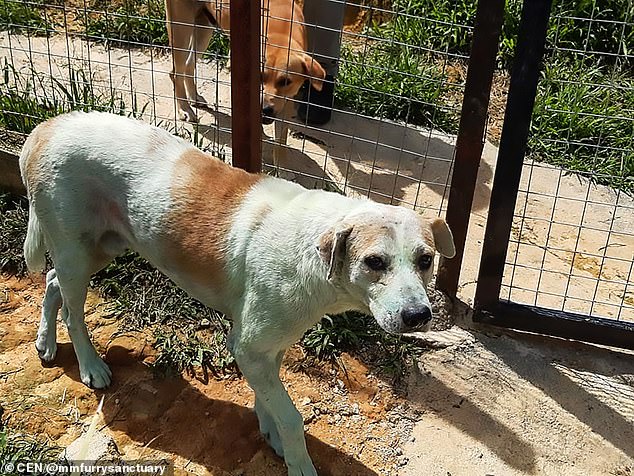