While for most of us the summer holidays ended weeks ago, however, Her Majesty the Queen is still out of office.

The monarch is currently enjoying the last of her break at Balmoral in Scotland and is expected to return to Buckingham Palace in October as she has done so in previous years.

And as her vacation draws to a close the Queen enjoyed a hunting trip with friends on Saturday – and visited an old friend on the way.

The 92-year-old royal could be seen feeding  her horses on the way back from having lunch at Glen Clova with the Royal Shooting Party.

The shooting party was today made up of just five people, including the Queen, who accompanied the royal to the stables.

With the cold weather setting in Her Majesty was sure to wrap up warm dressed in a grey anorak and wearing a silk head scarf to keep out the wind chill.

She could also be seen wearing a pair of sunglasses as she made gave the chestnut horse a handful of treats.

Following the visit to to the stables the Queen gave her chauffeur the day off, jumping behind the wheel of her Range Rover to continue the hunt. 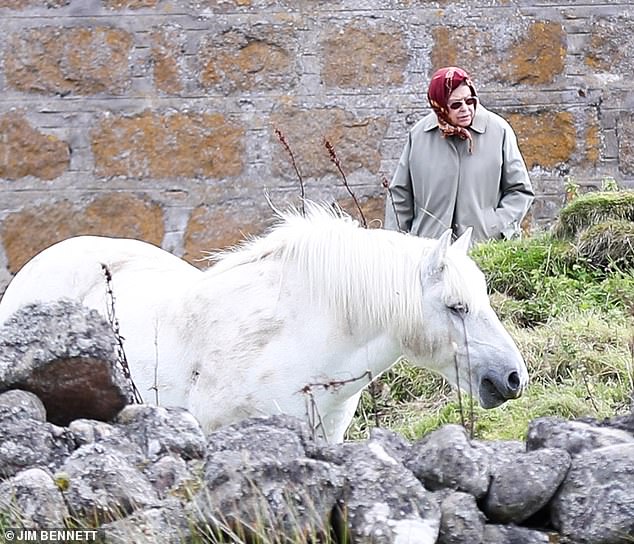 This is expected to be the Queen’s last week at Balmoral, having arrived in August and expected to leave in early October. Pictured: The Queen admiring another of her horses 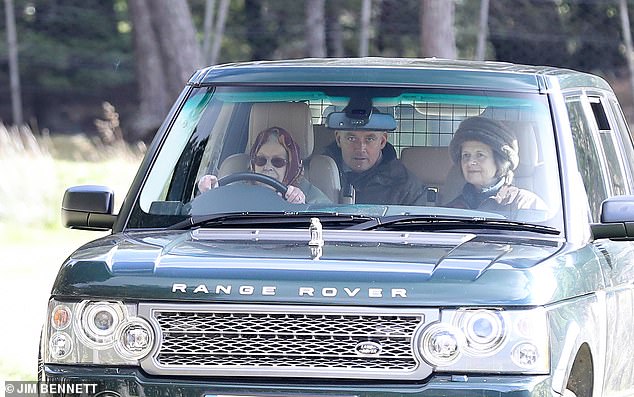 Joined by her shooting party, the Queen headed out on a hunt in the grounds of Balmoral, where she gave the chauffeur the day off, driving her Range Rover herself 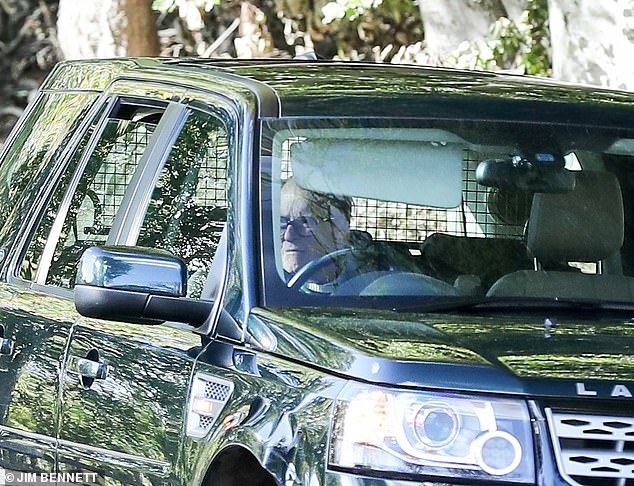 Elsewhere Prince Philip was also heading out on a drive, though didn’t appear to be part of the hunting party 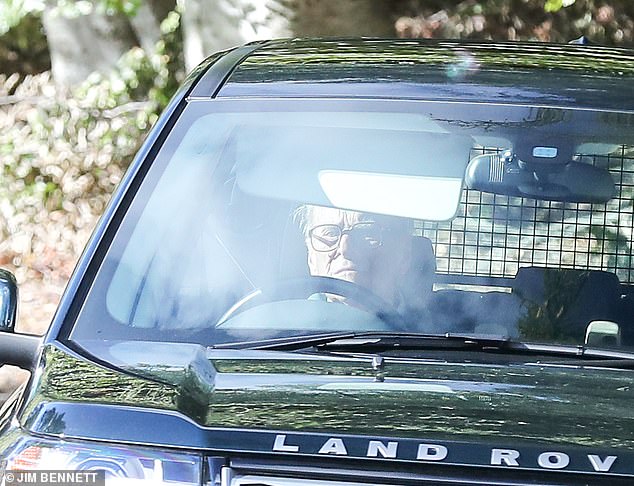 Prince Philip, who had a hip replaced in June, is reported to have been enjoying hunting and fishing during the annual summer stay at Balmoral

Elsewhere on the estate her husband Prince Philip was spotted heading out for a drive in his Land Rover, though didn’t appear to be part of the shooting trip.

Prince Philip, who had a hip replaced in June, is reported to have been enjoying hunting and fishing during the annual summer stay at Balmoral, which he wasn’t initially expected to attend following surgery in June.

Alongside deer stalking, the Queen’s husband is reported to have been catching fish in the pretty River Dee, which runs through the estate.

Her Majesty was last seen at Crathie Kirk chapel in Balmoral several weeks ago while attending Sunday Service.

The royals have been enjoying quality time together in the Queen’s favourite holiday residence, with picnics and barbecues in the grounds.

Last year the Queen departed for Balmoral in mid July and did not end her annual Highland summer holiday until the first week in October. 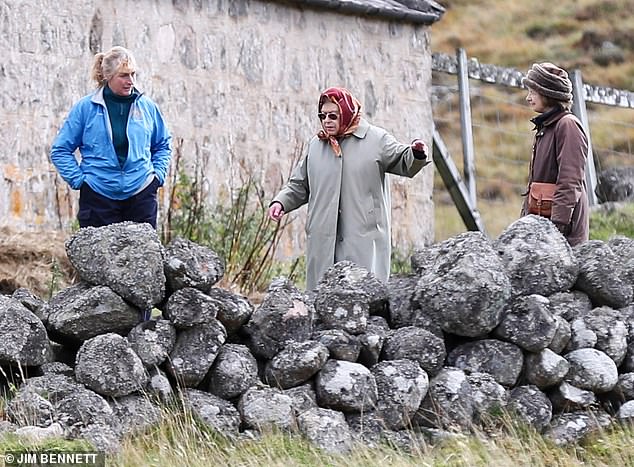 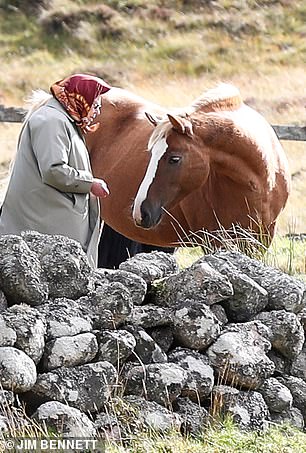 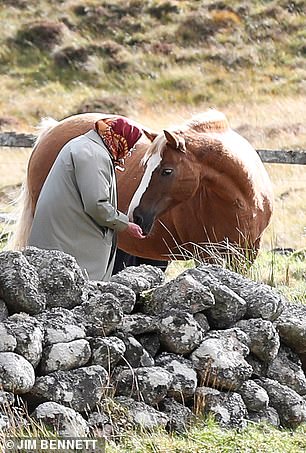 The Queen, well known for her love of horses, keeps several on the land of her Scottish residence in Balmoral

Her Majesty’s last official public engagements were on July 13 and 14, when she welcomed overseas visitors – most notably President Donald Trump – to Windsor Castle.

The Queen famously enjoys a more low-key existence while staying at the Scottish retreat – with her former royal protection officer Richard Griffin recently revealing that she had a conversation with unsuspecting American tourists visiting the estate while dressed in tweeds and a scarf. 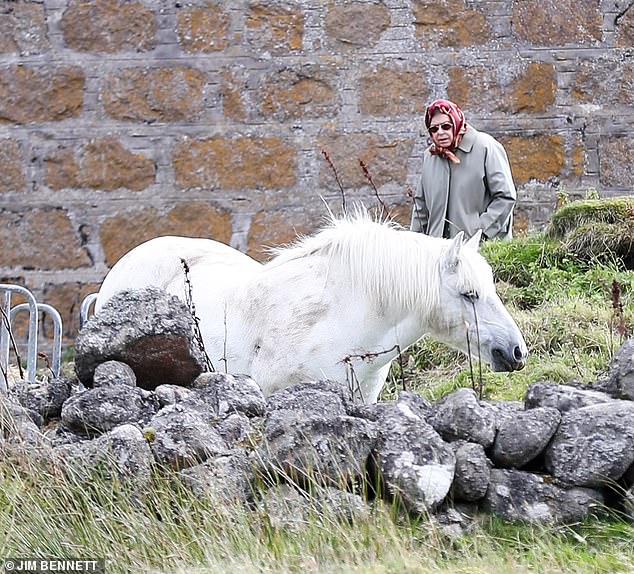