The English National Opera’s (ENO) chief executive has quit her role, just three years after she was brought in to help the organisation avoid financial ruin.

Ms Pollock, who was just 32-years-old when she took on the role, said she was ‘greatly saddened’ to be leaving. However she will not be leaving her role until the end of the ENO’s current season in June 2018.

The strategy development expert took the reins of the struggling company in September 2015 after Arts Council England slapped special measures the firm and demanded a new leader.

Ms Pollock has managed to turn around the fortunes of the company during her brief tenure, with the Arts Council claiming it has no real concerns about the finances of the business.

Speaking about her departure, the former MIT business graduate told the Telegraph: ‘I will be greatly saddened to leave this incredible institution, which it has been a privilege to lead.

‘I am very proud of our achievements to date and am grateful to the extraordinary people I work alongside. When I arrived, the ENO was in crisis and the company’s survival was in real doubt.

‘I am delighted that we have brought stability and secured ENO’s future.’

Ms Pollock admitted she had come under fire from colleagues during her time at the ENO and made controversial calls which were unpopular with staff, namely cutting the number of productions from 11 to eight and facing threats of strikes from the chorus.

Speaking in May, she said: ‘I was shouted at a lot. People are upset. They have every right to be upset.’

I was shouted at a lot. People are upset. They have every right to be upset

She had also denied there were tensions between herself and Kramer, who is understood to be remaining at the ENO, saying they had learnt to ‘support each other’.

Chairman of the ENO, Harry Brunjes said: ‘Cressida has turned around our fortunes to deliver financial security, while keeping us on a solid creative footing… We will be sorry to lose her energy and determination to achieve success when she steps down next June.’ 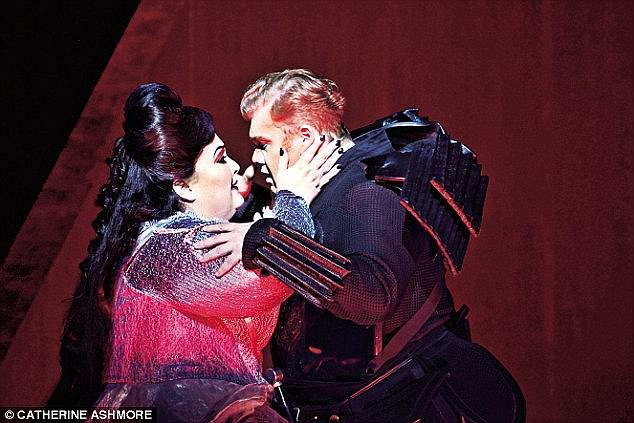