Book me in: Put on your Meryl stare and head to Lyme Regis – the setting of classic novel and Oscar-nominated movie The French Lieutenant’s Woman

There’s no greater pleasure than diving into the pages of a good book, but what happens after the story ends? In the latest of an occasional series, we explore the story behind a classic book and discover more about its author – plus find fabulous places to eat, drink and stay related to it. This week: The French Lieutenant’s Woman by John Fowles.

New York has the Statue of Liberty; Paris the Eiffel Tower… and Lyme Regis has Meryl Streep in a black cloak on a wind-whipped jetty staring wildly out to sea. It remains an iconic image after the 1981 five-time Oscar-nominated film The French Lieutenant’s Woman put this picturesque Dorset coastal town on the map.

But John Fowles had captured the literary world’s imagination long before the book was turned into a Hollywood movie.

Lyme Regis is the setting of the classic novel and Oscar-nominated movie The French Lieutenant’s Woman. The poster scene was filmed on the Cobb, pictured, with Meryl Streep’s character shot standing at the end, dressed in a black shawl 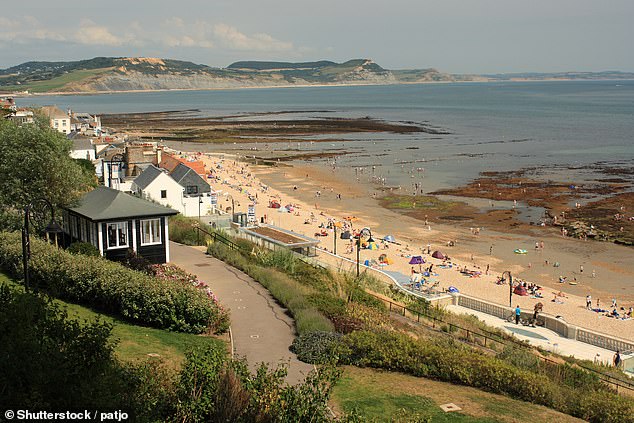 The French Lieutenant’s Woman is set in Victorian Lyme Regis

Born in suburban Essex in 1926, John Fowles was academically brilliant but also repelled by ‘the pursuit of respectability’: conflicting natures he would later explore in his novels which managed to be both daringly post-modern and brilliantly gripping.

It was while teaching in Greece that he found the inspiration to write. His first novel, psychological thriller The Collector (1963), was followed by Greece-inspired The Magus (1965), both wildly successful. 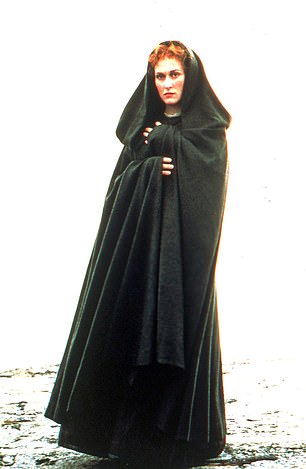 Heroine: Meryl Streep as Sarah in the feted movie

He gave up teaching and moved to Underhill, a farmhouse overlooking Lyme Regis. Walking one day on Lyme’s imposing Cobb, a 13th Century stone breakwater, Fowles was struck by the sight of a woman who ‘stood motionless, staring, staring out to sea’. The French Lieutenant’s Woman was born.

Set in Victorian Lyme Regis, the story follows unconventional Sarah Woodruff, shamed and abandoned by a French sea captain, but defiantly refusing to be cowed.

In 1968, Fowles moved to the grand Georgian mansion Belmont, and completed The French Lieutenant’s Woman in his writing room overlooking the Cobb in 1969.

It was lovingly restored in 2015, you can now stay here (landmarktrust.co.uk). Or book into the harbourside Rock Point Inn (rockpointinn.co.uk) – perfect for the beach and exploring Lyme Regis’s narrow streets.

The Cobb in Lyme Regis curves around the harbour, which is always peppered with small yachts and fishing boats

Order burgers and microbrews at beach-boho diner Swim (weswim.co.uk), or grab goodies to go at Town Mill Bakery (townmillbakery.co.uk) and fossick for fossils along the coast path.

Take time to visit fossil-packed Lyme Regis Museum, where Fowles was curator from 1987 to 1988. It plans to reopen on September 8 (lymeregismuseum.co.uk).

They’re all worth a visit, but Lyme’s real star is the Cobb: curved protectively, like a muscular arm, around the harbour of pretty fishing boats. Even on a sunny day, it draws you to stand staring, staring out to sea.