The mighty Mekong conjures up images of the busy thoroughfare from its delta in Vietnam to Cambodia – the route taken by most river cruises in South-East Asia. It shows off Old Saigon, the royal palace in Phnom Penn and the astounding ‘lost city’ of Angkor Wat.

But there is another way to cruise the Mekong: from the Golden Triangle in Northern Thailand, through the mountain gorges and jungle of land-locked Laos, and on to its capital, Vientiane.

Small, old colonial-style Sabaidee Pandaw is one of only a handful of boutique boats on the Upper Mekong, which makes every passenger feel like a true pioneer. Here are six reasons to choose a cruise aboard this boat on the Upper Mekong in Laos.

Small, old colonial-style Sabaidee Pandaw is one of only a handful of boutique boats on the Upper Mekong 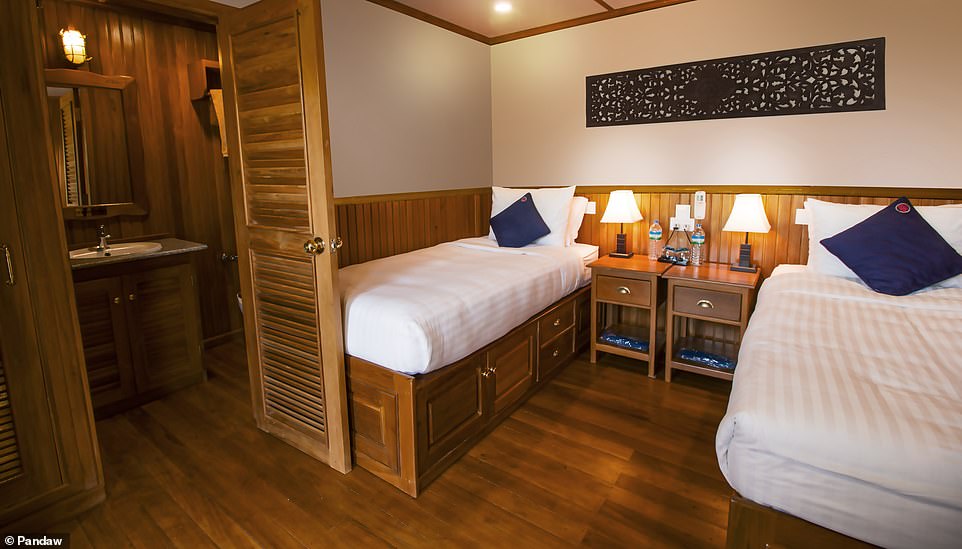 One of the bedrooms onboard the Sabaidee Pandaw, complete with an ensuite bathroom 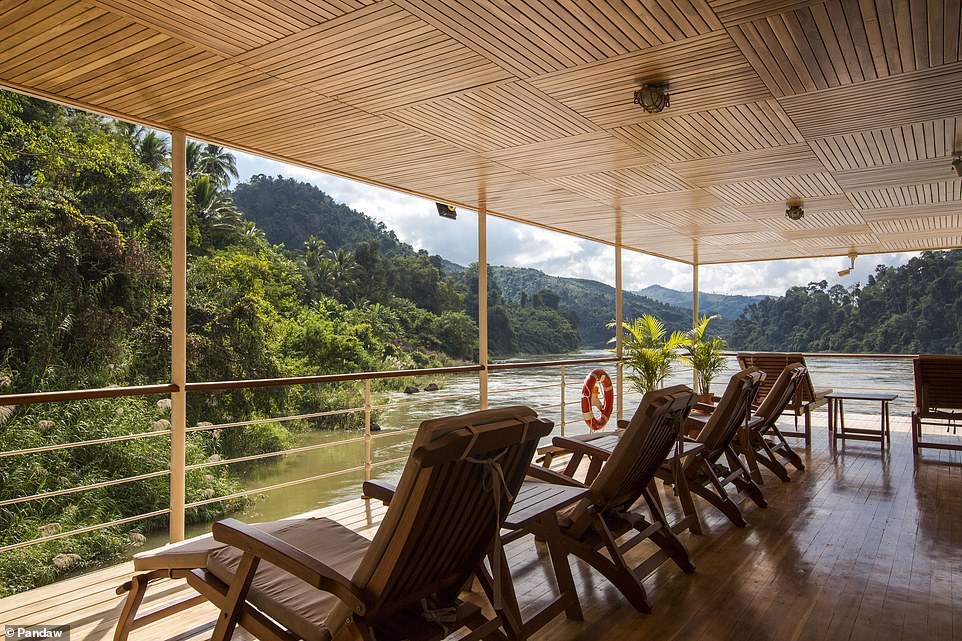 Water tempting trip: On the Sabaidee Pandaw, every passenger feels like a true pioneer

Your first glimpse of Laos is from a hilltop near the Thai city of Chiang Saen, where Sabaidee Pandaw is moored. The view is of the Golden Triangle, the mountainous region where Northern Thailand meets Laos and Burma. In the distance, orange roofs of new casinos rise from the forest on the Burmese side.

Don’t miss: The Hall of Opium, a startling interactive museum on the history, science, medical benefits and dreadful effects of the product of this innocent-looking poppy.

Taste this: Gaeng Massaman is a rich beef curry made with coconut milk, potatoes and peanuts.

Downtime: Welcome cocktails come with a traditional local dance show. Be ready to join in the finale, a joyful folk dance. 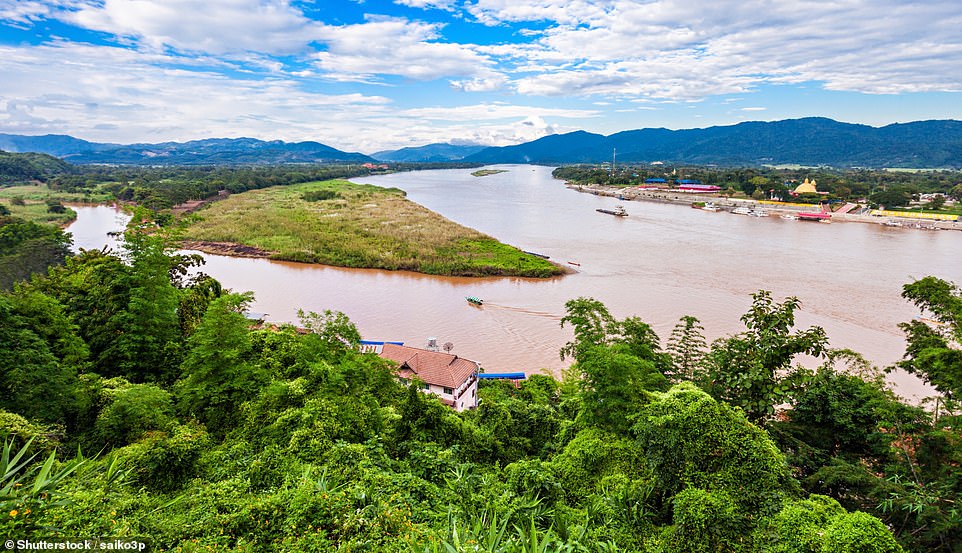 A view of the Golden Triangle, the mountainous region where Northern Thailand meets Laos and Burma. Along the river, there are dozens of villages

Don’t pack: High heels or jacket and tie – and go easy on the sleeveless tops.

Do pack: Loose clothing that covers knees and shoulders for temple visits.

Along the river, water buffaloes cooling in the shallows are the first clue a village is hidden behind the foliage on the banks.

The next is a gaggle of children running to the boat.

Your guide will introduce you to different tribal groups from the Lowlands and Highlands, including Hmong people whose roots are in China, and Khmu people, who weave bamboo baskets in shapes special to their village.

Taste this: If you dare, try a tot of lao-lao rice whisky made in one of the village stills. It has a kick like a water buffalo.

Downtime: As the sun sets, sit round a bonfire with cocktails and canapes. 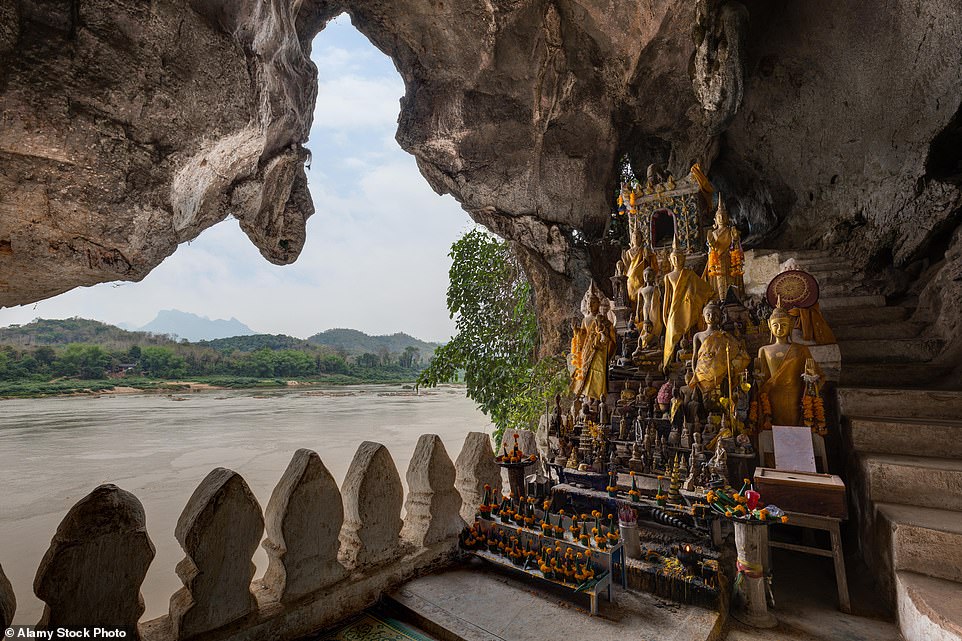 A longboat will take you to the foot of limestone cliffs that contain two caves, holy sites since before Buddhism was adopted by the kings of Laos in the 16th Century. They are crammed with thousands of statues.

Don’t miss: On the opposite bank, watch elephants enjoying a bath in the river with their mahouts balancing on their backs. Then take turns snapping bananas off a branch and squeal as the insatiable pachyderms snatch them from your hands with dexterous trunks. 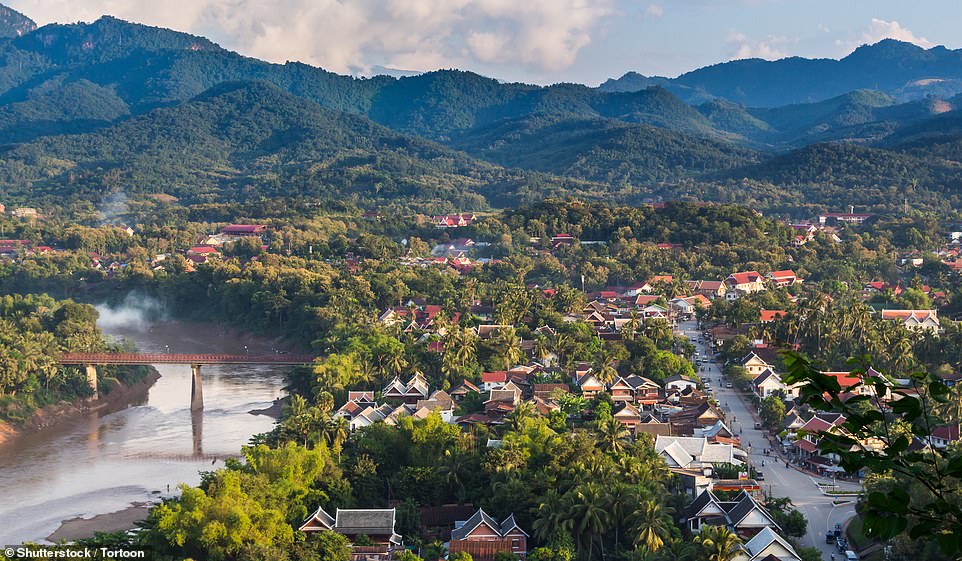 Views over Luang Prabang, Laos’s laid-back former capital. Here a refreshing glass of nutty cold-drip coffee in riverside Saffron cafe is one of the highlights

You’ll moor by the centre of the laid-back former capital. The central avenue becomes a lively night market at dusk.

Don’t miss: Take part in the ritual of giving alms. You’ll sit on a mat in a street with a bowl of sticky rice and when dawn breaks a column of monks in orange robes approach to receive well-wishers’ offerings.

Taste this: A refreshing glass of nutty cold-drip coffee in riverside Saffron cafe.

Downtime: Watch Chang, a film made in the Laotian jungle in 1925, screened nightly in the garden of Victoria Xiengthong Palace hotel. 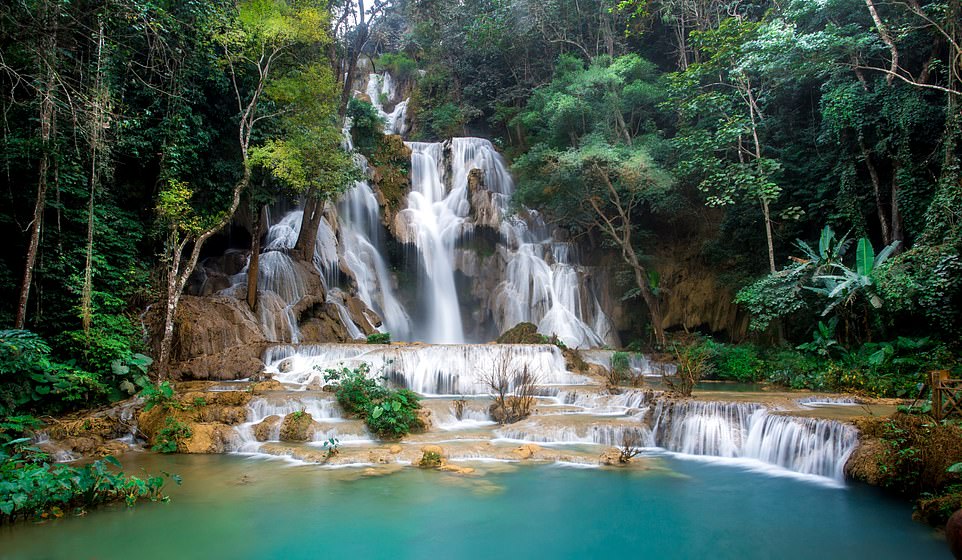 The Kuang Si Waterfalls form a series of milky, turquoise pools, perfect for a cooling dip

They are a spectacular sight, tumbling hundreds of feet over rocks, but even more alluring is that they form a series of milky, turquoise pools, perfect for a cooling dip. Next, stroll to the nearby butterfly park, packed with 50 varieties.

Don’t miss: The sanctuary for rescued bears at the base of the trail to the waterfalls.

Taste this: Chilled lychee juice when you step back on board after a hot walk ashore.

Downtime: It can take three hours to get through the hydro-electric Xayaburi Dam: offering your guide a perfect chance to teach you some Laotian phrases. 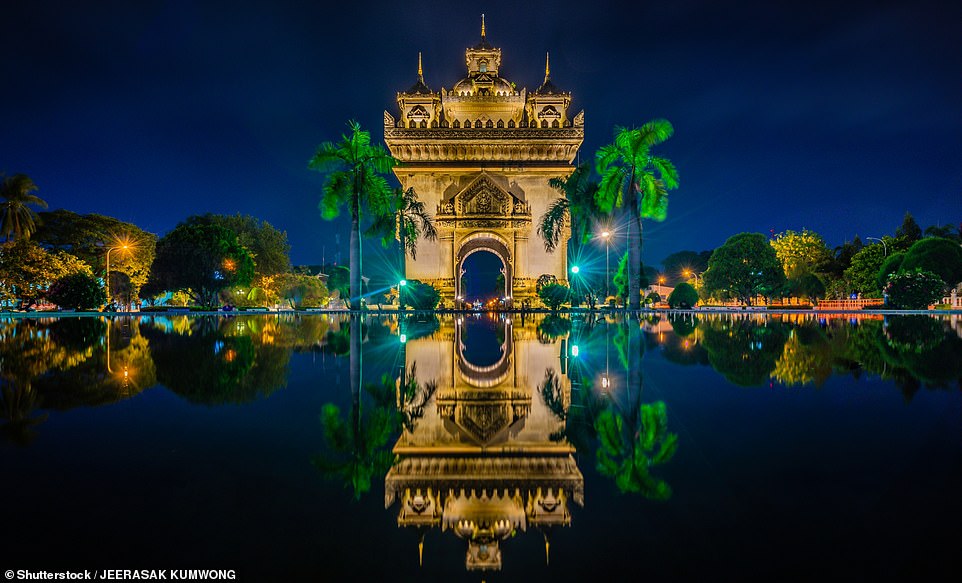 In Vientiane you can climb to the top of the 1950s Victory Gate, inspired by Paris’s Arc de Triomphe, for a glorious 360-degree view over the city

Sabaidee Pandaw has to moor on the outskirts, but the main sights of the modern capital can all be seen on a half-day tour. You can climb to the top of the 1950s Victory Gate, inspired by Paris’s Arc de Triomphe, for a glorious 360-degree view over the city. The golden great stupa, That Luang, is the holiest Buddhist temple in Laos.

Don’t miss: The museum at COPE rehabilitation centre is a reminder Laos was left littered with half a million unexploded bombs after the Vietnam War – and they are still taking a devastating human toll in the countryside.

Taste this: Filled baguettes are a delicious legacy of French rule in Indochina.

Downtime: Relax in a rattan chair next to the wheelhouse and marvel at the captain’s skill shooting the rapids just north the city.