A two-year-old has taken the internet by storm with her incredibly creepy headless Halloween costume.

Maya and her sister Charlie stunned their village in Parañaque City, Philippines when they went trick-or-treating on Friday.

Krystel Hwang had kitted her daughters out with two spooktacular outfits.

Six-year-old Charlie was dressed as a butcher, while her sister Maya appeared to be headless. 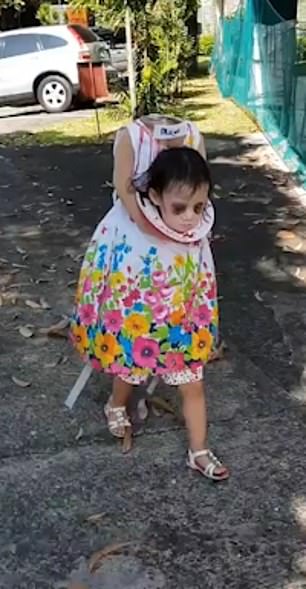 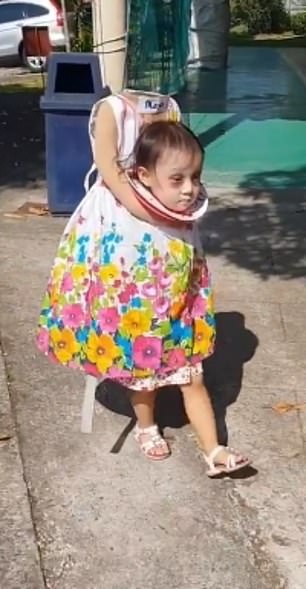 Maya’s pround mother Krystel shared footage of her daughter online, attracting thousands of comments in doing so. Maya and her sister Charlie took their village by storm when they went trick or treating on Friday

Proud Krystel uploaded a couple of videos of her daughter to Facebook on Friday.

But now one of them has amassed more than 12million views.

It shows Maya walking down the street in her headless costume and it is so convincing that people have been commenting in their thousands.

Giselle Fernandez Silva said: ‘This is amazing! I’m tired of princesses, super heroes and other costumes which don’t make sense.’

While Melissa Das said: ‘That’s awesome. Best costume ever. And then they put her treats in her neck.’ 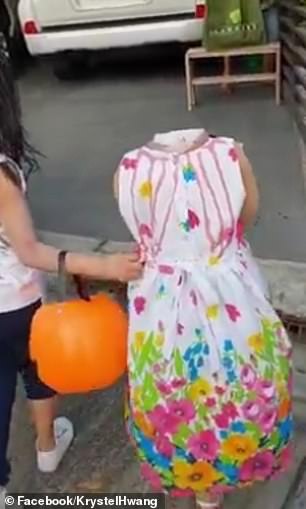 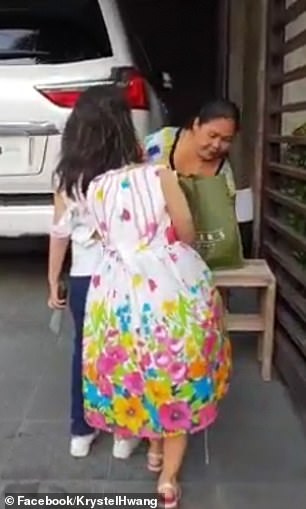 Maya and her sister Charlie, dressed as ‘headless girl’ and a ‘butcher’ approach an unsuspecting resident of their village in Parañaque City, Philippines on Friday 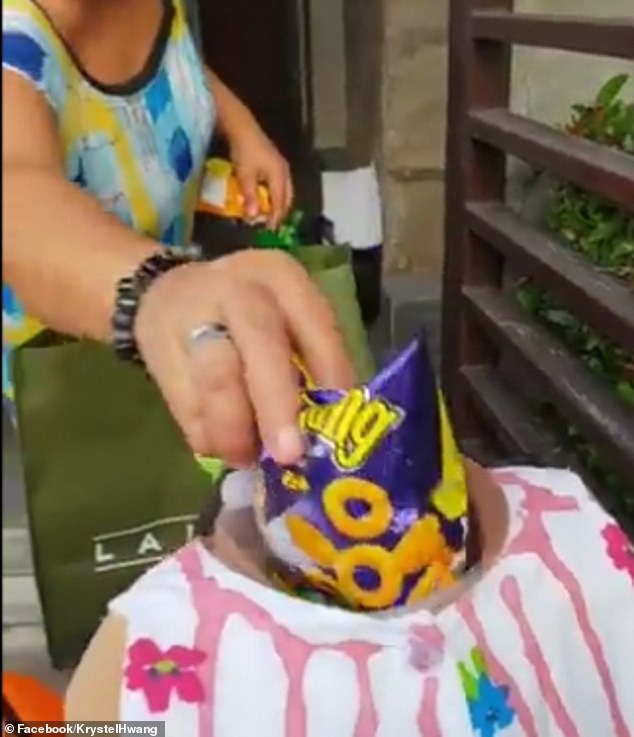 Jerry Huang commented: ‘That’s the coolest costume ever thanks for the idea

While Angela Hussey said: ‘I saw that yesterday, it took me a while to figure out the proportions cause this looked legit.’

In another of the videos Maya and her sister can be seen approaching a resident of her village.

Instead of taking the treats with her hands, Maya instructs the gob-smacked resident to put them in her neck – where her head should be.

The videos of the duo are continuing to attract thousands of views and their hard work will certainly take some beating. 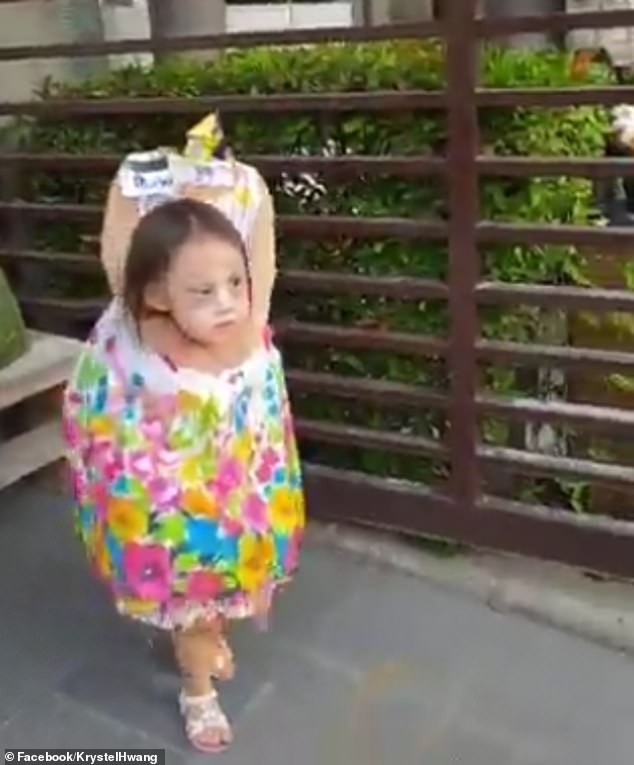