HEALTH: Don’t let hay fever get up your nose

HEALTH: Don’t let hay fever get up your nose

Hay fever is triggered by the release of specific grass, weed or tree pollens, which are produced at particular times in the season

Hay fever can turn calm, usually robust people into runny-eyed, blotchy-faced, antisocial wrecks who stay inside on sunny days then sneeze themselves awake at night. Teenagers, who are usually in the grips of revision and exams at this time of year, can experience increased anxiety and depression, becoming hostile, impulsive and changing their minds more often. It’s not surprising that hay fever has been found to impair pupils’ performance. It has also been linked to increased risk of psychiatric disorders. So it’s not to be sniffed at.

The official pollen count forecasts the overall pollen load, but it is not just this that causes suffering. Hay fever is triggered by the release of specific grass, weed or tree pollens, which are produced at particular times in the season. Scientists at Bangor University have developed a test using a form of plant DNA ‘barcode’ to identify pollen-release patterns from particular species.

The university’s Simon Creer says, ‘I’m a hay fever sufferer and I know that on some days, despite a high pollen forecast, I can be less affected than on others when the forecast appears to be lower. This led us to wonder whether it’s the high load of pollen alone that causes the problem or whether the different grass pollens cause different levels of reaction.’ This extra information is being correlated with its impact on symptoms, with a view to producing more detailed forecasts for specific pollens in the future.

So what can you do if you are affected – other than shut the windows and stay inside? For most people, hay fever is a relatively mild, temporary irritation when the allergen counts are particularly high. Symptoms usually respond to antihistamine tablets, available over the counter (OTC) at pharmacies, which can reduce the body’s reaction to allergens, providing relief within under an hour.

If this doesn’t do the job, add in a mild steroid nasal spray such as OTC Beconase. It takes a few days to reduce the inflammation in the nasal passages, so you won’t see an instant improvement, but the effect lasts longer. There are also stronger versions which can be prescribed by your GP.  Runny eyes usually improve with these treatments, but if not another OTC preparation, sodium cromoglicate (such as Opticrom eye drops), can be added to soothe and reduce redness, irritation and streaming. Other tips include putting Vaseline around your nose to trap pollen, showering or changing clothes when you have been outdoors, and vacuuming and dusting frequently.

Hyposensitisation, now known as allergen-specific immunotherapy, can reduce symptoms but is a three-year process. Doctors inject you with the substances that cause the allergy until your body eventually stops overreacting to them. Alternatively, Imperial College London and the Royal Brompton Hospital have developed a daily pill version containing freeze-dried pollen.

Probiotics containing live bacteria, such as bifidobacteria and lactobacillus, are also increasingly being used to curb the immune system so that it doesn’t overreact to allergens. In a study at the University of Florida, those who took probiotics reported improvements in their symptoms, compared to those taking a placebo pill.

The European Pollen Diary Scheme (pollendiary.com/Phd) allows you to track your symptoms online. They are then matched to pollen levels from different source species in your area. It can help you to identify which species you are allergic to – and your data is also helping researchers to study allergies.

Belt up and beat the slump 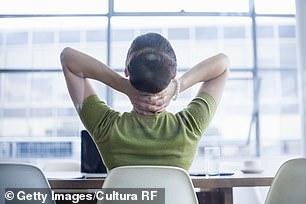 Having spent weeks hunched over my computer, I have found an easy and surprisingly comfortable way to get back to an upright posture – a hump correction belt.

It looks a bit like a thick Velcro bra without the cups at the front. It is also said to be good for ‘text neck’ – pain sustained from looking down at your smartphone. For more NHS guidance on how to stop slouching, go to tinyurl.com/y5qu2945.