HEALTH NOTES: Happiness is a slice of cake and a loved one

HEALTH NOTES: Happiness is a slice of cake and a loved one

One in five Britons are happiest when tucking into a slice of cake, according to new research.

Indulging in freshly baked treats – such as cake or cookies – ranked above finishing work and stroking pets as the activity that brings us the most joy.

The poll of 2,000 UK adults revealed that the most cherished pastime is spending time with loved ones.

Covid risk at the Christmas table

One Covid-carrier around your Christmas table of eight has a 70 per cent chance of infecting two more diners, according to a new study.

Professor Ed Galea, from the University of Greenwich, conducted research into travelling Covid particles, based on a three-hour dinner with no ventilation and constant chatter.

He says: ‘The best way to stay safe is to use as large a room as possible, keep windows open – ideally at opposite sides of the room – don’t shout and keep it short.’ 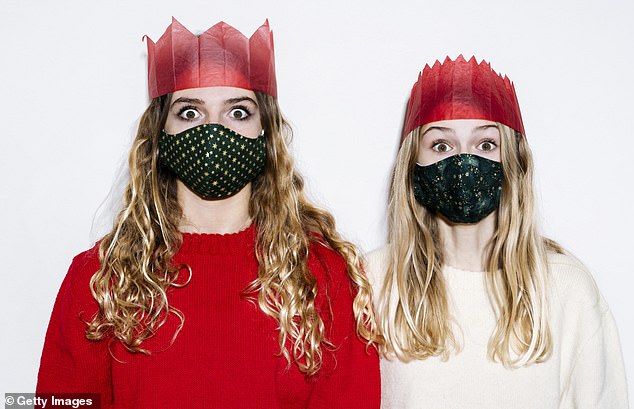 One Covid-carrier around your Christmas table of eight has a 70 per cent chance of infecting two more diners, according to a new study (file photo)

Blood tests may not be the best way to diagnose and monitor health conditions – doctors should analyse fluid between our cells instead, according to new research.

Scientists in Georgia were able to use a custom-made machine to test the fluid, identifying compounds that could indicate disease – such as glucose, key in diagnosing diabetes.

The fluid tests are said to be less invasive than a blood test, using small stick-on patches loaded with micro-needles.