Paris Hilton says that she’s in the best shape of her life after cutting out fast food and sugar from her diet.

The 36-year-old socialite says her trim figure is a result of eating well and dancing around her DJ booth in Ibiza where she has a weekly residency. She says: ‘I don’t eat fast food any more or sugar. Basically I eat whatever I want – as long as it’s healthy.’

She also claims she doesn’t work out or go to the gym, because she’s so busy.

‘But I keep active by dashing from airports to work – and when I’m doing my DJing night, I dance about to the music. That’s like an hour work out in one day.’

When she’s not working, Paris enjoys spending time outdoors with her boyfriend, the US actor Chris Zylka. And although she looks perfect, Paris admits she see flaws in herself – but steers clear of cosmetic surgery.

She says: ‘I am afraid of needles and surgery. They freak me out. I am very proud to say that I have never gone under the knife to improve my appearance.’

Cycling helmets are life-savers, with a study last year showing they reduce serious head injuries by up to 70 per cent. But many riders hate having to carry them around once when they get to their destination – with 82 per cent of non-wearers blaming a lack of portability. 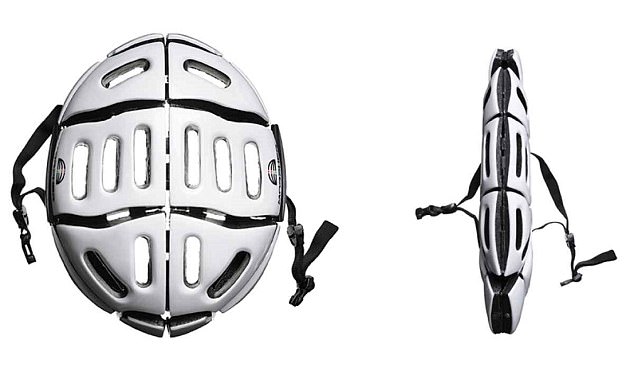 The Morpher Folding Helmet (£120 morpherhelmet.com) could be the solution as it folds in half to easily fit in a bag. More than 100 cyclists were killed on Britain’s roads in 2016 and inventor Jeff Woolf says: ‘I developed it to prevent brain injury or worse.’