HEALTH: The dangers of endometriosis

The name Theodora means ‘god given’ in Greek and for Sarah Hancock and her partner Joshua Wade, one-year-old Thea (pictured below) was an unexpected gift. In 2009, Sarah, now 35, was diagnosed with endometriosis, which is often linked with infertility. ‘By spring 2016, we had been trying for a baby for three years and we were advised to have IVF treatment. But just as we were about to apply for a bank loan to fund quicker private treatment, I became pregnant naturally.’

Like many women, Sarah’s path to diagnosis took years. The average time is seven and a half years, according to Endometriosis UK (endometriosis-uk.org). ‘By 18, I had excruciating abdominal pain before and during my periods. As the years passed, it got worse. My GP said it was just period pains and to take painkillers.’

The name Theodora means ‘god given’ in Greek and for Sarah Hancock and her partner Joshua Wade, one-year-old Thea (pictured) was an unexpected gift

Over the next decade, Sarah developed more life-disrupting symptoms including irritable bowel syndrome (IBS) and recurrent interstitial cystitis. Her GP continued to advise painkillers with dietary measures to control her IBS. Sarah put up with the problems because she ‘didn’t want to keep making a fuss. Also, I was ambitious and my male boss was unsympathetic.’

In January 2009, Sarah collapsed at work with pain so bad that she was screaming. ‘At the hospital, an ultrasound scan showed I had two cysts the size of oranges on my ovaries and growths on my bowel, bladder, liver and appendix.’ Finally, she was diagnosed with endometriosis.

This chronic debilitating condition affects one in ten women of reproductive age in the UK. Cells similar to those in the womb lining (endometrium) grow in other parts of the body and bleed during menstruation. But this blood has no way of leaving the body so it stays and often causes pain during periods, inflammation and scarring, with ongoing problems. The exact cause is not clear, but it usually improves with the onset of menopause.

After Sarah’s diagnosis, a specialist consultant gynaecologist prescribed hormone injections to stop her periods temporarily. ‘This reduced the amount of endometriotic tissue, making it easier to remove surgically.’ So far, she has had four operations.

The diagnosis impelled Sarah to look at her admittedly unhealthy lifestyle. ‘It made me research how to clean up my life and treat my body better.’ A nutritionist prescribed a wheat-free, low dairy diet to reduce bloating, which Sarah still follows. ‘I avoid coffee and alcohol, too, because they cause spasms.’ Reflexology helped, as did aromatherapy massage, the latter so effectively that Sarah ended up training in aromatherapy.

Endometriosis is also linked to endocrine disrupting chemicals (EDCs), which affect reproductive hormones. Although there are some natural EDCs, most are synthetic chemicals used in pesticides, pharmaceuticals and cosmetics. 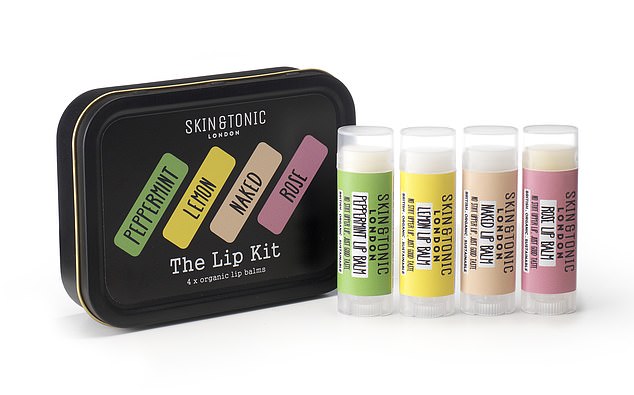 Sarah started scrutinising ingredient labels and reading research papers linking EDCs to conditions including endometriosis and infertility. ‘It’s a grey area scientifically, but I didn’t want to take a risk so I started to make simple, pure skincare products at home.’ That proved so successful that Sarah did courses in natural skincare formulation along with the aromatherapy. Wind forward to 2014 and Sarah and Josh launched Skin & Tonic, their certified organic skincare line (skinandtoniclondon.com). For more information on EDCs, visit BEUC, The European Consumer Organisation, beuc.eu

Is your christmas tree making you ill?

Real Christmas trees can cause respiratory illnesses in susceptible people owing to mould spores growing on the trees and other live greenery. People with asthma may choose to opt for an artificial tree. If you buy a live tree, wash it down thoroughly before bringing it indoors. Also consider having some helpful products on hand such as Eyelergy Eye Drops (£9.90, eyelergy.co.uk) to relieve watery or sore eyes. For blocked noses and/or catarrh, pharmacist Shabir Daya recommends A Vogel Sinuforce Nasal Spray (£7.35 for 20ml, victoriahealth.com). 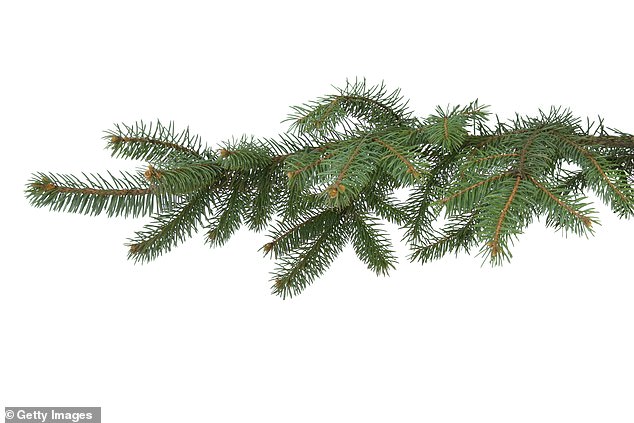 A happy reader reports that after being laid low with endless colds from her grandchildren, taking Optibac Probiotics For Daily Immunity (£11.29, victoriahealth.com) has kept the bugs at bay.

Email your questions to sarah@sarahstacey.com