HEALTH: The new wave of superfood

HEALTH: The new wave of superfood

By Dr Clare Bailey For You Magazine

Eating seaweed may help lower the risk of developing conditions including heart disease, arthritis and dementia

Most of us are still not getting enough fibre, omega-3 oils or iodine in our diet. Lack of these is linked with inflammation and chronic diseases such as diabetes and some cancers. But there’s one magic ingredient that could fix this: seaweed.

It’s an excellent source of omega-3 and iodine, but it is also the king of special types of soluble fibre. Plus, it can be farmed sustainably and fast, with sunlight and seawater. All of which makes it a superfood.

Most people are aware that consuming more omega-3 oils, which we usually get from oily fish or fish oils, is good for our health. One of the main reasons is because omega-3 oils help to reduce inflammation in the body, and therefore help lower the risk of conditions such as heart disease, dementia and arthritis.

Foods rich in omega-3 oils also help counter the inflammatory effects of another type of oil, omega-6, which we consume mainly in the form of vegetable oils. Ideally, we need to be eating roughly similar amounts of both oils, but most of us are not even close to that balance.

I spoke with seaweed expert Dr Pia Winberg, a scientist based at the University of Wollongong in Australia. ‘The trouble is that modern Western diets provide a ratio of around one omega-3 to 15 omega-6,’ she told me. ‘In fact, brain health is emerging as one of the critical concerns that is deteriorating due to a lack of omega-3.’ Research suggests that omega-3 deficiency may be linked to aggression, impulsive behaviour, Alzheimer’s and learning difficulties.

Arthritis sufferers, in particular, seem to benefit from changing diet. Studies have shown that improving intake of omega-3 can suppress inflammation in patients with rheumatoid arthritis. Pia suggests that ‘the main producers of omega-3 in the food chain are seaweeds and algae, so these are a no-brainer in terms of increasing their role in feeding people as well as livestock’.

She also points out that seaweed is a great source of complex dietary fibre, vital for healthy guts. ‘We are not eating enough fibre,’ she says. ‘We need up to 30g a day and are generally only getting about half that. Seaweeds and algae are rich in a type of dietary fibre called glycans, which are potentially more effective than fibre from fruit and vegetables.’

Fibre feeds the microbes that live in our guts, and a balanced microbiome depends on us eating an adequate variety of fibre and glycans. A healthy gut ecosystem will help keep your weight down and your immune system in good order. Some glycans can even trigger gut bacteria to produce natural antibiotics that help balance our gut flora by fighting yeast infections and some harmful bacteria. In Japan and South Korea, up to ten per cent of the diet includes seaweeds, which could help to explain why their populations have a long life expectancy.

Seaweed is not to everyone’s taste (I happen to love it, having grown up by the sea), but most of us could benefit from adding it to our diet. You could eat sushi (nori seaweed wraps mine) once or twice a week, add it to your salads or chop it into a fish dish. In my book The Clever Guts Diet Recipe Book, there are recipes with seaweed.

Pia has also produced food containing seaweed, such as pasta and muesli, as well as Seafibre-3 capsules to provide a concentrated blend of seaweed fibre and algal omega-3.

Is the menopause needling you? 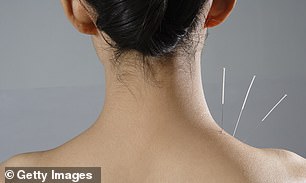 Acupuncture may ease menopause symptoms – reducing hot flushes, mood swings and sleep disturbance – according to a recent study of 70 women, reported in BMJ Open, in which half were given acupuncture. Even if it is mainly a placebo effect, it seems to help, and could be an option for those who can’t or don’t want to use hormone replacement therapy (HRT).