A healthcare worker is $40million richer after winning the entire Powerball jackpot.

The man from Cairns in Far North Queensland scored the division one prize in Thursday night’s draw.

He looked at his winning numbers in disbelief and mulled over his jackpot – by taking a shower.

‘I thought I would check my ticket before bed. I was quite calm. I knew I had some of the numbers and thought I might have won division six,’ he said.

The ecstatic man, who wishes to remain anonymous, purchased the winning PowerHit entry at newsXpress Edge Hill on Collins Avenue in Edge Hill.

Shop owner Maxine Hare said this was the store’s sixth division one sold within the 16 years that the newsagent had been opened. 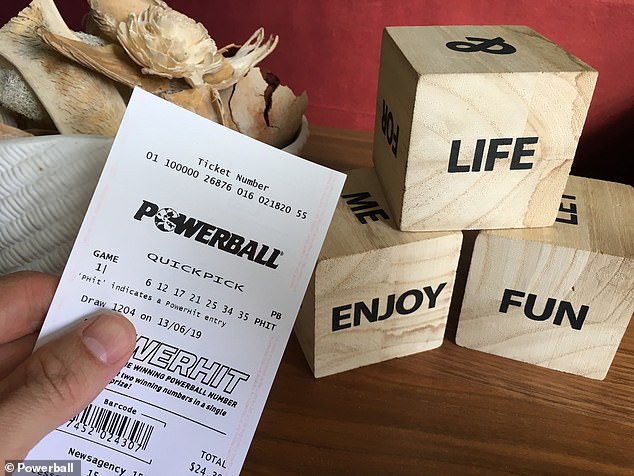 The Lott spokesperson Matt Hart said any division one winners tonight would join the 12 other Australians who have won a multi-million-dollar Powerball prize so far this year.

‘2019 has been a historic year for Powerball, with record-breaking jackpots offered and a delighted dozen receiving more than $477.5 million worth of life-changing prize money,’ he said.

‘But the year isn’t over yet! We’re eagerly anticipating our next Powerball division one winner, who will be our 13th for the year. Being 13th never sounded so good!

‘Will we crown that winner tonight? Only time will tell.’