A chilling video has emerged of a group of teenagers taunting death as they climb a 34-metre high radio tower without harnesses.

Certainly not for the faint-hearted, the teenagers filmed the moment the broke through a wire fence before climbing up the radio tower in Queensland.

Sharing the three minute video to YouTube, the footage shows the teenagers clambering up the Parkwood Radio Tower which was fenced off and covered in graffiti. 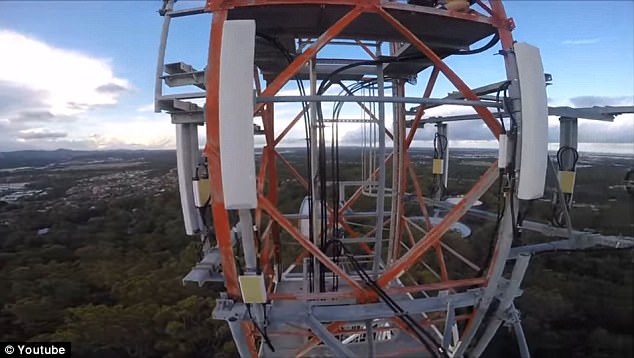 The teenagers appear to effortlessly climb up the structure during their death-defying stunt, despite not having any safety equipment.

The four teenagers are filmed carrying their backpacks to a top platform of the tower, but the risk takers don’t stop there.

One of the climbers is filmed scaling on to a barrel branching out from the tower, which appears to have very little to grasp on to.

The jean wearing teenager then dangles their legs over the edge of the slippery looking barrel, more than 30 metres in the air, before taking a panoramic video of the chilling view. 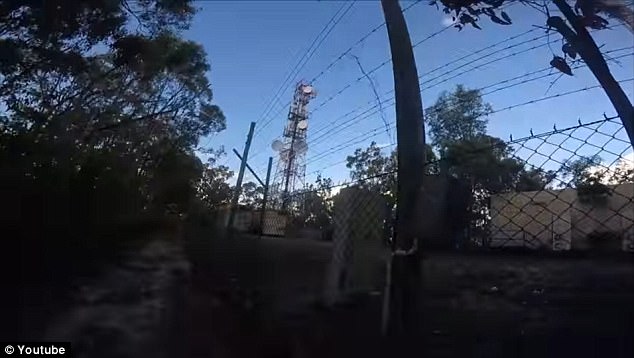 However, that’s not enough for the thrill seeker, who then films themselves climbing from the barrel to a spot even higher up the tower where another teenager is already sitting.

One teenager can then be seen sitting on the edge of the railing of the highest point of the radio tower before being joined by the other teenagers.

Appearing to be uninjured, the group of teenagers climb down the tower after their dangerous stunt in March this year.