‘He was trying to dig himself out’: Heartbreaking pictures show a wallaby desperately trying to save itself from mud on a construction site

A male wallaby has died after an exhaustive two-hour effort to save him from thick mud.

The wallaby was stuck in an construction site after heavy rainfall on Wednesday morning.

He was rescued by the RSPCA after workers found the wallaby up to his neck in mud at a building site in Ipswich, Brisbane.

RSPCA humane advocate officer Chantelle Scolari said the wallaby had probably been stuck in the mud for quite some time before he was found.

‘He was very stressed when we got there and he was still trying to dig himself out,’ Ms Scolari told The Courier Mail.

‘The mud was about hip deep for us and the wallaby’s head and back were visible’.

‘He kept trying to stick his head under the mud which was a big concern for us at the time.’

To gain access to the animal, timber pallets were placed across the mud. 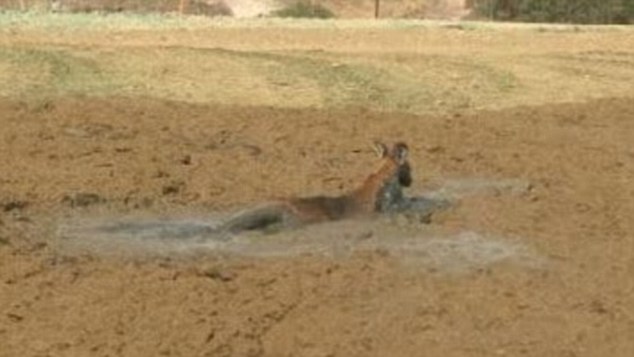 Once officials could get to the anxious wallaby, they were able to sedate him to relieve some stress.

Firefighters soon arrived and requested access to heavy machinery from the site to help free him.

After two long hours, the wallaby was wrenched free, but had to be put down once he arrived at the vet because of the trauma.

Ms Scolari said wallabies suffered from capture myopathy, which caused organs to shut down in times of extreme torment.

‘It wasn’t a great outcome in the end, which was a bit sad,’ she said.

The wallaby had been among a group of wallabies and kangaroos who all accidentally ventured into the fresh pile of mud.

Several others also had to be removed from the bottom of a nearby dam, but all survived. 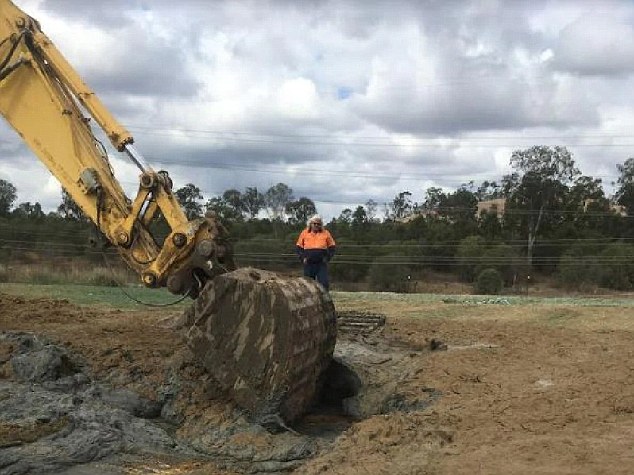