The parents of a four-year-old boy from Texas died within 100 days of one another from coronavirus.

Raiden Gonzalez was a happy little boy living with his mum and dad, Adan, 33, and Mariah Gonzales, 29, but now both have suddenly been taken away within a matter of months.

Adan died at the age of 33 in June, while his 29-year-old mother succumbed to the disease in San Antonio, in October.

A GoFundMe account has been set up for the little boy who is now an orphan and will celebrate his fifth birthday later this month with his maternal grandmother, Rozie Salinas, with whom he now lives.

Adan, 33, and Mariah Gonzales, 29 both died from coronavirus within 100 days. They left behind their little boy, Raiden, who is just four-years-old 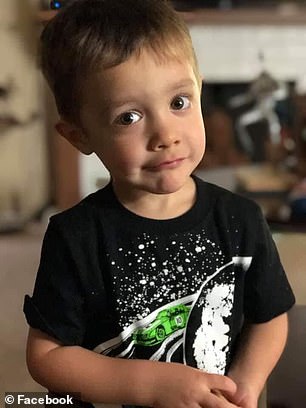 A GoFundMe account has been set up to help little Raiden, through these times

Tragedy struck the family after one of Adan’s truck driver co-workers tested positive for the virus earlier this year, said Salinas.

Adan was admitted to hospital on June 3rd and died four weeks later on June 26th.

Meanwhile, Raiden’s mother, a schoolteacher, who was still in the throes of grief over her husband and was planning a memorial for him died just a few months later on October 5th.

She had only begun to feel ill hours earlier when she suddenly died.

‘He misses his mom since he was a mama’s boy,’ grandmother, Rozie Salinas, told NBC News. ‘Just this morning he told me that he wishes he had his mom back and he just wanted her back.’

‘I mean, what do I tell him? You know, so I just told him that they’re now angels watching over us and protecting us,’ said Salinas, who was Mariah’s mother. 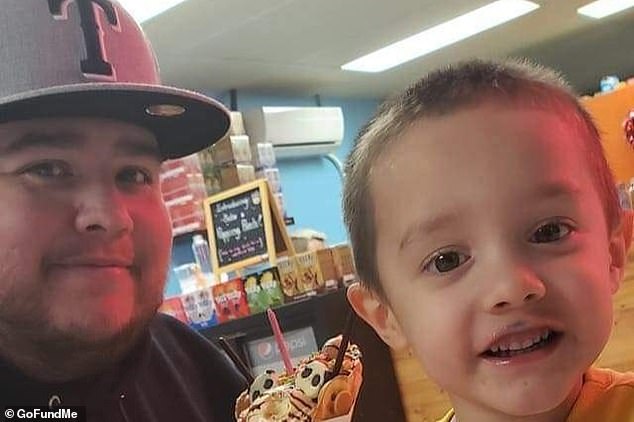 Raiden, right, lost his father, Adan, in June of this year when another tragedy struck the family 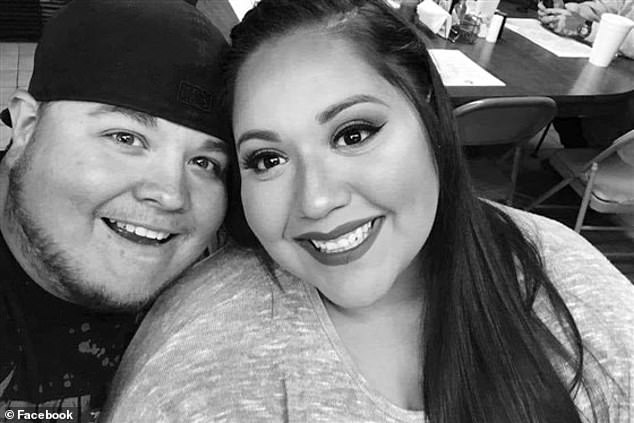 ‘I kept him at that same preschool. They take really good care of him. They know what his situation is,’ Salinas said.

‘He’s what keeps me going, just with his friendly and constant reminders telling me how much he loves me. He’s always thanking me for taking care of him, but I’ve just got to think about him,’ she said. ‘It’s a hard situation to process.’

The grandmother is hoping to put a little happiness in her grandson’s life by hosting a special birthday celebration at the end of the month and hopes to come up with a a drive-by celebration.

‘We have several truck clubs, bikers, Mustang clubs, classic cars, Jeep clubs, plus the fire department. It’s going to be a huge turnout,’ she said.

After the holidays are done, Salinas is planning on having a memorial commemorating both the lives of her daughter and son-in-law. 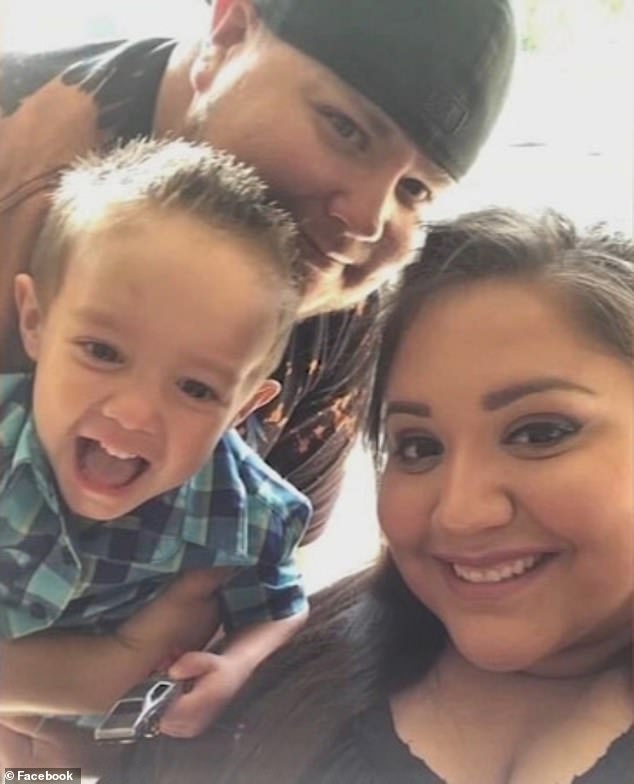 The Texas Department of State Health Services said that there were 7,083 people hospitalized in the state with COVID-19 as cases continue to rise.

Republican Gov. Greg Abbott hasn’t indicated whether he will revert to tougher restrictions on businesses, instead emphasizing in recent days that new therapeutics and vaccines are expected to become available soon.

Texas Attorney General Ken Paxton has taken an even firmer public stance against new restrictions as his office fights efforts in the hard-hit border city of El Paso to impose tougher measures.

Paxton sued the county after closing nonessential businesses in October, including gyms and hair salons, as cases began surging.

The state’s latest hospitalization figures come as an appeals court on Thursday night temporarily lifted the shut down in El Paso, where mobile morgues are being trucked in to help overwhelmed hospitals and funeral homes. And on Friday, the appeals court sent the case back to a state district judge with instructions to halt the shut down.