Heartbroken mother begs the NHS to fund a drug

The heartbroken mother of a boy diagnosed with a fatal condition is begging the NHS to fund a drug that is keeping her son alive.

Kate Toohey, 30, from Liverpool, has explained how her six-year-old-son James is unlikely to make it past the age of 12 because of his Batten disease.

Speaking about the controversial decision by health watchdogs to decide against funding cerliponase alfa because it was too expensive, she said: ‘He will die.’

James – who will slowly lose his ability to see, talk and walk, suffers from the same condition as Ollie Carroll, who was cradled by Prince Harry in hospital last year.

The condition has been thrust into the limelight recently after the controversial move earlier this month by Nice to recommend against the £550,000 a year drug.

Kate Toohey, 30, from Liverpool, has explained how her six-year-old-son James is unlikely to make it past the age of 12 because of his Batten disease (pictured)

James was on the same clinical trial as Ollie and his sister Amelia, whose devastated parents spoke of their fury towards the preliminary decision last week.

It means James is unlikely to receive the drug from January 2020 when the trial ends – and could deteriorate rapidly soon afterwards.

Nice attracted huge backlash when it made the announcement earlier this month, with around 75,000 people having signed a petition in protest.

Nice says that only between one and six babies a year are born with late infantile Batten disease and the treatment is expensive. Cerliponase alfa was deemed too expensive for use in patients with Batten disease by Nice in February 2018.

It is directly administered into the brain through a device surgically implanted.

According to Pharma Times, a year’s treatment costs more than £500,000 per patient.

Marketed as Brineura, it was the first approved treatment for Batten disease.

The drug does not cure the rare condition, it only stops patients from rapidly deteriorating.

Its ‘preliminary decision’ is now open to public consultation, and NHS England is set to negotiate with the manufacturer to strike a temporary deal.

Ms Toohey said: ‘If they take it away from James, he will die. James is walking proof that it is working, and you can’t put a price on life.’

James appeared normal at first but when he was two years old, he got a bit slower at walking and talking and then started having seizures.

The very first one was 20 minutes long – but Ms Toohey claims she didn’t know anything about it.

Speaking about the first seizure, she said: ‘James was just playing with the wheels on a buggy, then went stiff and his eyes locked.

‘He was like wood when I picked him up in my arms. Then, on the ground, his whole body started shaking and he was foaming at the mouth. 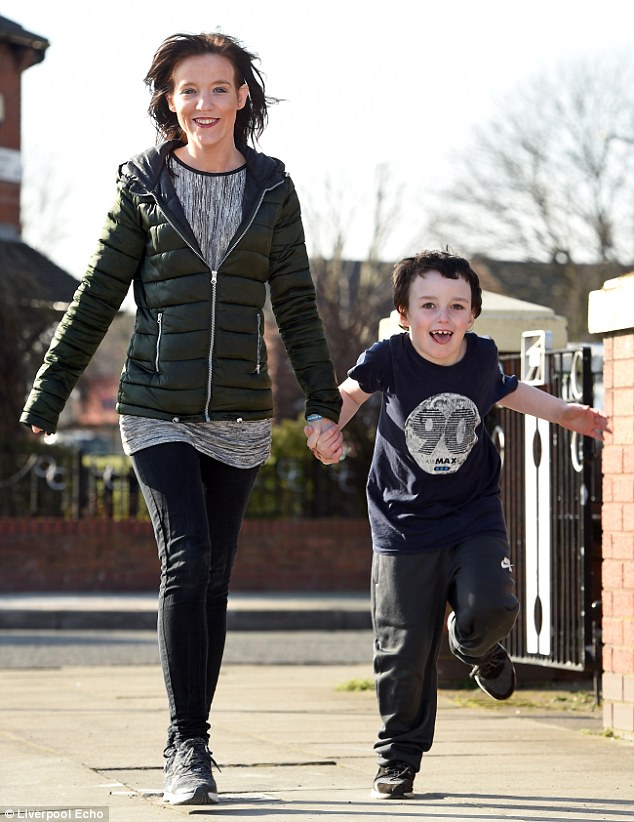 James appeared normal at first but when he was two years old, he got a bit slower at walking and talking and then started having seizures Ms Toohey added: ‘The disease affects young children and they deteriorate really quickly – the lifespan is between seven and 12 years old’

‘It was terrifying. He was taken to hospital, and given antibiotics but he had several more seizures over the next few weeks.

‘They sent him for more tests and to a specialist and, eventually, they found out, unfortunately, he had Batten disease.’

Ms Toohey added: ‘The disease affects young children and they deteriorate really quickly – the lifespan is between seven and 12 years old.

‘It means horrific seizures and takes away their ability to see, talk, walk, swallow. Dementia is one of the last stages before they die.

‘It was the most distressing thing you can hear as a parent about your child, getting told that about my three-year-old.’

But she said she was lucky to find out James met the criteria to take part in a medical trial at Great Ormond Street Hospital.

Ms Toohey and her son then moved down to London to take part in 2014 – and she said the results had been incredible.

Her son had to have surgery initially and then had to have a drug injected into his brain through a needle to top up his enzymes.

Ms Toohey said: ‘If he hadn’t been on this treatment, potentially he would be dead. Thankfully he was accepted – and he is now a normal six-year-old.

‘We don’t know what will happen long-term even if he’s on the drug but, without a doubt, I think he could lead a normal life.

‘I was devastated to hear the Nice and the NHS say it’s too expensive and they want more evidence.’ 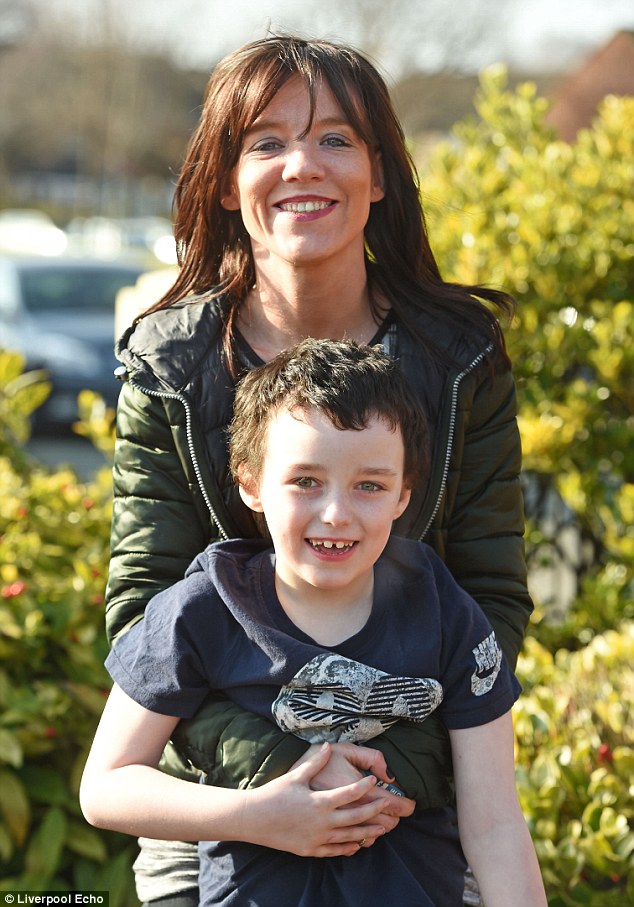 Speaking about the controversial decision by health watchdogs to decide against funding cerliponase alfa because it was too expensive, she said: ‘He will die’

Heartbroken parents of two terminally ill children blasted the decision by the health watchdog to not fund their treatment earlier this month.

Ollie and Amelia Carroll, seven and four, from Poynton, Cheshire, suffer from Batten disease, meaning they are unlikely to live past the age of 12.

Ollie’s plight became headline news and touched the nation last year after a striking image emerged of him being cradled by Prince Harry in hospital.

And in December, his parents Lucy, 32 and Mike, 33, released moving footage of his reaction to hero Ed Sheeran’s song ‘Perfect’, which was the Christmas number one.

The couple revealed they were devastated by Nice’s preliminary decision to recommend cerliponase alfa should not be dished out on the NHS.

Mrs Carroll claimed the drug ‘showed positive signs of slowing the disease down’. It currently has no cure and scientists are desperately working to find one. 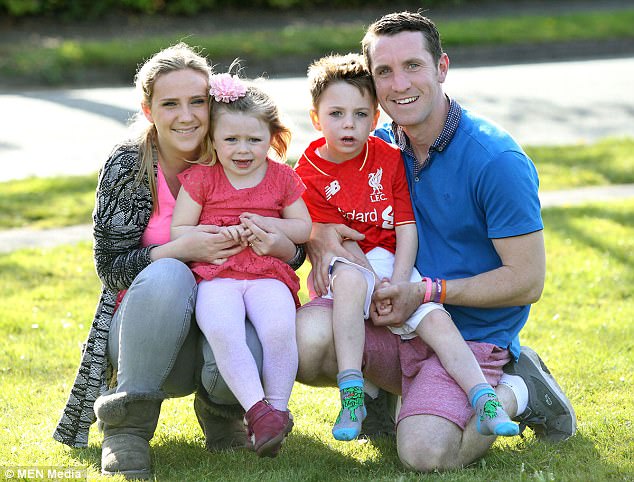 Ollie and Amelia Carroll, seven and four, suffer from Batten disease, meaning they are unlikely to live past the age of 12. His parents Lucy, 32 and Mike, 33, have revealed they are devastated by Nice’s decision to recommend cerliponase alfa should no longer be funded on the NHS