Heartbroken parents reveal their family dog died after eating barbecue leftovers dumped on a beach – as they share moment they broke the news to their son, 5, in warning to others

Devastated parents have shared the heartbreaking moment they told their son, five, his dog had died after eating leftover barbecue food on a beach.

Francis and Nolan Howarth revealed the footage of their son Michael in tears at the terrible news.

Dad Nolan wrote online ‘This is what happens when you don’t pick up litter. This is what you do to five-year-olds, you break their heart’.

It came after Bandit, a Welsh Springer Spaniel, passed away after scoffing the barbecue remains during on the beach at Lytham St Annes near Blackpool.

His owner Francis Howarth had taken him for his regular walk on the sands on June 23 when he came across a left over corn on the cob and ate its entirety, including the core. 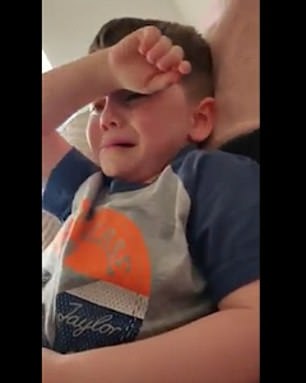 And despite her immediate attempt to stop him, the aftermath resulted in surgery which caused complications in his stomach which caused him to die three weeks later.

His death has left the family of three distraught, particularly their five-year-old son Michael who was heartbroken after hearing the sad news.

The parents have since shared a video on Facebook of him being told Bandit has been sent to ‘rainbow bridge’ to raise awareness of the utter devastation littering can consequently cause. 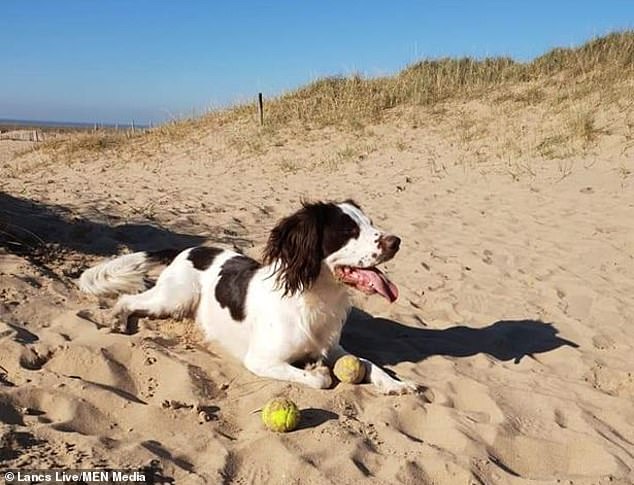 Bandit, a Welsh Springer Spaniel, died after eating leftovers abandoned on the beach

Francis said: ‘I took him for a walk like I normally do on the beach and Bandit loved jumping through the dunes.

‘They were quite high so he was a bit ahead of me and when I caught up with him I saw he was sniffing around the litter so I obviously stopped him.

‘I didn’t know what he’d eaten by that time. A couple of days later he started throwing up and was genuinely unwell. The following day he really went downhill so I knew I needed to call them.’ 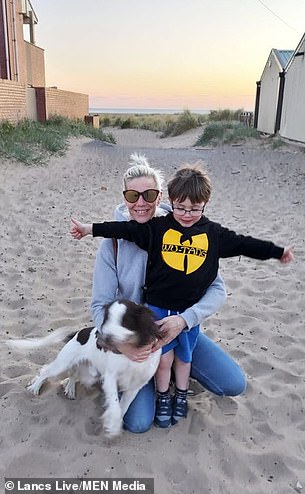 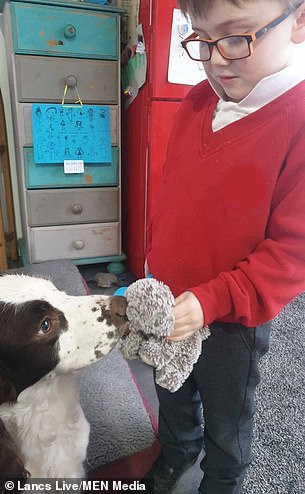 Bandit and Michael Howarth, five, had a special bond and enjoyed playing together

The vets admitted Bandit straight to Blackpool PDSA Pet Hospital and when examined they found an obstruction in his stomach.

When they opened him up for surgery to remove the object, the vet found two cores of corn on the cob that Bandit had swallowed after being buried in the sand rather than binned.

Francis added: ‘One of the stalks was in his stomach and one was really far down in his intestines which really wasn’t good.

‘The vets told us to keep an eye on him but they said he would hopefully recover as he was a young, strong dog, so we thought he would be okay. 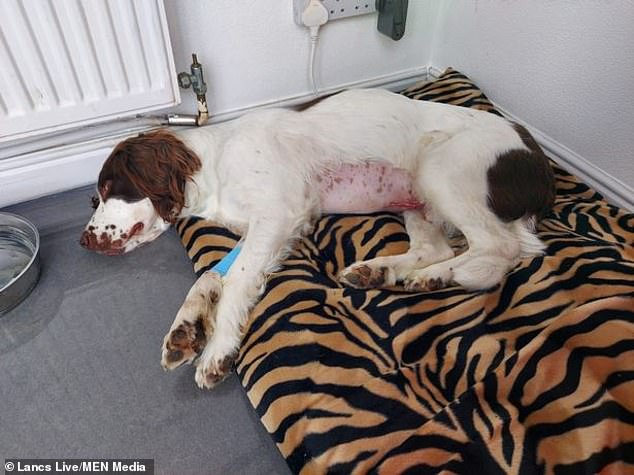 ‘But on Saturday morning he was sick again and I knew something wasn’t right.’

The family took Bandit back to the vets that day where they performed an ultrasound and found a further obstruction in his stomach.

Francis was then told that they had two choices, either to put him down or to undergo further surgery to see what the problem was, and she chose the latter.

He explained: ‘An hour later the vet rang me and said that unfortunately where they’d repaired his intestines his stomach had healed itself against the body and there were large sacks of puss which caused peritonitis. 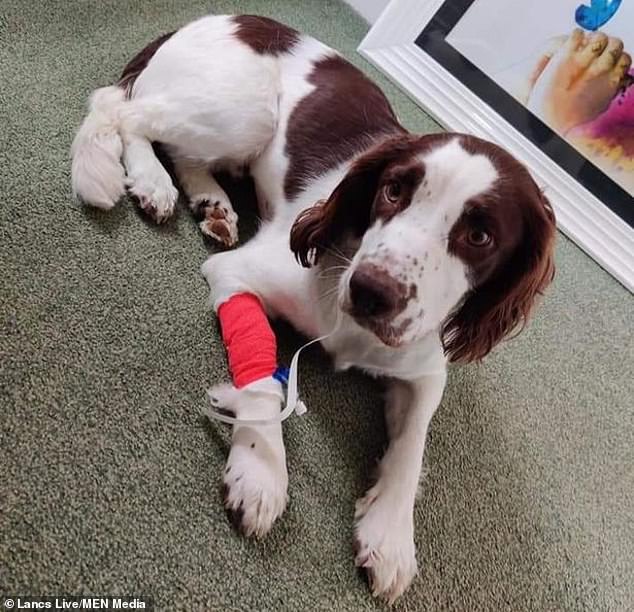 ‘There was nothing more that they could do to help him, they just had to let him go.’

Francis and her husband Nolan had to reveal the devastating news to their five-year-old son Michael.

The couple decided to share the video on Facebook showing the heartbreaking ordeal to raise awareness of the damaging effects littering can cause.

To try ease the difficult news, Michael’s parents told him that Bandit had gone to ‘rainbow bridge’, a term they used for heaven.

Francis added: ‘People from out of town have been coming to St Annes during lockdown because it’s absolutely beautiful but there’s just been so much litter left everywhere.

‘I cannot tell you how angry I am it’s just unbelievable. It’s not hard to take your rubbish.

‘A lot of people don’t know that the centre of a corn on the cob is fatal for dogs. We just want people to realise the devastation this has caused.’