A determined Peace Corps worker who had not seen his sister in three years gave her a heartwarming surprise by showing up to her college classroom.

Kamaka Dias was devastated to have missed sister Kanoe’s high school graduation and first day of college while serving overseas in Madagascar.

The 26-year-old initially planned to surprise his younger sister after two years, but after his stay was extended, another year went by before he and Kanoe, 19, could reunite.

Kamaka, speaking of the moment he got to embrace his sister, said: ‘I was so happy, but also kind of felt bad because I made her ugly cry, as she calls it, in front of her class’ (pictured: Kamaka embracing his sister Kanoe on October 15 at California’s Azusa Pacific University) 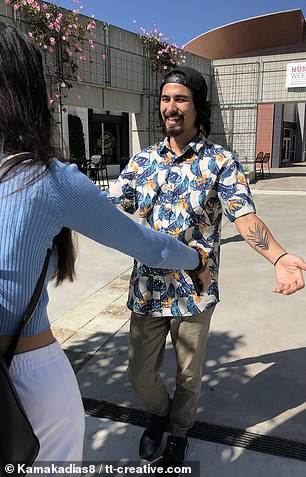 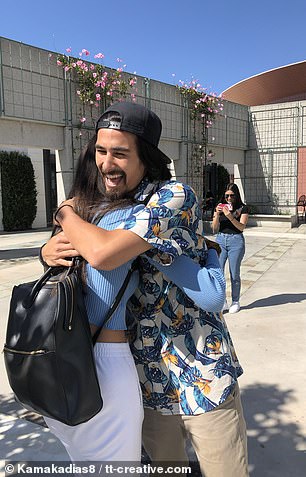 The Peace Corps worker told his family he would not be coming home until November, so no-one would suspect a thing.

Then, having settled on a date, October 15, Kamaka and Professor Brown worked out a way a recording of a poem Kamaka had written for his sister on her first day of college could play in the exam room.

But to Kanoe’s shock, her brother appeared behind her as the video on screen prompted her to turn around.

Failing to believe her eyes, she sat head in hands as her brother walked down the room to greet her, before they embraced.

Speaking of the surprise, Kamaka said: ‘I was excited and very anxious. I wanted to get it over with because I was so afraid, I would get caught or something would go wrong.’ 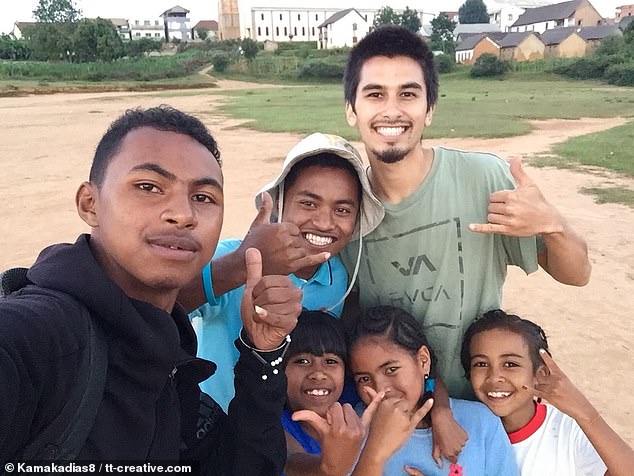 Kamaka, from Hawaii, was serving overseas in Madagascar for three years 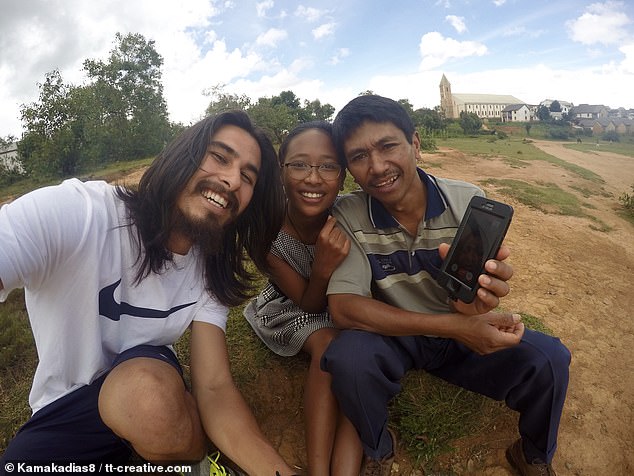 Kamaka while working in Madagascar. He missed his sister’s high school graduation and first day of college while he was away

The 54-hour journey from Madagascar to California was fraught with issues after Kamaka missed his initial flight when trouble broke out at the airport.

After booking another flight for an extra $2000, Kamaka was in a race against time to make it back to America in time to be in the room at the exact moment his poem was playing in the exam.

But with a bit of luck, and some helpful planning from airport staff, he landed in time.

Kamaka, speaking of the moment he got to embrace his sister after so long away, he added: ‘I was so happy, but also kind of felt bad because I made her ugly cry, as she calls it, in front of her class. 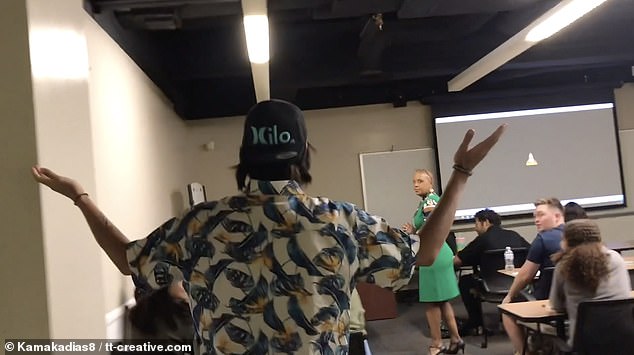 Failing to believe her eyes, she sat head in hands as her brother walked down the room to greet her, before they embraced

‘Once I saw her face and hugged her all the stress and anxiety prior to that all went away. It was awesome! I hope anyone watching this video sees that family is the most important thing.

‘Even though I had a crazy trip trying to get there, I was just motivated by the thought of being able to be reunited with my little sister.

‘The surprise was just an added bonus, but I would do anything to see my family and be with them – you can’t put a price on that.’