The police are usually unwelcome guests when they gatecrash a birthday party.

But a group of New Zealand officers were greeted with open arms when they unexpectedly turned up a five year-old’s party in Auckland on July 21 to give shocked birthday boy Zachary a celebration he’ll never forget.

Zachary recently called the emergency hotline 111 several times to invite the police to the party, much to the horror of his mum Sarah, who repeatedly apologises when the operator named Jen calls back to check that everything was fine.

Stunned youngster Zachary (pictured) had a birthday bash he’ll never forget, which included a fly-over from the police helicopter

‘I’m really sorry, I feel a bit embarrassed,’ his mum explains to the operator.

‘He had just been telling me he wanted a police-themed birthday party and I didn’t realise he was going to phone through.’

The pair laughed about the incident before the operator ended the call by saying she’d put the request in but wasn’t sure if they would be able to make it.

The video then shows five off-duty officers on their day off, including several in full riot gear, knocking on Zachary’s door, much to the shock of the birthday boy, who initially told his unexpected guests they couldn’t join his party.

‘You can come in now,’ he tells the cops after they hand over a police dog toy. 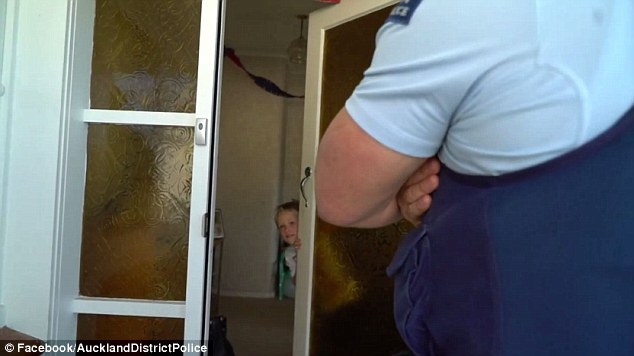 The heartwarming footage then shows a flock of children playing inside the police car outside with lights blaring and trying on uniforms and handcuffs.

A helicopter flies past above them, much to delight of the large group of guests.

Proudly sporting his new police cap, Zachary is then seen in the video blowing out candles on his police-themed cake before he tells the officers it’s also time for jelly.

The police video has since been viewed more than half a million times on Facebook within three days. 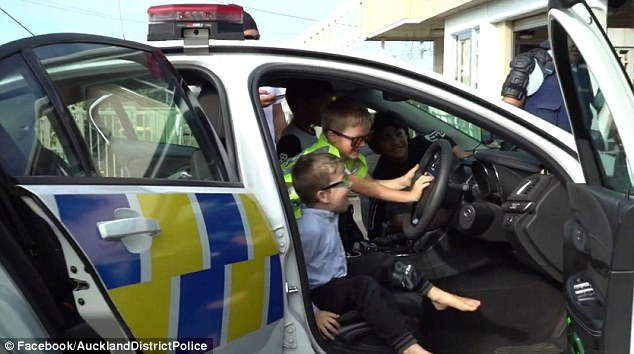 ‘Love this. Brilliant. That’s about 30 kids who will grow up admiring the police and will know to approach and trust when they are at a time of need! Community engagement at its best!’ one man commented.

A woman added: ‘This is the cutest thing ever. You guys have some crap to deal with, it must be cool to do stuff like this.’

There’s bad news for other youngsters who have the police on their list of potential guest list.

‘While our off-duty staff were happy to bring Zachary’s birthday wish to life, we don’t encourage kids calling 111 to invite police to their birthdays,’ a disclaimer at the end of the video states. 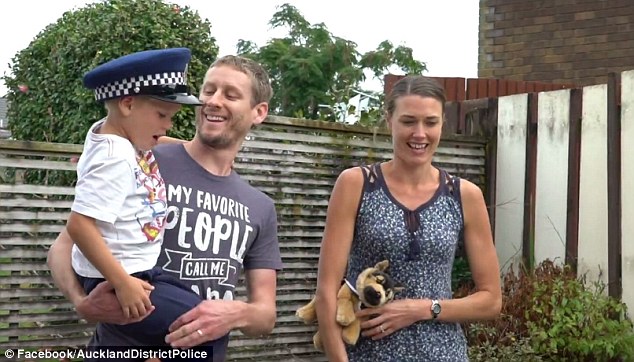