Private tutor and parish councillor Heathcliffe Bowen, 50, of Ilkley, West Yorkshire, was regarded as a ‘pillar of the community’ – but it emerged he paid a 15-year-old boy for sex

A ‘predatory paedophile’ who worked for a city’s child safety agency while simultaneously grooming young boys for sex has been jailed for five years.

Private tutor and parish councillor Heathcliffe Bowen, 50, of Ilkley, West Yorkshire, was regarded as a ‘pillar of the community’, a court heard.

But while Bowen was administrator of the Safeguarding Children Board, in Bradford, he paid an under-age boy for sex and took part in sexually explicit online chats with other youngsters.

He had also been chairman of a parish council when sex monster Jimmy Savile was invited to switch on the town’s Christmas lights.

He was also convicted of six charges relating to attempts to engage children in sexual activity and attempting to meet one child after sexual grooming.

The Recorder of Bradford, Judge Jonathan Durham Hall QC, said Bowen had a ‘deep and entrenched interest in underage children’.

Prosecutor Christopher Rose told a jury that Bowen’s offending had arisen from online conversations he had engaged in using Skype. 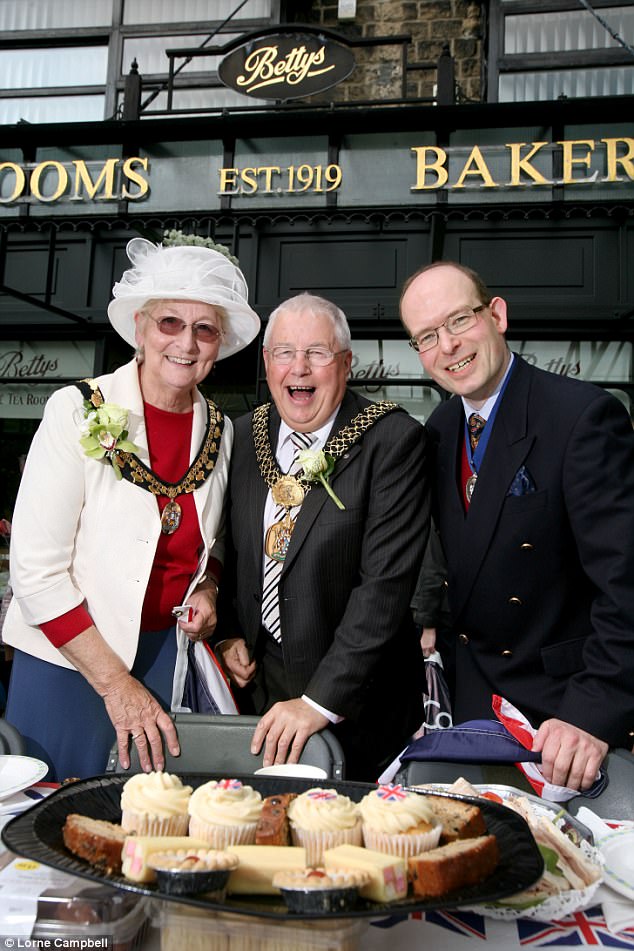 He said some of the allegations involved attempting to engage ‘young teenage men’ in sexual activity, including ‘meeting men for sex’.

Police later identified one of the people Bowen had communicated with as a 15 year-old boy.

Mr Rose said: ‘The conversations make it obvious that they were regularly meeting up for sex, for which sometimes the defendant paid.’

One of the exchanges involved Bowen inviting someone who told him he was a boy in Year 8 at school to have unprotected sex if he ever visited Leeds, with another discussion including an offer to take the virginity of a user who said he was a 12-year-old boy. 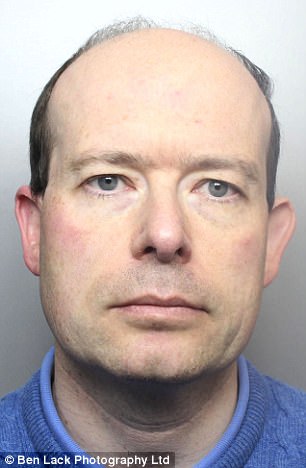 Bowen was a well-known figure in Ilkley’s civic community, having served as a parish councillor for 20 years and as council chairman three times

In one conversation using a webcam, Bowen performed a sex act on himself on camera while a 15-year-old boy watched.

The defendant, of Woodlands Rise, Ilkley, was also convicted of distributing and possessing indecent images of children.

He had told the jury that his online interactions were ‘completely devoid of reality’, claiming he was just chatting to other adults in a ‘fantastical role play environment’, acting a role in a ‘bizarre internet drama’.

Bowen worked as an administrator for Bradford Council in social services and safeguarding from 1995 to 2014.

Before his trial he had already admitted three charges of possessing indecent images of children, and was cleared of one charge of attempting to cause or incite a child to engage in sexual activity.

David McGonigal, mitigating, said Bowen had been diagnosed with an ‘anxiety and depressive disorder’ at the height of the chats in 2014, triggered by disciplinary proceedings linked to his job.

He said Bowen had repressed his sexuality for most of his life, only recently telling his 93 year-old mother, with whom he lived and was the carer for, that he was gay.

Mr McGonigal said Bowen had served the Ilkley community for 20 years, adding: ‘He has lost everything as a result of these convictions. It is difficult for him to admit what he has done.’

Bowen was a well-known figure in Ilkley’s civic community, having served as a parish councillor for 20 years and as council chairman three times.

During his chairmanship, Jimmy Savile was invited to turn on Ilkley’s 2011 Christmas lights, but the now disgraced DJ and prolific sex attacker died aged 84 before he could honour that commitment – it would have been the third time he had switched on the lights.

Bowen was Chairman of the council at that time and back in 2011, said a formal letter of condolence would be sent to Sir Jimmy’s family.

Its independent chairman, David Niven, said: ‘We are grateful that a comprehensive investigation has caught a serious offender.’