And on Monday the 47-year-old dropped by the Today show in New York City to discuss the fallout of bringing down a predator as she promoted her new NBC miniseries Law & Order True Crime: The Menendez Murders.

‘It’s finally exploding!’ said the actress, who looked much younger than her years in a pretty turquoise blue romper with gold heels for the early morning appearance.

A case of the blues: Heather Graham was seen heading to the Today show on Monday 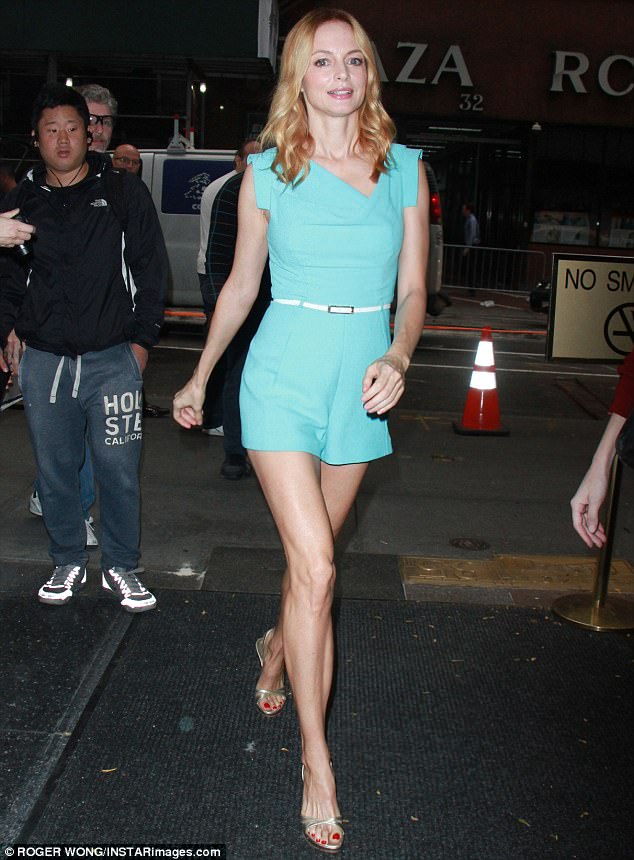 Still incredible: The 47-year-old star wore a blue romper and gold heels for her appearance

‘I think, hopefully for women everywhere, we feel braver to come forward with our stories and we feel we can stand up for ourselves,’ the blonde beauty said on Today.

‘We see a predator is getting some kind of justice.’

She added: ‘It’s something that women have been dealing with for a long time. I guess now it’s finally exploding.’ 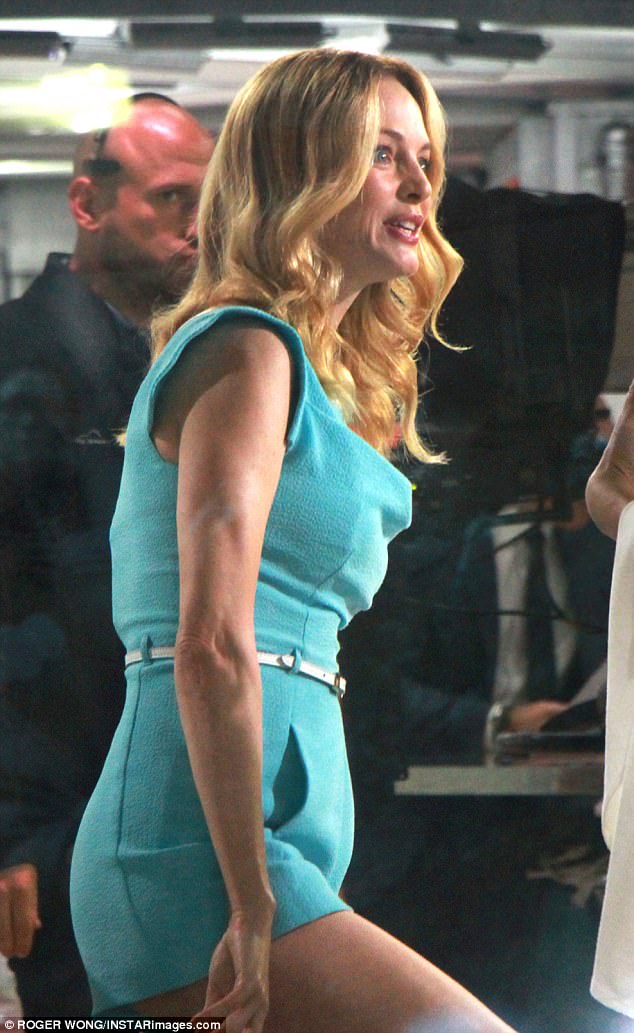 Her side: ‘I think, hopefully for women everywhere, we feel braver to come forward with our stories and we feel we can stand up for ourselves,’ the blonde beauty said on Today 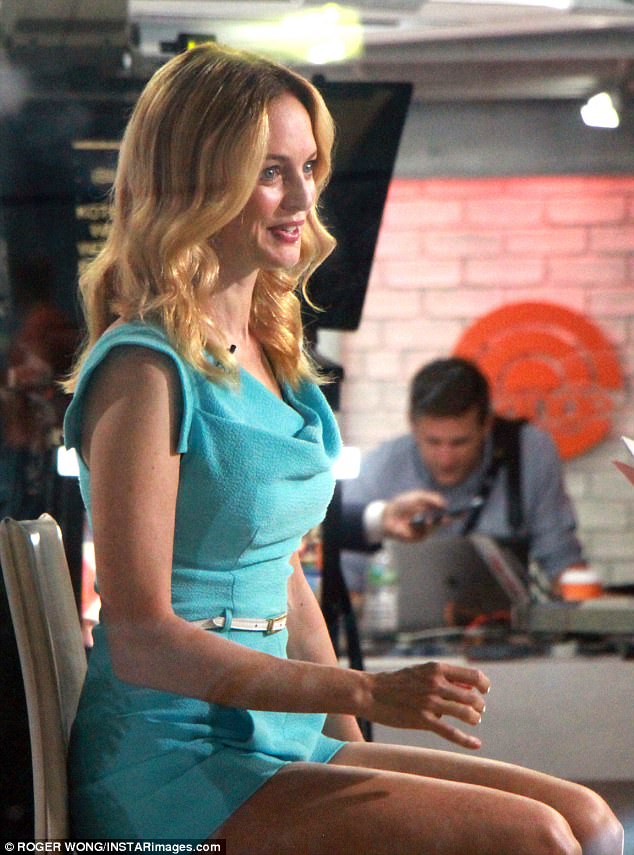 Big news: She added: ‘It’s something that women have been dealing with for a long time. I guess now it’s finally exploding’

Weinstein was brought down by two back-to-back articles.

In the first one by The New York Times Ashley Judd told a story about how Harvey came on to her in a hotel room where she thought they were having a business meeting. It was also claimed that Rose McGowan had been raped by the film producer.

Asia Argento also claimed she had been raped by the man who made the films Emma, Pulp Fiction and The English Patient. 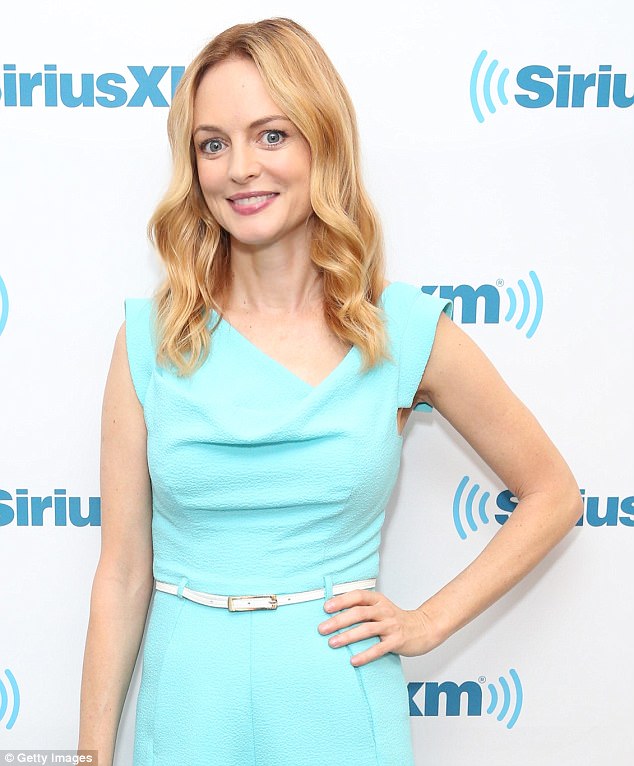 More to love: Graham was also seen stopping by Sirius radio on Monday 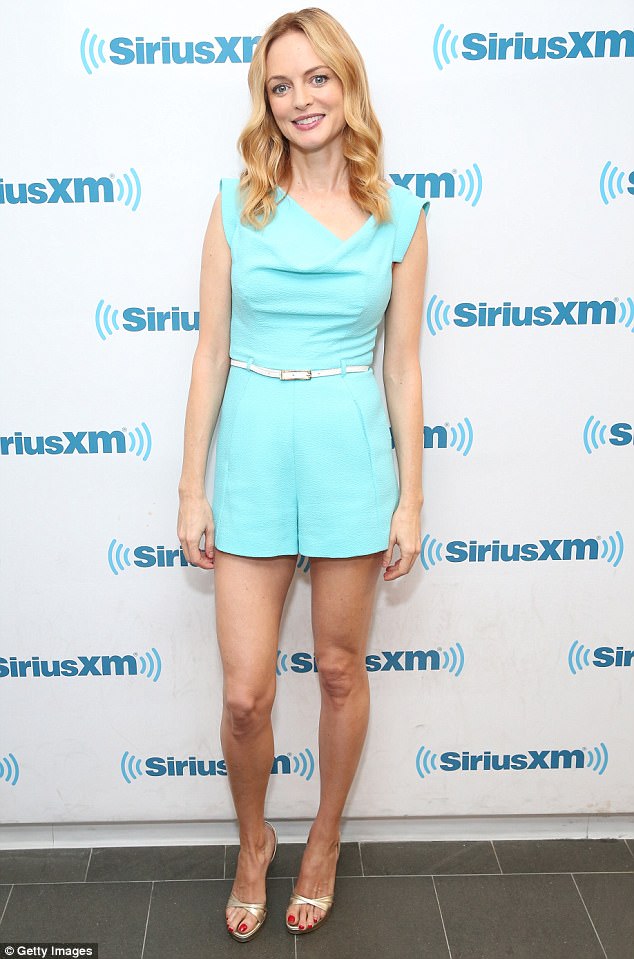 Cute look: The former teen star had on the same outfit as before

Soon after The New Yorker shared stories by Angelina Jolie and Gwyneth Paltrow about how they were harassed.Weinstein has said that his intersactions were never without consent.

‘I think seeing [Judd] doing it was inspiring — (and) other women in that article — and I just thought if we don’t speak out, we enable this man to keep doing this for decades,’ she said. ‘And he shouldn’t be doing it.’

“I’m sure it’s in every business that women have to deal with this,’ said the Boogie Nights actress.

Talking about their Harvey Weinstein encounters: The New Yorker shared stories by Angelina Jolie and Gwyneth Paltrow about how they were harassed

‘I think in the past, we felt we couldn’t speak out, we were afraid of losing our jobs. But I think now we’re saying that we deserve to be treated better and the workplace should be a safe place for us to be.’

The Killing Me Softly actress added: ‘Ironically, I did a movie about sexism in Hollywood and sexual harassment is one of the themes of it.

‘It’s these three women — and it’s empowering, and it’s a sex comedy — but one of the backdrops is being a woman in Hollywood and dealing with sexism. So it’s timely, I guess.’ 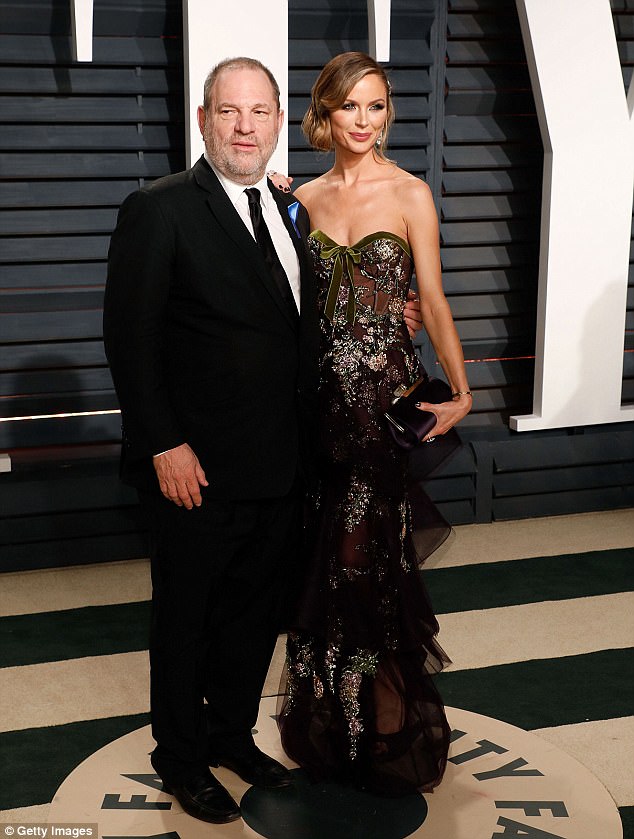 Months before the reveal: Weinstein and wife Georgina Chapman of Marchesa, who has since left the mogul, at the 2017 Vanity Fair Oscar Party at Wallis Annenberg Center for the Performing Arts in Beverly Hills in February

She has written and directed the film Half Magic. The synopsis is: ‘Explores themes of female empowerment through sex, work, and friendship.

‘These women are able to come together through their frustration over male dominance and in fact use their newly formed sisterhood to lean on each other and understand that they must first learn to love themselves before doing anything else.’

Graham can currently be seen on the small screen in the miniseries Law & Order True Crime: The Menendez Murders.