Heather Locklear, Jerry O’Connell and Kylie Jenner can’t believe their eyes as it snows in LA

Celebrities took to Instagram to share their reaction as it snowed in Los Angeles on Thursday for the first time in decades.

Heather Locklear, Jerry O’Connell and Kylie Jenner were just a few of the stars who documented the rare conditions as southern California continues to experience one of it’s coldest snaps for half a century.

According to a report by the LA Times, the last time it snowed in Los Angeles was in January 1962.’ 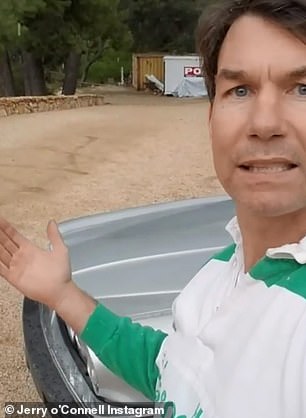 Crazy! Heather Locklear and Jerry O’connell were just a couple of the celebrities marveling at the snow in LA on Thursday. It’s the first time the city has seen snow in 57 years 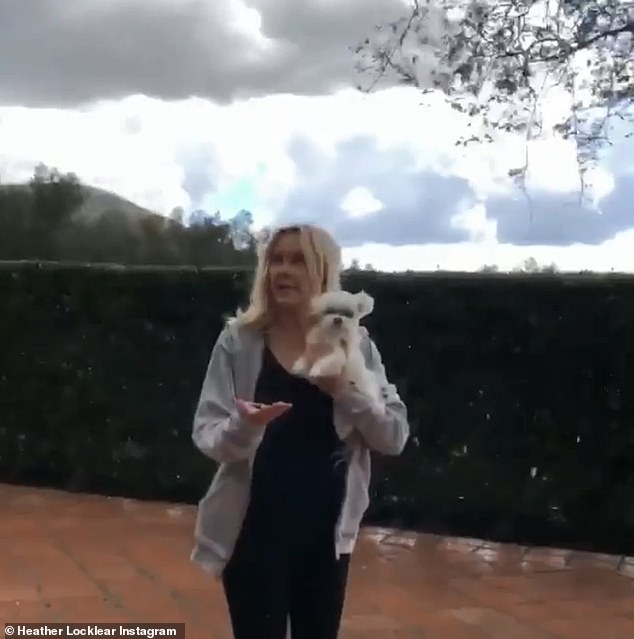 Mister’s first snow! The 57-year-old actress went outside her home with her dog Mister to check out the snowy conditions

Heather Locklear stepped outside her property while holding her pup Mister in her arms.

The former Melrose Place actress held out her hand as she said: ‘It’s snowing! Mister, it’s your first snow!’

A woman behind the camera joked that she should make a snow angel and response Heather started waving her arms.

Meanwhile, Jerry O’Connell hilariously referenced the Khloe and Tristan scandal in his Instagram video while surveying the wintry conditions outside his home. 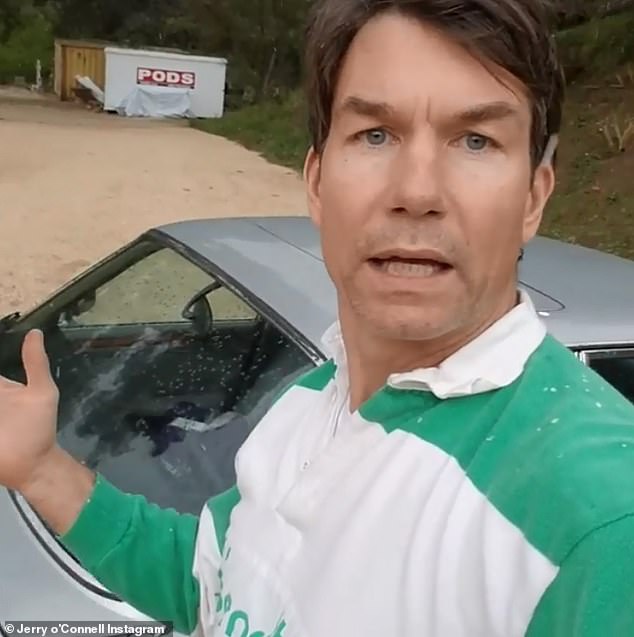 ‘It is snowing in Calabasas right now, OK, Calabasas, California. Where the Kardashians live. Where Jordyn used to live,’ Jerry joked as he checked out the snow outside his home 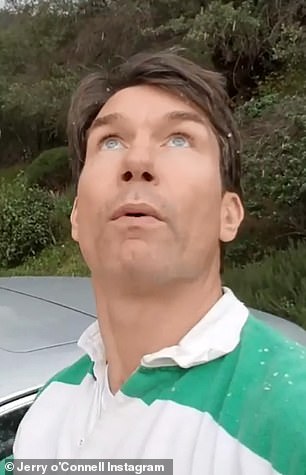 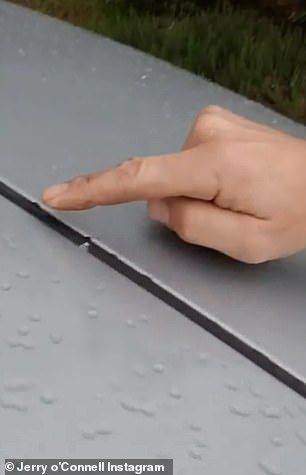 Look! The Jerry Maguire star looked up at the sky before pointing to snowflakes which had landed on his car

He exclaimed: ‘It is snowing in Calabasas right now, OK, Calabasas, California. Where the Kardashians live. Where Jordyn used to live,’

The Jerry Maguire star looked up at the sky and held his hand out before pointing to snowflakes which had landed on his car.

‘Look at this. Snow, not hail, snow. That’s bird poop… but snow, it is snowing in Calabasas, crazy.’

Kylie Jenner was out and about in Calbasas too, and documented the snow falling on her arm.

The 21-year-old makeup mogul, who appears to have replaced BFF Jordyn Woods with pal Heather Sanders in the wake of reports that Jordyn hooked up with Khloe’s boyfriend Tristan Thompson, said ‘It’s literally snowing in Calabasas’. 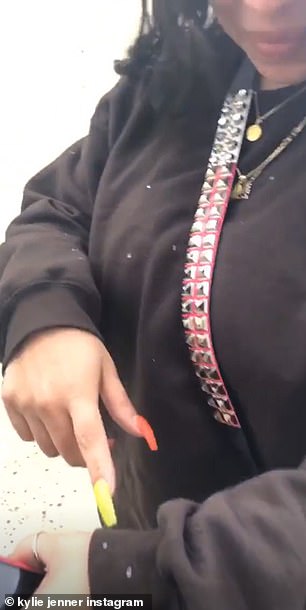 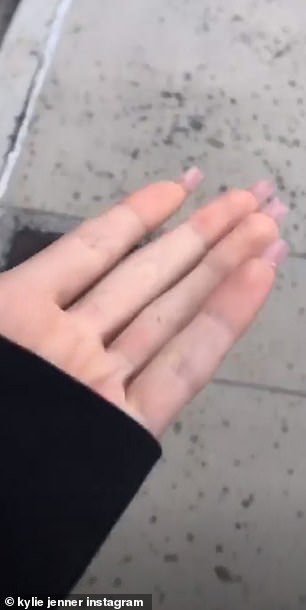 ‘It’s literally snowing in Calbasas’: Kylie Jenner was out with pal Heather Sanders when the duo were shocked to see flakes falling on their sleeves

Kylie filmed snowflakes falling on Heather’s arm before filming the same on her jacket sleeve as she kept warm in a fluffy brown coat.

‘This is crazy’ she added.

Reality star Kendra Wilkinson interrupted her workout to film some of the snowfall as she exclaimed: ‘It’s snowing in Calabasas, holy sh**, I’ve never seen this!’

As well as snow, hail and thunderstorms were forecast for Thursday with three inches of snow estimated to fall in mountain areas above 2,500 feet north of the city. 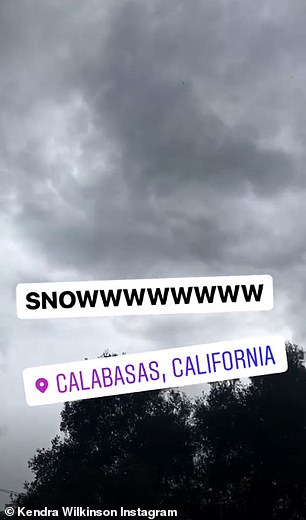 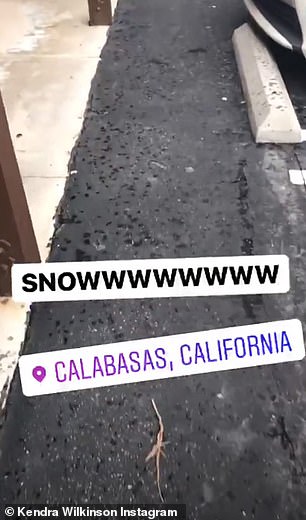 Snow day! Kendra Wilkinson was another celebrity that filmed the unusual occurrence

‘This is probably the coldest storm system I’ve seen in my time in California,’ said meteorologist David Sweet told the LA Times.

‘We’ve had cold mornings and freeze conditions, but I don’t remember seeing anything quite this cold.’ 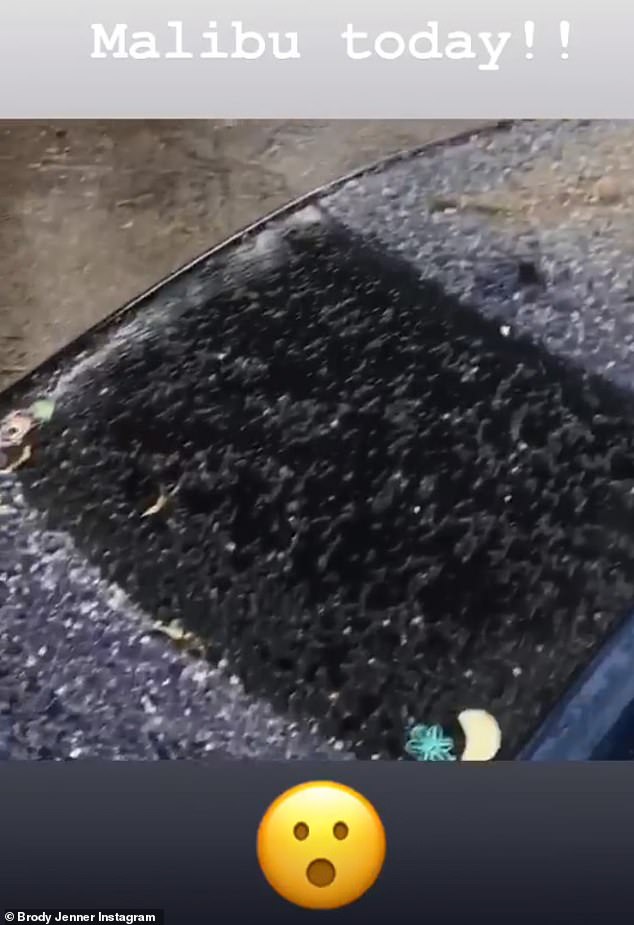 No way! Over in Malibu Brody Jenner documented snow and hail falling on his car