The boss of Heathrow has urged ministers to announce a sustainable aviation fuel mandate at Cop26 in a bid to cut aviation emissions and ‘protect the benefits of flying for future generations’.

Ahead of the two-week November event, Heathrow CEO John Holland-Kaye on Monday called for the UK Government to show ‘real leadership in decarbonising aviation’ and to set appropriate mandates to ‘accelerate the transition’ to sustainable aviation fuel.

In his call to action, Holland-Kaye adds: ‘We should aim for 2019 to have been the peak year for fossil fuel use in global aviation.’

It notes that this is a ‘key milestone’ to securing a global agreement at the International Conference on Aviation Operations (ICAO) next September in Toronto.

To drive the shift to Sustainable Aviation Fuel – which is produced from sustainable feedstocks – Heathrow bosses say that the right policies need to be in place to scale up production in the UK and help drive down costs.

A 2021 report by the US Department of Energy highlights that the price of SAF is currently higher than petroleum-based Jet A fuel.

This is a hurdle to make the switch as fuel is 20 to 30 per cent of the operating cost of an airline. 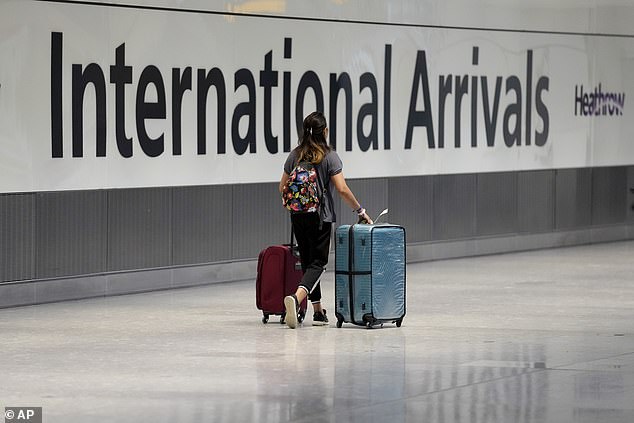 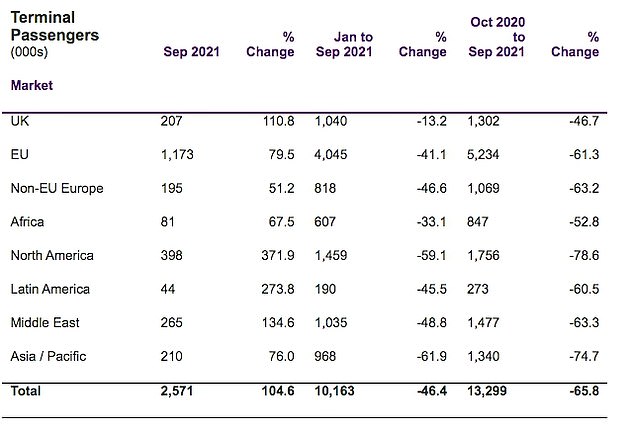 The Heathrow report also touches on the impact of Covid on operations across various aviation sectors.

Passenger numbers across the UK remained at just under 40 per cent of pre-pandemic levels in September, whilst EU rivals enjoyed a stronger resurgence over summer. North American traffic is only 25 per cent of 2019 levels.

Cargo, which is carried in the hold of passenger planes, was close to 8 per cent down by volume in 2019, which Heathrow says ‘reflects the way in which travel restrictions have been damaging UK exports and supply chains’.

But looking ahead, Heathrow bosses are hopeful the recent easing of testing requirements and red-list reduction will serve as a lifeline to the travel industry with the whole process becoming ‘simpler, cheaper and less stressful for all passengers’.

It said: ‘The removal of PCR tests for vaccinated travellers in October and the opening up in the US should mean that passengers can book with confidence for Half Term and Christmas travel, and put us on track for recovery.’