The British boxing superstar led a march through his hometown to different pubs which he claims are ‘racist’ and ‘banning travellers’.

The 32-year-old posted a video of a protest march in Morecambe and Lancaster on Twitter on Wednesday evening along with the message, ‘It’s NOT OK to be racist to travellers’. 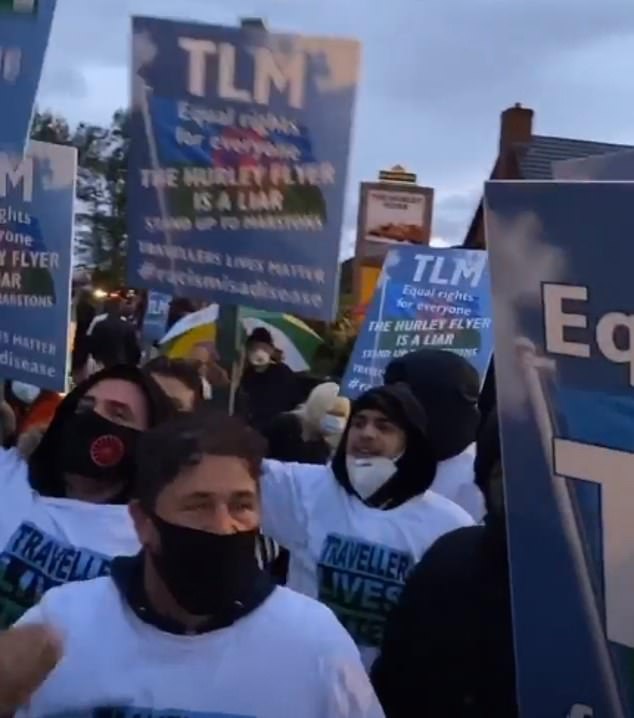 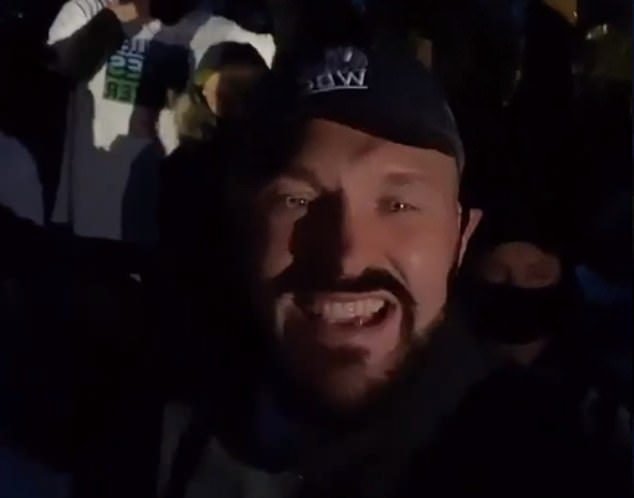 In the video, Fury says: ‘I call out the Prime Minister. Where are you? You need to come to Morecambe and out the racists. Boris, where are you Boris?

‘It’s not OK to be racist to travellers. It’s not acceptable.’

The video shows protestors chanting ‘TLM’ – Travellers’ Lives Matter – and wearing t-shirts and carrying banners emblazoned with the message ‘TLM for everyone’.

In an earlier clip, the boxer, who has traveller heritage and is nicknamed ‘the Gypsy King’ says: ‘Here I am, here in Lancaster.

‘There is a protest going on, Travellers’ Lives Matter. There shouldn’t be racism towards travellers in 2020.’ 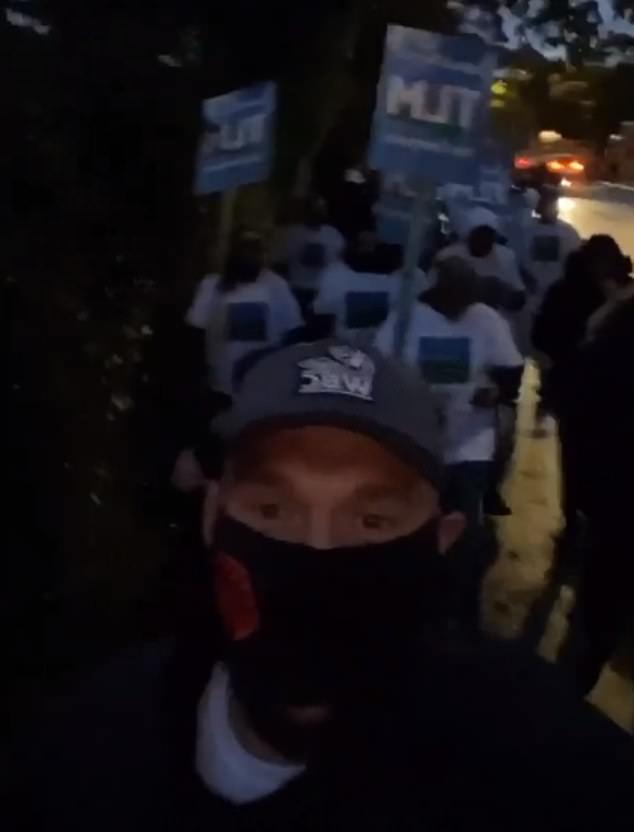 Fury appeared to be at the front of the crowd of people, leading them to different pubs 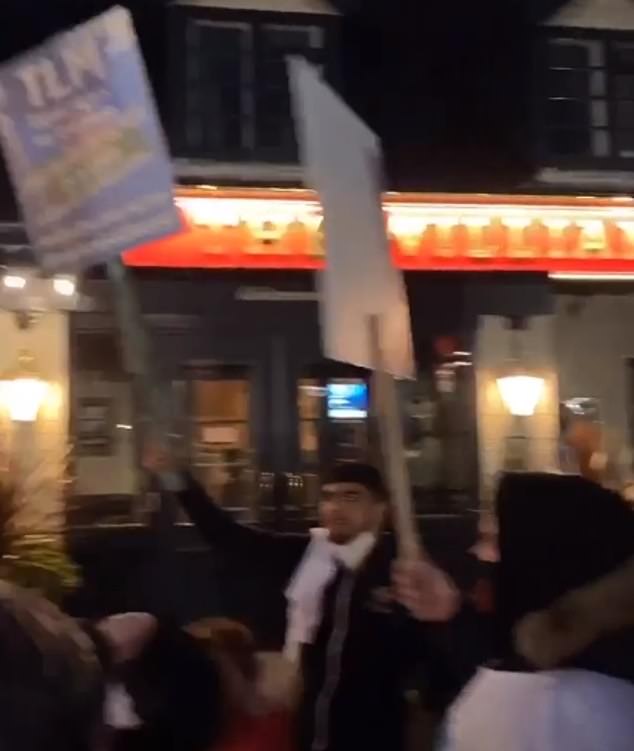 Wearing a WBC cap, Fury appeared to be the ringleader of the group and lead them to different locations.

Many of the protesters held signs, wore specially made t-shirts for the protest and also had face coverings, although there did not appear to be any social distancing.

Some of the crowd had their masks pulled down or placed beneath their noses.

It seems the group borrowed their slogan directly from Black Lives Matter (BLM), the movement that has gathered incredible global momentum since the killing of George Floyd by police in Minnesota.

Fury is seen regularly in his local community of Morcambe and maintains a similar lifestyle to the one he has always had, despite earning millions in his undefeated boxing career.