Owning a home has been a dream for many Australians.

And for Sydney mother-of-one Heidi Farrelly, she has astonishingly paid off her mortgage in just 10 years after sacrificing small luxuries in her lifestyle.

And fast forward, the author now leads a debt-free life.

Here, she revealed how she fast-tracked her mortgage repayments – and her secrets to breaking into the property market.

‘I finally own my own house and it feels amazing,’ she told 7News.

‘Having paid off the house – that freedom, the freedom that you can do things that you didn’t do before – you can go on an overseas holidays.’

The 35-year-old explained how she would simply discourage herself from making unnecessary purchases.

‘Going to the shop and going, “Oh I really love that dress – I want to buy it”, and we would just go: “You know what? It can wait, it’s not necessary”,’ she said.

When she takes her family out for the day, they would prepare their own picnic lunch instead of opting for meals at cafes or restaurants. 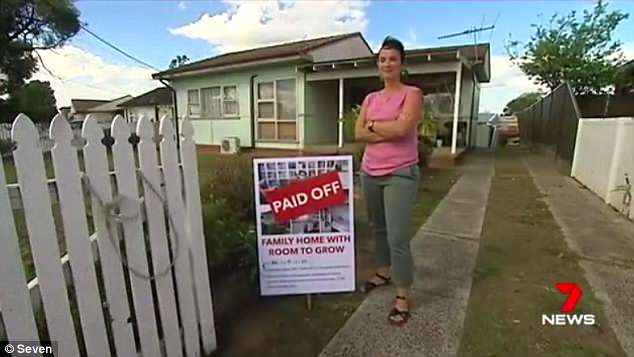 The mother also made fortnightly repayments on her mortgage – meaning her payments were coming out of her bank account without even noticing.

She also suggested looking at other ways to make extra payments, such as putting your pay rise towards your mortgage instead of splashing it on your everyday lifestyle.

‘We looked at the very bottom of our price bracket, so we had enough money left over to make extra repayments,” she said. 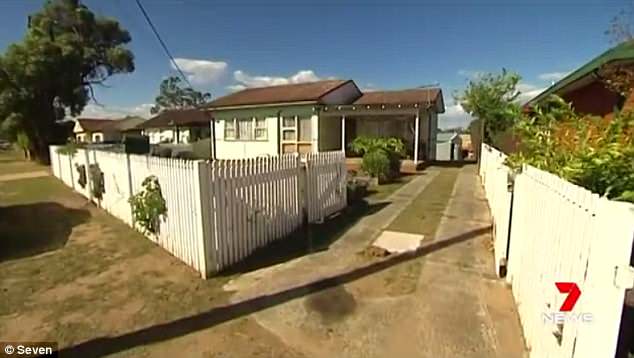 1. Know what you spend your money on each week. Look at all those forgotten direct debits and subscriptions.

2. Use the money you save to start making extra repayments. Even if it’s only an extra $20 a week.

3. Change your repayments to weekly or fortnightly.

4. Eat and drink at home or pack food to take with you to avoid the cost of eating out.

5. Set up a direct deposit from your bank account straight to your mortgage account each week. If you don’t see it you can’t spend it.

6. Use a good budget or a finance app such as pocketbook to help you manage your money, meet goals, and plan for the future.

7. Get rid of your credit cards and only buy things if you actually have the money.

Her tips comes after she published two finance books titled Mortgage Free; and Brilliant Budgets and Despicable Debt to help people get onto the property ladder.

‘I wanted to show people that anyone could use what they had and still get ahead,’ Ms Farrelly said.

‘I used to be terrible with money and I taught myself how to be better and ultimately achieved financial freedom.’

The mother revealed how she often swaps takeaway coffees for home-made ones.

‘Coffee is often at a friend’s instead of at a cafe. We picnic instead of buying lunch out. We camp instead of hoteling,’ she said.

‘We make do with what we have rather than buying new. Things we do need we don’t buy full price, but wait till they go on sale.

‘Essentially it’s about short term discomfort for long term reward. Everyone makes their own choices in life but I’d much rather eat at home now and be free to travel the world later than to eat out every day but always have a mortgage.’

‘You don’t always have to have everything at once or start at the top,’ she said.

‘Work your way to where you want to be. Start small. No one likes to miss out, but it’s all about perspective. Are you missing out, or just finding a better way?’