Heidi Klum’s daughter Leni is her mini me at DisneyLand

At 13, Leni Samuel is growing into a mini version of her mother Heidi Klum.

The two were spotted deep in conversation as they enjoyed a day out at DisneyLand on Thursday.

Walking side by side, bundled up against the cold, mother and daughter sipped from Starbucks cups as they took in the sights of the California theme park.

Model mom! Heidi Klum’s daughter Leni, 13, is her mini me as they enjoy a girl’s day at DisneyLand on Thursday

Heidi wore a long boucle red coat, while her daughter settled for a warm sweater bearing the Gucci name.

The two were accompanied by Heidi’s youngest child, daughter Lou, who wore a Santa hat with her name on it.

The eight-year-old sat beside a friend and her mother as they watched the parade. 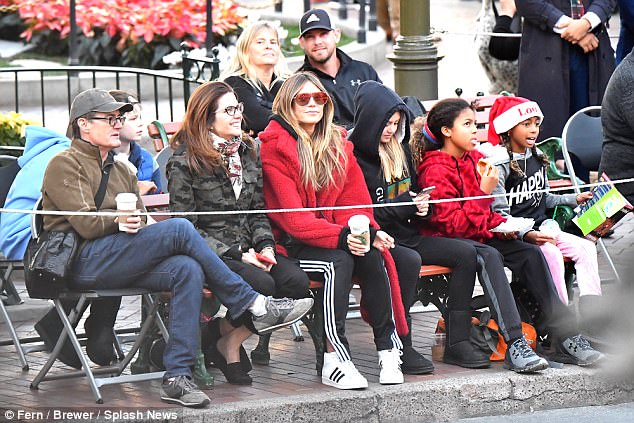 Girls day out: Heidi and Leni were joined by Heidi’s publicist and her husband, left, and daughter Lou and a friend, right 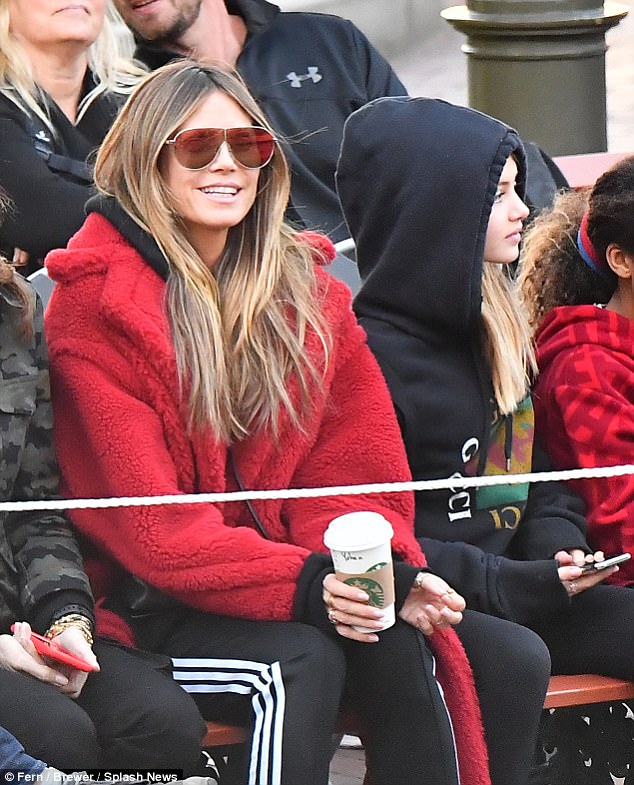 Fresh-faced: Heidi had just jetted home to Los Angeles the previous night, but appeared not to have suffered any jet lag from her trip

The day at Disney seemed to be girls only, with Heidi’s sons Henry and Johan not seen.

Instead Heidi’s publicist and her husband completed the gathering.

While models can usually only expect a few years in he spotlight, Heidi has proved the exception.

At 44, the personable German-born beauty remains as popular as ever, effortlessly moving on from the catwalk to the small screen, fronting TV shows such as Project Runway and America’s Got Talent. 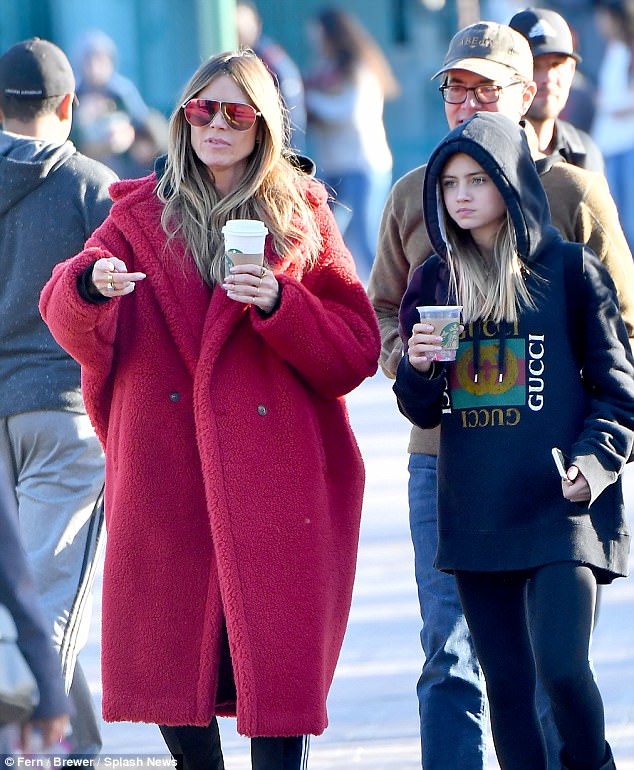 Mom’s the word: The Disney day seemed to be girls only, with Heidi’s sons not seen

The mother-of-four has also used her fame to branch out into other areas, recently teaming up with budget store Lidl to release her clothing line Esmara.

Meanwhile, Heidi has admitted she loves dressing up on December 25 and having the ‘whole family’ together to celebrate.

She said: ‘There’s something about dressing up, having the whole family together and celebrating under one roof that makes it super special. I love the holidays.’ 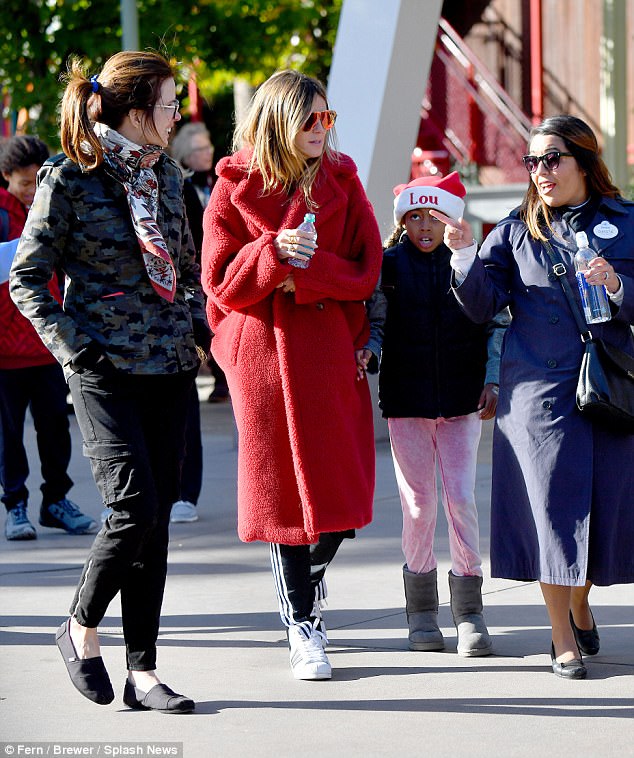 Spot Lou! The model’s youngest child wore a hat with her name on it