Heidi Montag got everything she wants for Christmas.

The 31-year-old reality star took to Instagram Saturday to gush about her good fortune as December 25 rapidly approaches, embracing her son Gunner.

‘Best #Christmas ever!’ she wrote. ‘I have everything I want for Christmas!’

Feel the love! Heidi Montag, 31, embraced her adorable son Gunner in front of a Christmas tree in her latest Instagram post on Saturday

She added the hashtag ‘#blessed,’ along with emojis of snowflakes, trees and musical notes.

Heidi, who welcomed her first child with husband Spencer Pratt, 34, on October 1st, wore a long-sleeved white top and a navy blue baby carrier while embracing her baby son, who peacefully slept as she smiled while gazing at him.

The Crested Butte, Colorado native was posed with her son in front of a fully-decorated tree, which she’ll undoubtedly surround with goodies for him over the next day or so.

The Hills star has been swamped over the past three months, as she’s been tending to the newborn while carefully blending diet and exercise to shed 25 pounds since she gave birth to the tot. 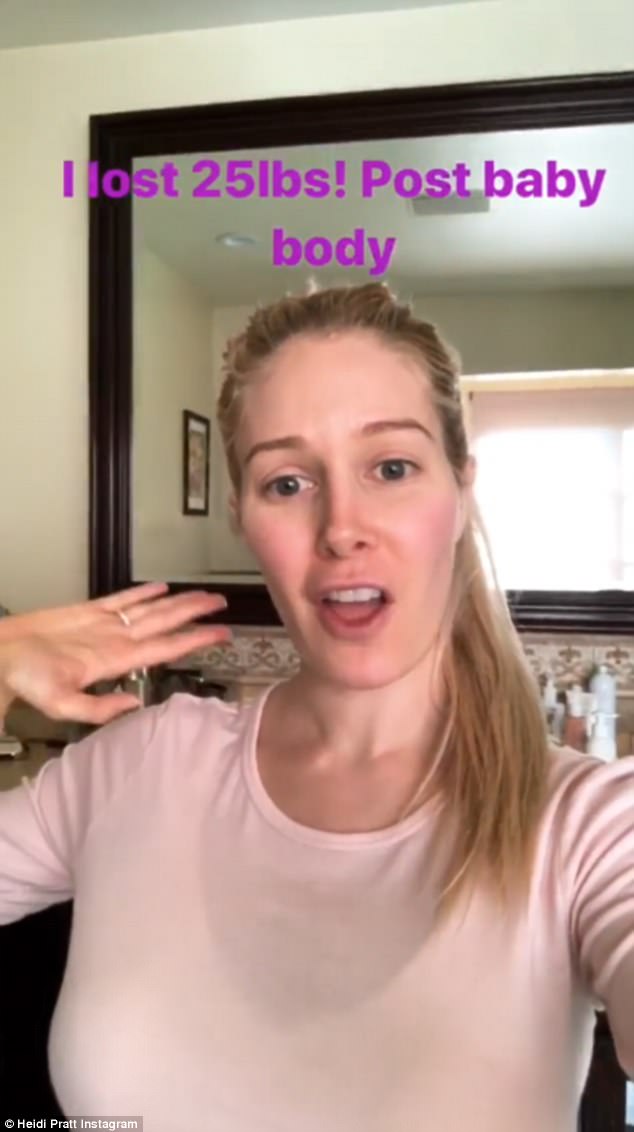 Grinding: Heidi has been hard at work on shedding her baby weight, recently celebrating a loss of 25 pounds 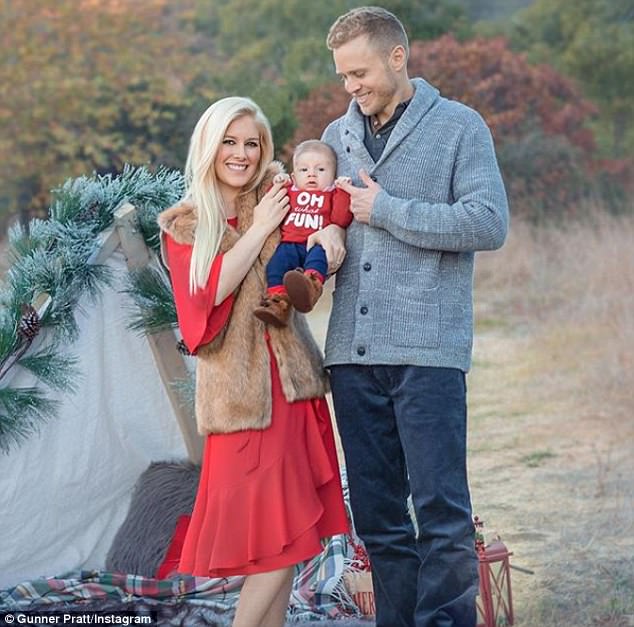 Wonderful Christmastime: The family celebrated in a recent shot shared to the tot’s social media

She and Pratt, who have been married more than nine years, have both been extra emotional amid their first holiday season as parents, frequently posing for adorable social media shots with their tot as they happily embark on their latest phase of life.

‘Christmas is my favorite time of year!’ she wrote earlier this month, adding that she and Spencer were ‘so blessed to have [Gunner] to share all the new traditions and memories! 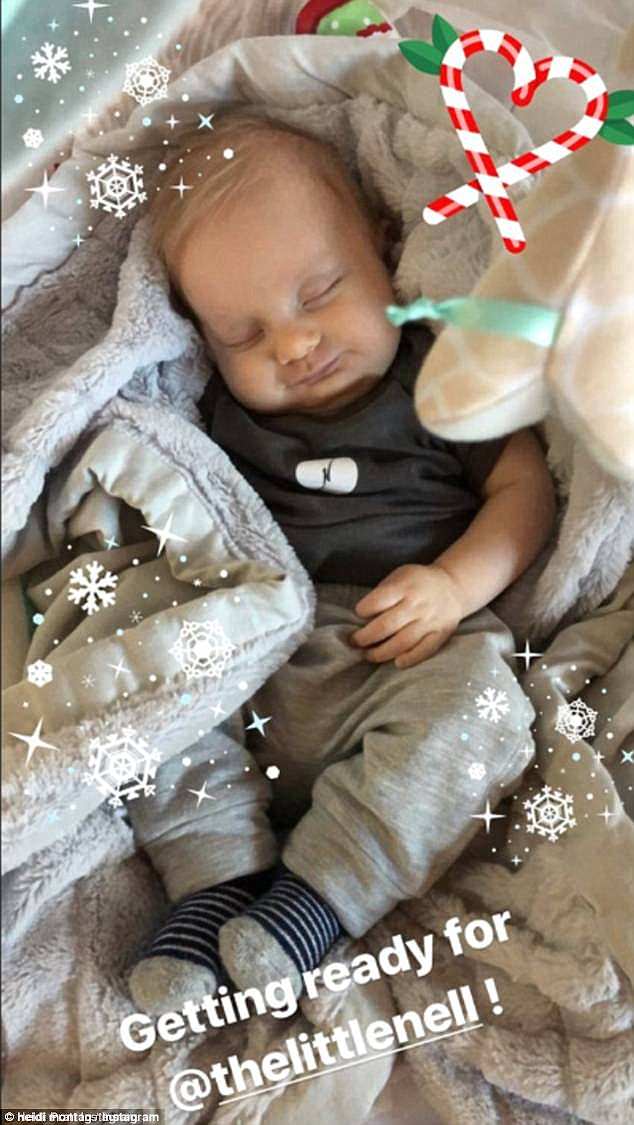 Too cute: The new parents have been liberally sharing shots of their baby boy on social media 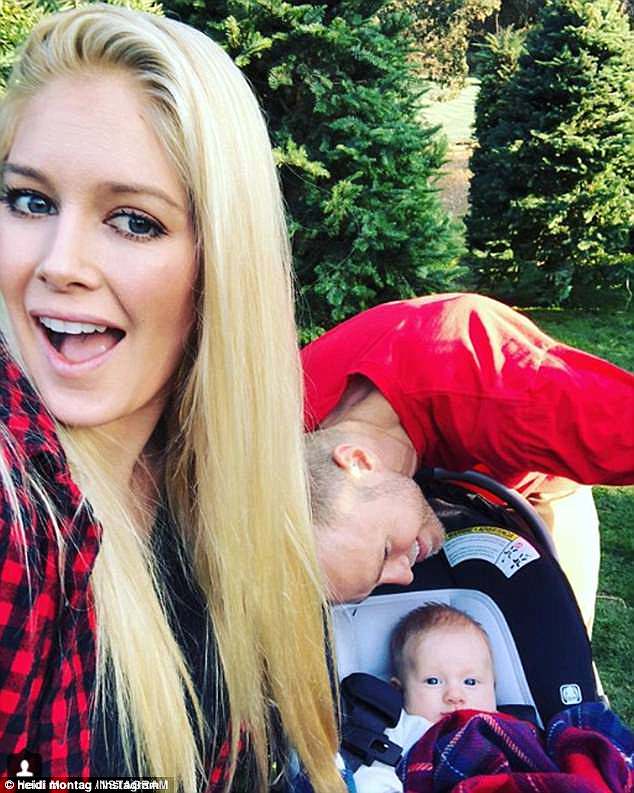 In October, she detailed to DailyMailTV how excited she feels as she embraces motherhood, and her baby boy, who was 6 pounds and 12 ounces, and 19 inches long, when she delivered him after five hours of labor.

‘My heart feels like it’s going to explode every day, just being with him,’ she said, while Spencer noted that Heidi said she wants to ‘do this again … one minute after this baby came out.’