Helen Hunt dons bikini as she enjoys holidays in Hawaii

The 54-year-old actress was snapped in Maui on Wednesday on a vacation, enjoying the holiday season in the Aloha State just four months after her split with Matthew Carnahan, her boyfriend of 16 years.

The Oscar-winning star of As Good As It Gets wore a pink bikini top with black surfing leggings and sandals as she enjoyed a day in the islands surfing.

Beaming: Helen Hunt, 54, was snapped in Maui, Hawaii on Wednesday as she took to the surf on her holiday vacation

The Shots Fired star’s blonde locks were pushed back as she smiled while taking in the season, about four months after she parted with Carnahan, a 56-year-old writer. (The Mad About You actress was previously married to actor Hank Azaria, from 1999 until 2000.)

Insiders in August told People that Hunt and Carnahan ‘had trouble getting along for several years’ amid their parting this past summer. The couple share a 13-year-old daughter named Makena.

Hunt’s passion for the waves has transcended her career on the silver screen, as she wrote, directed and starred in the 2015 dramatic comedy Ride, alongside Luke Wilson and Brenton Thwaites.

She opened up about how she gradually took to the waves while speaking with The Surf Channel to promote the film in May of 2015. 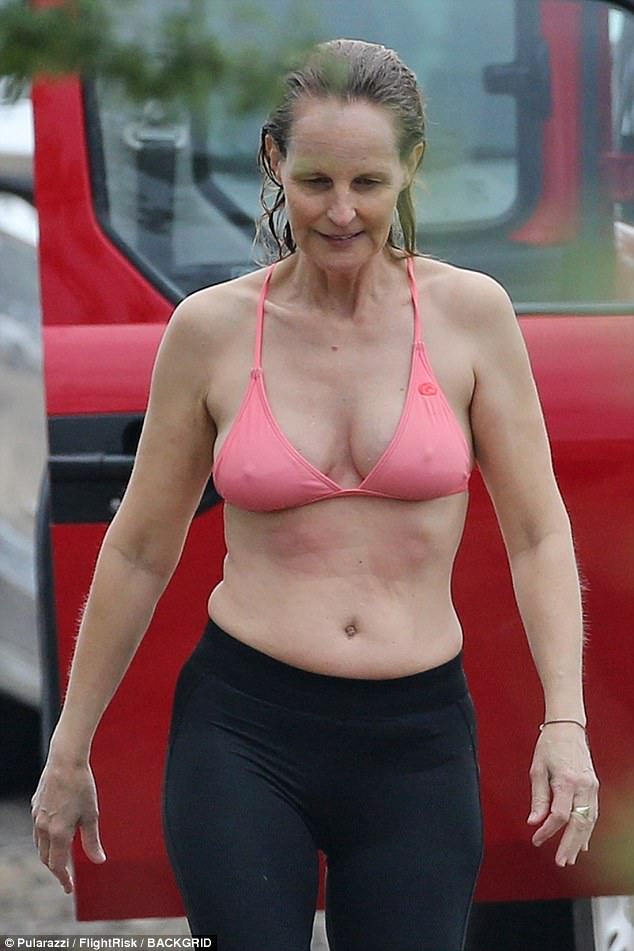 Focused: The Academy Award-winning actress wore a pink bikini top to the beach 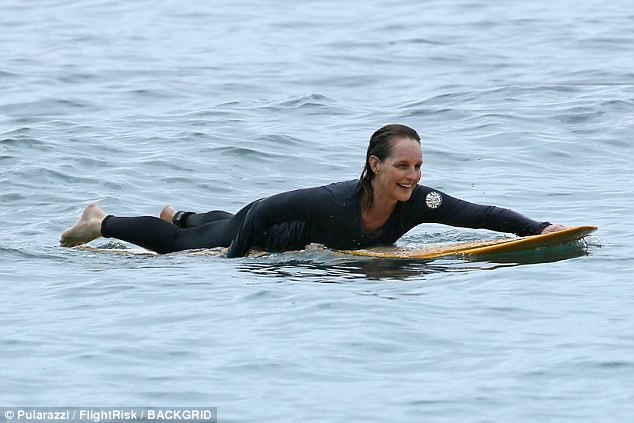 In her element: Helen beamed as she took to the waves in Maui in a bodysuit

Hunt said she ‘always wanted to surf’ and took an interest in watching the waves and the ‘very exotic’ surfers riding them, as a resident of Southern California, which has a surf-rich culture.

She said that she ‘was terribly nervous’ when she ‘finally took a pair of lessons,’ which went awry as she was ‘yelled at by these [instructors] for an hour-and-a-half and could barely get myself out of the water.

‘And I thought: “Never again, I will never ever, ever, ever do this again.”‘ 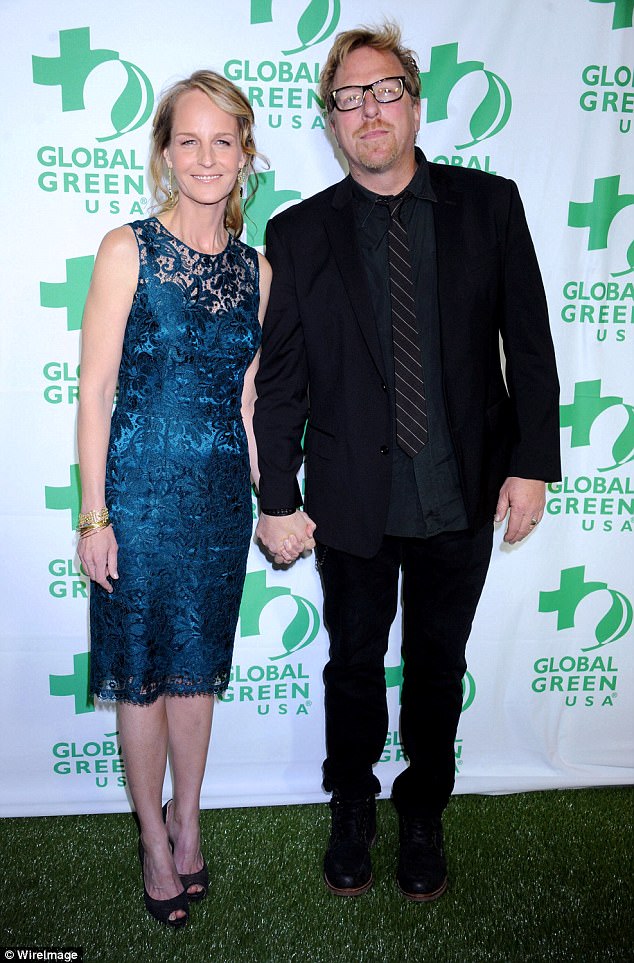 Moving forward: Hunt was spotted out four months after her split with Matthew Carnahan, her boyfriend of 16 years, who she split with in August. The duo was snapped in 2013 in LA 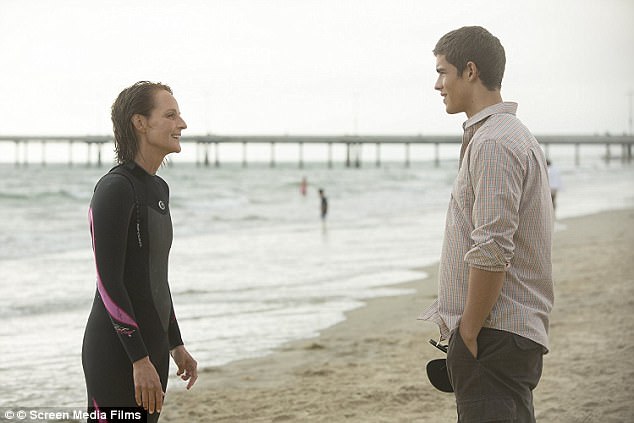 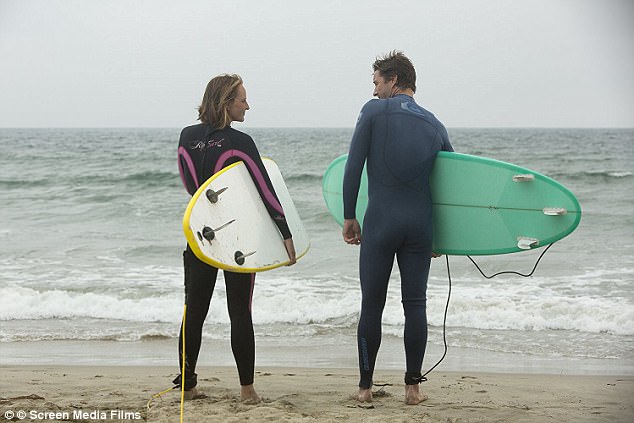 She gave it another shot when a friend with a background in riding the waves promised to make her learning curve more enjoyable.

‘I was still pretty scared … but I started to enjoy it and I started to realize I could find my own way in the water,’ Hunt said, adding that she gradually began to embrace her fears.

Helen continues to ride the unpredictable waves of Hollywood, as she had a prominent role in I Love You, Daddy, the Louis C.K. comedy that remains in limbo amid the comedian’s admission of sexual misconduct following a searing New York Times expose published last month.

She’s slated to appear in The Miracle Season, a high school drama – featuring Tiera Skovbye and Danika Yarosh – which hits theaters in April.