‘She can go a bit wild!’ Helen Skelton’s co-host warns Strictly bosses she may need censors to cut her ‘naughty language’ – as the presenter insists she ‘can’t dance’ after joining the lineup

Helen Skelton’s co-presenter has warned the show might need censors on standby as she ‘has a tendency to be a bit wild’ – after it was confirmed that she would be appearing on Strictly Come Dancing.

Summer On The Farm’s Martin Hughes-Games revealed that during filming for the show they had a special editor on set to cut out her ‘naughty’ language.

Martin told The Sun: ‘Helen’s a bit dodgy to work with. She’s a safe pair of hands but has to be reined in a bit because she has a tendency to be a bit wild.

Bad: Helen Skelton’s co-presenters has warned Strictly Come Dancing might need censors on standby as she ‘has a tendency to be a bit wild’ – as it was revealed she will appear on Strictly 2022

‘We have someone from Channel 5 compliance, on set in South Yorkshire, who tells her that she mustn’t say too many naughty things. Although of course there’s always the chance that she might.’

On Saturday morning, during Claudia Winkleman’s BBC Radio 2 breakfast show, it was that Helen would be appearing onthis year’s Strictly after signing up just a few days earlier.

Helen – who was widely tipped to be taking part in the BBC ballroom show – said: ‘I’m really excited to get stuck into a fun adventure. My family and friends have always loved the show and can’t wait for me to get started.’ 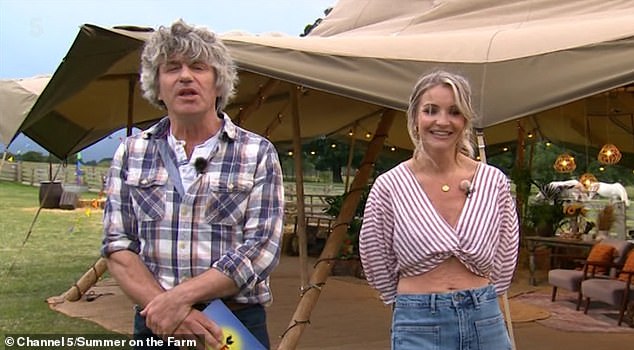 Wild Side: Summer On The Farm’s Martin Hughes-Games revealed that during filming for the show they had a special editor on set to cut out her ‘naughty’ language

On her first BBC Radio 5 show since the announcement, Helen criticised her dancing skills but explained how she can’t wait to learn.

Helen told listeners: ‘I can’t decide if it’s the best or worst thing I’ve agreed to and it hasn’t started yet!’

She went on to explain she only signed up a few days ago: ‘The thing that makes me nervous… I agreed to it a few days ago and people keep saying, ‘Can you dance?’ and I say no because isn’t it the point to learn to dance?’ 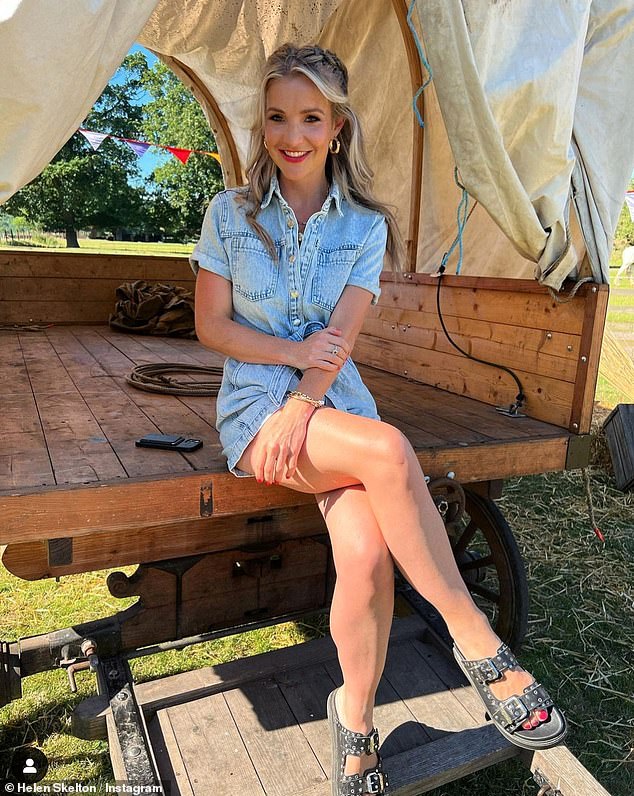 Martin told The Sun : ‘Helen’s a bit dodgy to work with. She’s a safe pair of hands but has to be reined in a bit because she has a tendency to be a bit wild’

Speaking about the glamorous side of Strictly, she said: ‘Most mums go to work and any mum who gets the chance to gets to go to work have their makeup done, their tea made and learn something fun… I thought that’s a gift isn’t it?’

Former Strictly winner Ore Oduba joined the programme as the pair discussed how demanding the dance show can be, while she predicted Helen will walk away with the glitterball trophy.

The mother-of-three started her TV career in children’s television, presenting Newsround and Blue Peter on the BBC.

Whilst presenting on Blue Peter for 5 years she took on some incredible challenges, including completing the Namibia Ultra Marathon, cycling to the South Pole and kayaking over 2018 miles down the Amazon River.

She has also hosted Channel 4’s Rugby league Super league coverage and Inside The Superbrands in addition to the highly successful On The Farm series for Channel 5 and being a regular on ITV Tonight. 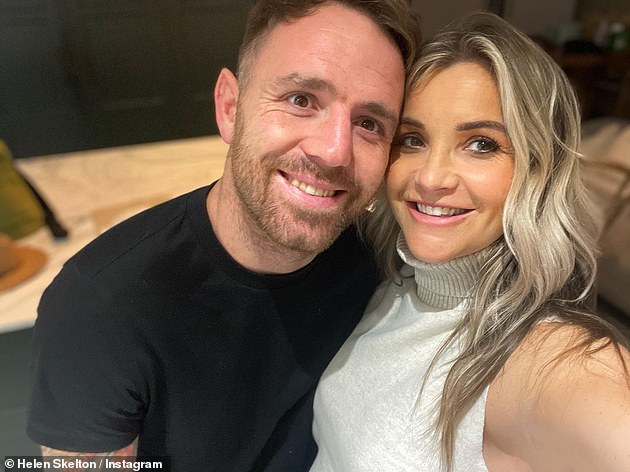 Ex: Helen was left devastated earlier this year when her husband Richie Myler, 32, ended their eight-year marriage (pictured in February)

Helen was left devastated earlier this year when her husband Richie Myler, 32, ended their eight-year marriage and struck up a relationship with new girlfriend Stephanie Thirkill, 32.

Rugby star Richie announced his split from the TV presenter, in April – four months after they welcomed their third child together – and his relationship with Stephanie came to light just days later.

Stephanie is the daughter of Andrew Thirkill, who is one of the richest businessmen in Leeds and is worth an estimated £175 million.