Helicopter crashes into a house in Mentone, Melbourne

A small helicopter crashed into the roof of a suburban house in Melbourne’s south-east.

The helicopter struck the residence in Tylden Court, Mentone, at about 1pm on Wednesday afternoon.

Ambulance Victoria said in a statement the pilot, male, was in a stable condition and assessed at the scene by paramedics before he was taken to Alfred Hospital with lower body injuries.

No one was inside the home at the time of the incident.

Horror photos from the crash show several firefighters working to free the man from the helicopter wreckage.

A helicopter has crashed into the roof of a southeast Melbourne home (pictured, emergency services at the scene of the crash) 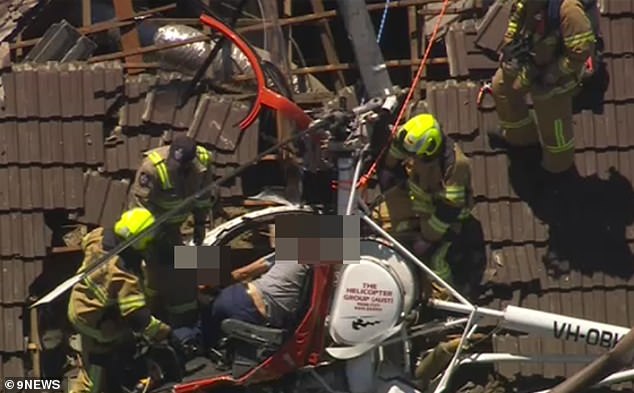