A government oversight could potentially be pushing hundreds of Help to Buy homeowners into arrears on their debt without them realising.

A flawed system for collecting repayments on their interest-free loans has left early home buyers facing the prospect of unwittingly being behind on payments.

It’s now been six years since the flagship scheme was introduced with the intention of helping thousands onto and up the British property ladder.

And while the numbers suggest that controversial Help to Buy has been a success in helping some buy a home who would otherwise not have been able to, an audit has revealed that a failure to put repayment systems in place could be costing many early adopters dearly.

Hundreds of Help to Buy homeowners are now in arrears, potentially without even realising it

One of the features of the equity loan is its five-year interest-free period before charging at a rate of 1.75 per cent.

But a report released today by the National Audit Office, the first of its kind in over half a decade, has revealed that systems to collect this interest were not put in place when some of the loans were originally set up.

This failure has now led to 5 per cent of interest-paying Help to Buy homeowners – approximately 739 households – falling into arrears.

This means they’ll be unable to remortgage, and could be paying hundreds of pounds over the odds each month as a result.

The audit found that in almost all cases homeowners affected had fallen into arrears because these processes weren’t put in place.

On top of this, these households had not responded to contact from the loan’s administrator, Target.

How much could this cost homeowners?

They took out a five-year fixed rate with Natwest at 5.49 per cent. Monthly repayments were £920.

With the equity loan remaining in place, this would put their loan-to-value at 55 per cent.

Some of the best deals in this range float around 1.78 per cent, and monthly repayments would drop to around £674.

But for those customers who have unknowingly slipped into arrears on their equity loan, they would be in for a nasty surprise when the time came to remortgage.

Being in arrears would disqualify them from being able to remortgage, and instead they would slip onto their lender’s standard variable rate.

The average standard variable rate currently hovers around 4.89 per cent – this would result in monthly repayments of around £889 – £215 more a month than if they had remortgaged.

On top of this, the interest owed on their equity loan has been piling up all along.

However, there is also a strong possibility that many who bought with Help to Buy will not have seen their property’s value rise, as any house price inflation since then is eroded by the removal of the premium usually paid for brand new homes.

This could see their financial situation look worse than the example above.

Homes England attributes this mainly to out-of-date or incomplete contact details held by Target for these buyers – meaning that many of these homeowners might not even know they are falling further into debt.

If this is the case, when the time comes to remortgage these households will be unable to do so until they have cleared all that debt.

This is potentially leaving them hundreds of pounds out of pocket each month as they become stuck on their lender’s standard variable rate.

The first homeowners in the scheme started paying interest in May 2018, five years after the first loans were issued.

Figures show that at December 2018, around 7 per cent of homeowners using the scheme were paying interest, while most homeowners were still within the five-year interest-free period.

But as of February 2019 around 5 per cent of homeowners due to pay interest were in arrears.

When contacted by This is Money, a Homes England spokesperson said: ‘Customers were contacted to advise them interest payment was due to commence and a payment schedule was then arranged.

‘Since September 2016, this has changed so that customers now pay a management fee from their completion date, which means a direct debit mandate is already in place once the interest-free period ends and the transition to regular payment is seamless.

‘Any customers in arrears may still remortgage once they have an agreed affordable repayment plan in place, or the arrears have been settled in full.’

Lenders say however that a homeowner would not be able to remortgage while still in arrears.

The far-reaching report also found that once the interest started rolling in, those responsible for dealing with customer enquiries were woefully unprepared for the task.

The report suggests that Target, the organisation administering the loans on behalf of Homes England, was overwhelmed by the volume of queries from homeowners once they started redeeming their loans and paying interest.

At one point, approximately 25 staff were dealing with some 20,000 customer enquiries per month.

As a result the company had to triple the number of staff dedicated to administering the scheme to keep up with demand.

A spokesperson from Target said: ‘The Help to Buy equity loan scheme was an innovative new product when it launched in 2014. As a result, Target has had to work closely with Homes England to develop and design a unique new customer journey.

‘At times the unprecedented nature of the product has made it difficult to predict customer enquiry volumes and customer behaviours.

‘Throughout its time working with Homes England, Target has responded robustly and promptly to identify, mitigate and resolve any issues as and when they have arisen.

The report also suggests that the group’s process for recovering outstanding debts wasn’t up to scratch. Target did not use enforcement agents or share information with credit reference agencies, the auditor found.

The group has since responded to this stating that it does use enforcement agents but was unable to in this case due to contractual and policy limitations. 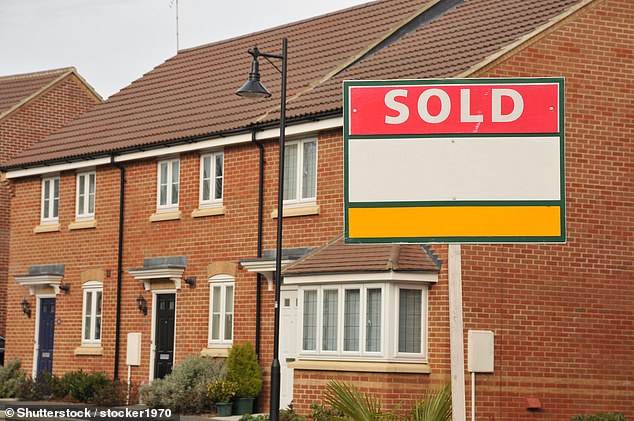 Lenders will not allow those in arrears to remortgage, meaning they could get stuck on an SVR

On top of this, Homes England itself had raised concerns over the accuracy and completeness of data held by Target, including a lack of checks carried out on data on loan amounts.

The spokesperson added: ‘Homes England and Target have worked together extensively to address many of the points raised by the National Audit Office report already.

‘At the time this audit was undertaken, Target was making changes to strengthen processes and these changes have now been implemented, ultimately leading to better service for Homes England customers.’