Henrikh Mkhitaryan has been pictured pitchside at the Emirates ahead of Arsenal’s Carabao Cup semi-final second leg against Chelsea.

Mkhitaryan, who joined the Gunners from Manchester United as part of a swap deal with Alexis Sancehez going the other way, is cup-tied for Wednesday night’s clash.

But that hasn’t stopped him from being in north London for the match against Antonio Conte’s Blues. 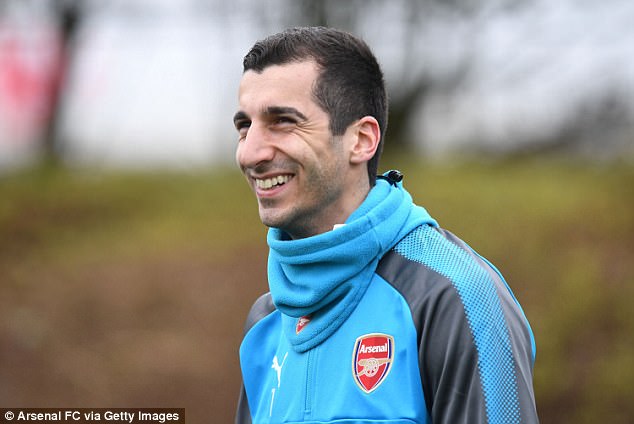 No doubt he will be looking forward to watching team-mate Mesut Ozil after declaring that the German playmaker was the player he most wants to play with.

Mkhitaryan told the club website: ‘Here at Arsenal I know that lots of players move a lot and it’s incredible the way the team plays. I will do my best to assist them as well.

‘I think it will be really fun to play alongside Ozil. Everyone knows he’s a fantastic player, he’s an assist king. 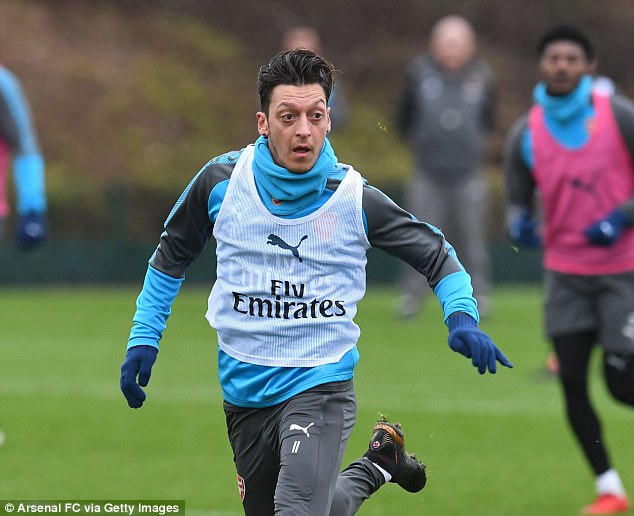 ‘His intelligence, the way that he can understand the game, reads the game, plus the way he gives pace to the game and of course his final decision.’

Mkhitaryan has inherited Sanchez’s No 7 shirt at Arsenal, indicating the esteem and expectation held for him at the Emirates Stadium.

He trained for the first time with his Arsenal team mates on Monday – however fans will have to wait a little while before seeing him in competitive action. 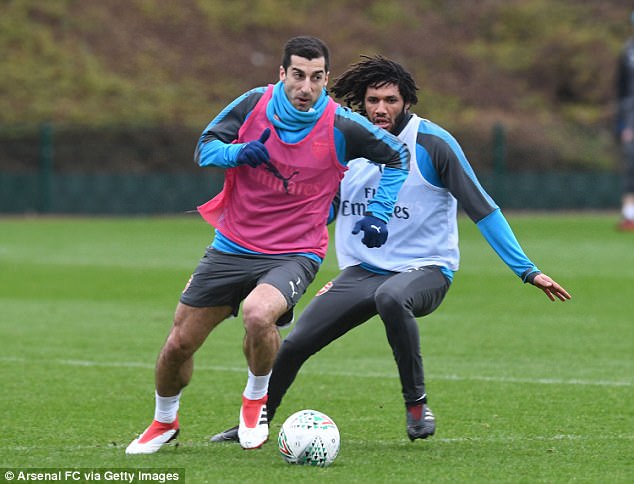 Mkhitaryan joined Arsenal in a sensational swap, with Alexis Sanchez moving the other way